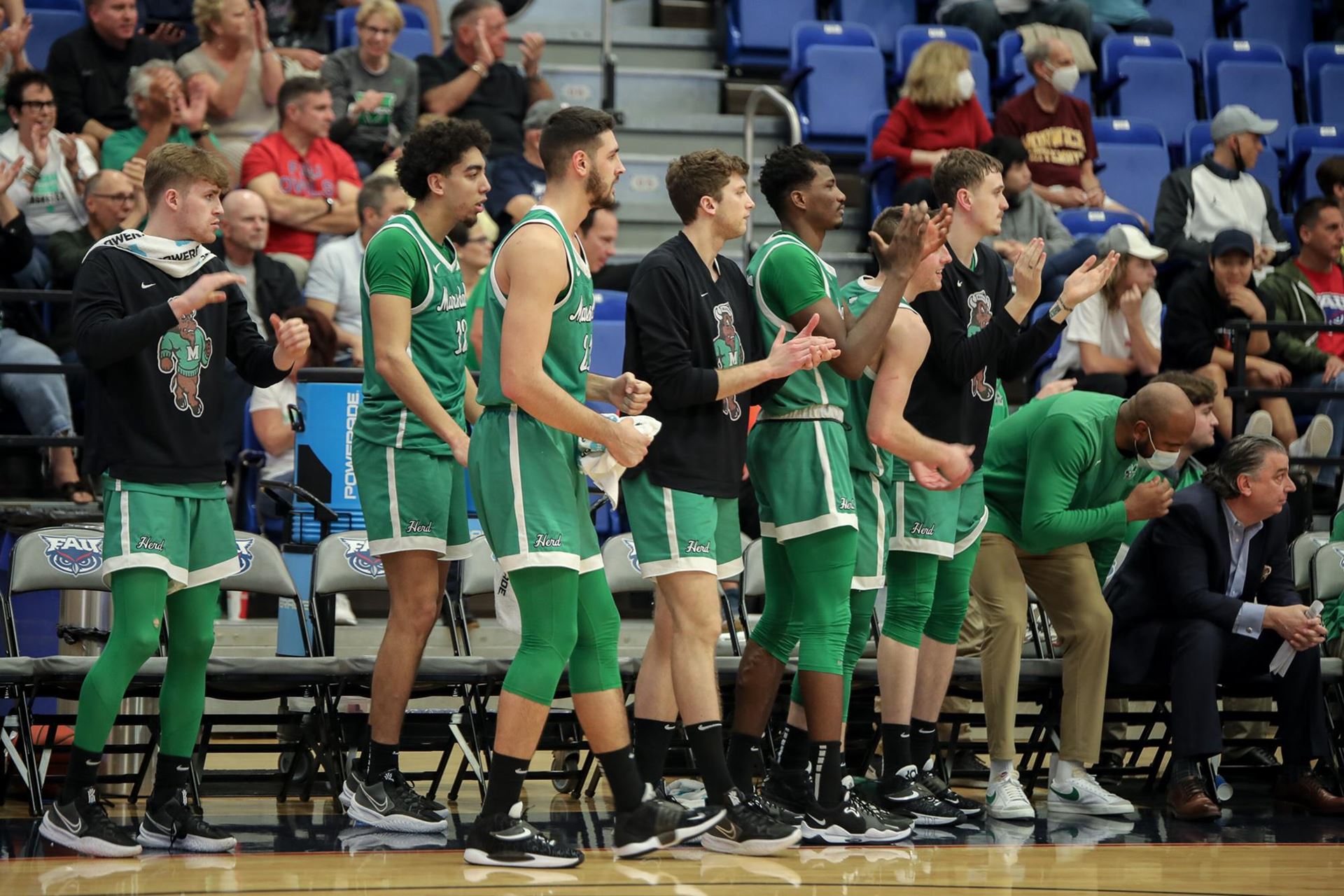 Marshall coach Dan D’Antoni made no bones about it. Make shots or else.

“You shoot 37 (percent), 14 (percent from three) you’re not going to win games,” D’Antoni said Saturday after Florida Atlantic defeated the Thundering Herd, 71-60, in front of 1,721 fans at Abessinio Court at FAU Arena in Boca Raton, Fla. “They’re not bad shots. As good as what they’re taking, we’ve got to find a way to get the ball in the hole.”

With its third straight win, FAU leads the Conference USA at 4-2, 11-8 overall. The Owls are a half-game ahead of Charlotte and Middle Tennessee. They are No. 4 in three-point shooting in the league.

The Herd’s largest lead Saturday was one point at 23-22 with 3:48 left in the first half. The Owls steadily pulled away in the second and their largest lead was 69-55 with 1:57 left.

The win at The Burrow gives FAU the regular-season sweep over the Herd. The Owls won the first meeting 90-77 on Jan. 8.

Alijah Martin led the Owls with 14 points. Michael Forrest and Bryan Greenlee added 12 each. Johnell Davis had 10 off the bench.

In his postgame talk with the media, one could sense Kinsey’s frustration.

“We’re tired of losing,” he said. “I tell the guys the same thing. We’ve got to try to get over that hump. I take every bullet. Continue to fight.”

D’Antoni’s frustration showed through as well.

Marshall returns to action Thursday at home against Middle Tennessee. Tip is 7 p.m. at Cam Henderson Center. UAB visits next Saturday at 7 p.m.

Marshall learned earlier this week its game at Southern Miss has been rescheduled for February 21 by the league. COVID-19 issues for Southern Miss caused the postponement on January 1.