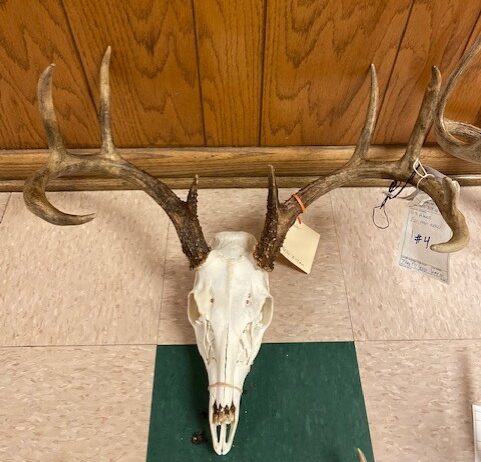 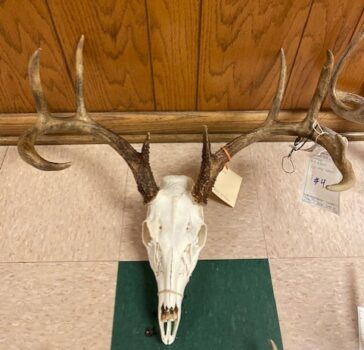 Some of the evidence collected in the DNRs investigation of a poaching case in Mineral, Grant, and Hampshire County which included 27 bucks killed illegally. 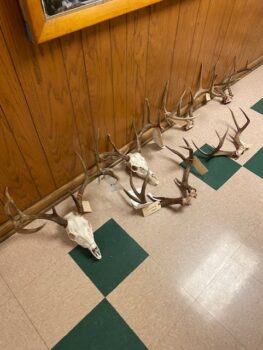 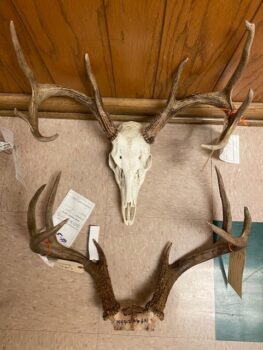 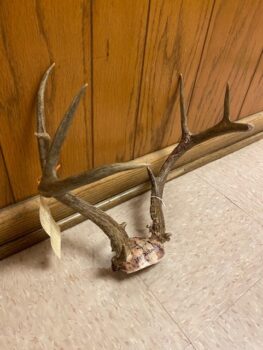 “Our officers were receiving complaints about spotlighting in an area of Mineral County and started working it in the early part of fall. The investigation continued into December when they started getting the case together,” said Lt. Tim White of the West Virginia Natural Resources Police.

The case includes 223 separate charges. Each individual faces an array of those charges. Two of those cited are Tyler Biggs and Dalton Dolly, both of whom were Mineral County Sheriff’s Deputies at the time of the alleged offenses. Both were placed on administrative leave pending an internal investigation. Mineral County Sheriff Forrest “Buddy” Ellifritz told the Cumberland Times newspaper both resigned before the internal investigation could begin.

“Anytime you have fellow law enforcement officers involved, it’s not a day you’re jumping up and down about, but we took the case where it was leading us and those responsible are going to have to face the consequences,” White said.

According to the criminal complaint the individuals were responsible for illegally killing 27 antlered bucks primarily in Mineral County, although some of the activity occurred in Grant and Hampshire County as well. A dozen of those bucks will fall under the state’s trophy classification, which is at least 14 inches on the inside spread of the antlers. State code increases the fines substantially for poaching a trophy status buck.

White said Natural Resources Police Officer Mike Lott, Corporal Brian Nuzum, and several other NRPO’s who were called in to assist worked hard to catch the group in the act, but were never able to make the encounter.

“It was not from a lack of trying, they were out in the fields at night. Through some of our evidence we found they were within a few miles of these guys on several nights, but never met up,” White explained.

The criminal complaint alleges the group was running back roads late at night and shooting the deer spotlighted on private property from their vehicles. The charges include: spotlighting, hunting/taking during closed seasons, illegal possession of wildlife, hunting from a motor vehicle, hunting half hour after sunset/before sunrise, loaded gun in a motor vehicle, failure to check deer, exceeding the yearly limit of antlered deer, trespassing and conspiracy among others.

“By and large, they weren’t little tiny spikes or scrub bucks, but they were shooting what looks like anything from six or eight points and above,” said White.

The case is filed in the magistrate court of all three counties. The Mineral County Prosecutor has recused himself and a special prosecutor will be appointed to the case in Mineral County because of the charges against the former deputies.

White said the investigation is ongoing and additional charges could be filed.