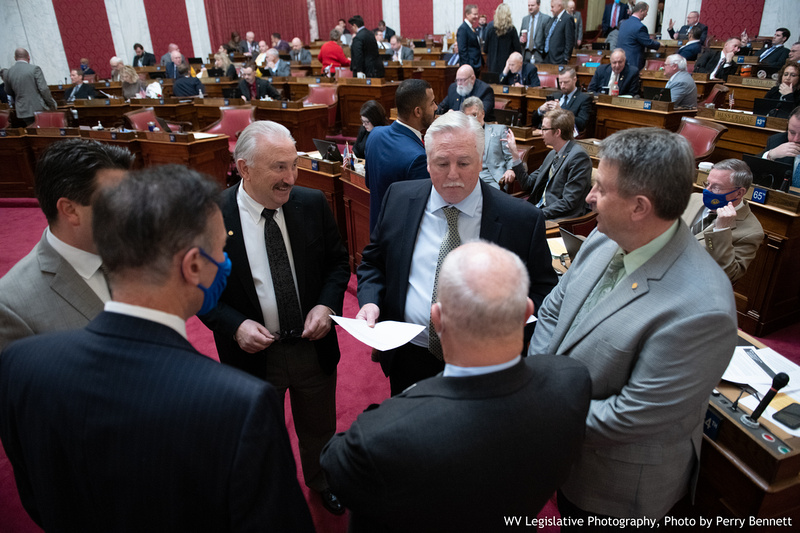 House Bill 4007 would prompt an initial 10 percent cut for each bracket while also establishing a savings fund for possible future cuts.

There is not yet a fiscal note to assess the cost. The House Finance Committee examined the bill this afternoon and advanced the full bill to the floor without discussion.

There is a tax reduction plan that will be introduced in the House of Delegates. It is Eric Householder's, House Finance Committee Chairman, plan. He explains his plan and more to @HoppyKercheval. WATCH: https://t.co/yCFQ3nDJuy pic.twitter.com/TjeeBKDP5S

The bill would lower each of West Virginia’s five tax brackets by 10 percent starting Jan. 1, 2023.

“It’s a start. We’ve been talking about tax reform for years,” Householder said.

The other aspect of the bill would establish a savings fund that could be used to cushion future cuts if legislators choose to make them.

The account, called the “Stabilization and Future Economic Reform Fund” — or SAFER — would draw money from any revenue surplus the state runs at the end of the fiscal year.

Right now, the state takes 50 percent of year-end surplus and pumps it back into the general fund. The other half goes to rainy day funds.

The current balance in West Virginia’s rainy day accounts is historically healthy, almost a billion dollars. As of June 30, the amount was $995 million, according to state figures.

So the bill would divert that year-end surplus from the rainy day funds and instead put the money into SAFER.

The bill does not institute triggers or call for additional, automatic income tax cuts — but if legislators in coming years want to pursue more income tax cuts then they could draw from that savings.

“Obviously with this plan that’s being proposed, it could take many years to eliminate it — but it puts us on the path, and that’s the key. One, to get it on the books. And could it ever be accelerated? Could it be changed? The answer’s yes,” Householder said.