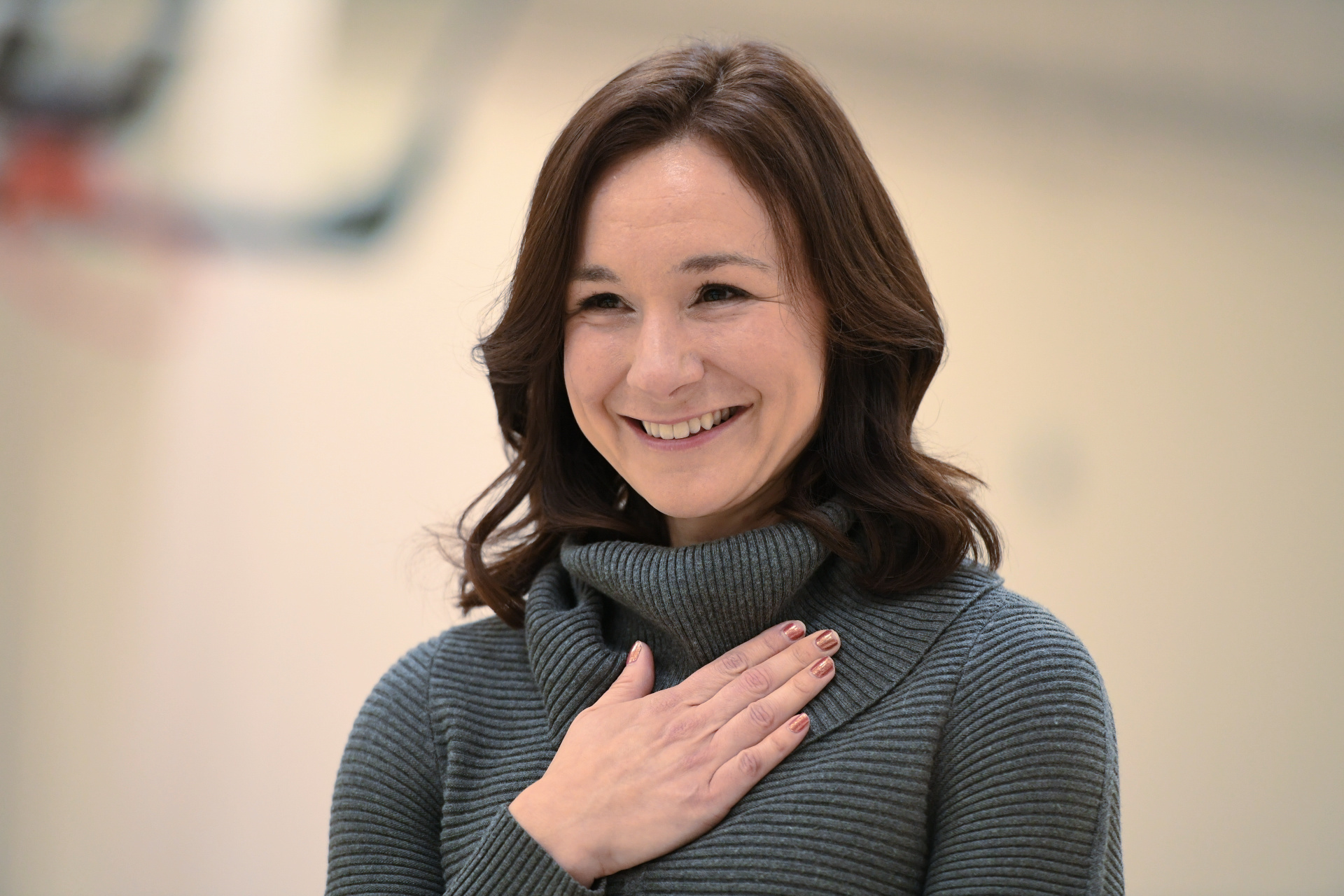 BAKER, W.Va. — An Eastern Panhandle teacher is the first in the nation this school year to receive $25,000 for the Milken Educator Award.

“I had no idea it was going to happen, but I’m very grateful,” said Michelle Wolfe, an English teacher at East Hardy High School in Hardy County.

Wolfe was surprised in the school’s gymnasium Wednesday morning for what she thought was an assembly about mental health.

“Superintendent (Clayton) Burch started talking about one caring educator and he introduced a representative from the Milken Educators Family Foundation. I realized it was not about our social/emotional program anymore,” she said.

The school in Baker was the first stop on the 35th Milken Educator Awards anniversary tour honoring America’s heroes, innovative and dedicated teachers.

Wolfe is among more than 60 educators nationwide who will be recognized during the 2021-22 school year. She is the first Milken Award recipient from Hardy County since 1994.

“This is the first time I’ve ever been presented with a big check, so I am not entirely sure. I do know that I want to find some ways to give back because although the award has my name on it, I couldn’t have done this without my community and without my students,” Wolfe said.

We can’t keep it a secret any longer! This morning, the @Milken Family Foundation surprised Michelle Wolfe, an English teacher at East Hardy High School, with $25,000 for excellence in teaching. #MilkenAward #WVEd #TeachWV pic.twitter.com/se2s1oSqCt

The COVID-19 crisis has changed the way she communicates with her students.

“Teaching during this time has really meant being able to adjust and be flexible, but most importantly to pay attention to what the students are needing in this moment and try to be responsive to that,” she said.

Her passion for teaching her students how to write is very personal.

“When a student figures out that they have something important to say and that their experiences are an important part of the writing process, they’re valid and that they have a perspective that’s going to matter to other people, that’s the moment when teaching writing becomes an absolute joy,” she said.

Wolfe said, most of all, she wants to do the award justice.

“It’s a honor to be recognized, but I definitely want to live up to that honor and I want to make sure that I’m celebrating other folks along the way,” she said.

Wolfe is a native of Moorefield. She received her bachelor’s in secondary education from Shepherd University in 2009 and a master’s in English from Grand Canyon University in 2021.

The Milken Educator Award is hailed as the “Oscars of Teaching,”meant to inspire and uplift with the unique stories of educators making a difference for their students, colleagues and communities.