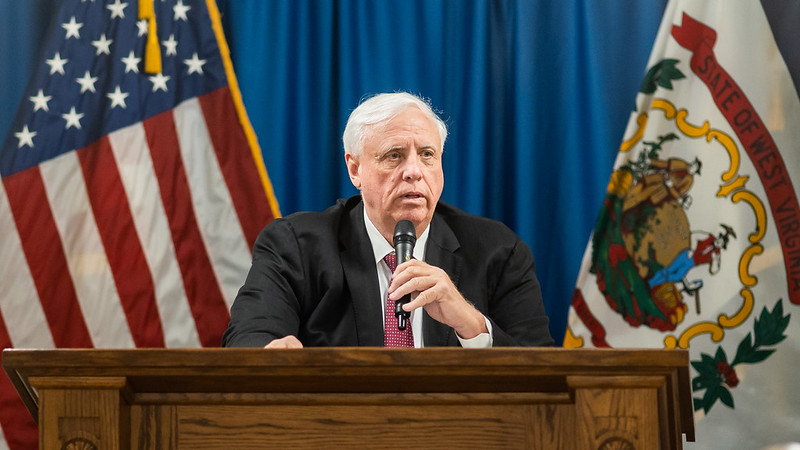 Democratic legislators asked for Gov. Jim Justice to call a gas tax holiday because of rising prices, but the governor said that’s beyond his power and they should have asked in the form of a bill.

West Virginia’s gas tax is 35.7 cents a gallon. Democrats asked for it to be lifted for 30 days — a cost of about $35 million to the state Road Fund. They proposed backfilling through funding alternatives.

“I would absolutely love to suspend this tax and provide at least a little bit of relief for hard working West Virginians who are paying the price for rampant inflation and soaring energy costs. However, I cannot legally suspend this tax, only our Legislature can,” Justice, a Republican, said in a 10-paragraph response to the Democrats.

“The Democrats absolutely know I don’t have this authority, so I guess what they are really asking me to do is to call a Special Session and ask the Legislature to suspend the gas tax. The Legislature just adjourned their 60-day session a few days ago; why didn’t the Democrats introduce a bill at that time?”

Russia invaded Ukraine on Feb. 24, throwing the world and its energy markets into turmoil.

The last day in the Legislature to advance bills from their house of origin was March 2.

“The last two to three weeks of session are really quick and really fast. In fact, on that point, all the bills that need to be introduced have to be introduced at that time,” he said. “Two or three weeks ago, we didn’t see the type of pressure we’re seeing on world markets today. In any case, better late than never as far as I’m concerned.”

In neighboring Maryland, Gov. Larry Hogan, a Republican, proposed and state legislators approved an emergency bill to provide a gas tax holiday. It could kick in Friday. Virginia Gov. Glenn Youngkin, another Republican, has called for a three-month gas tax holiday.

West Virginia Democrats made their pitch on the lawn of the state Capitol, across from an Exxon station.

“This money people will save at the pump can go towards childcare, a mortgage, or groceries,” said House Minority Leader Doug Skaff, D-Kanawha. “West Virginians need to get their kids to school and themselves to work.”

The Democrats proposed making up for the gas tax holiday by using funding funding from the governor’s contingency fund or a supplemental appropriation to the Road Fund during the next interim session. The state currently has a budget surplus approaching $600 million.

“We want to do this responsibly,” said Senator Stephen Baldwin, D-Greenbrier. “We can pause the gas tax while also fully funding the state road fund. This is just giving the people back some of their own money when they need it most.”

Justice said the Democrats were trying to show him up.

“The answer is this is nothing but a political stunt, designed to get their names in the headlines and make me look like the bad guy,” Justice said. “They probably figured I wouldn’t call them out for setting me up to supposedly be against lowering the cost of gas. They were wrong.”