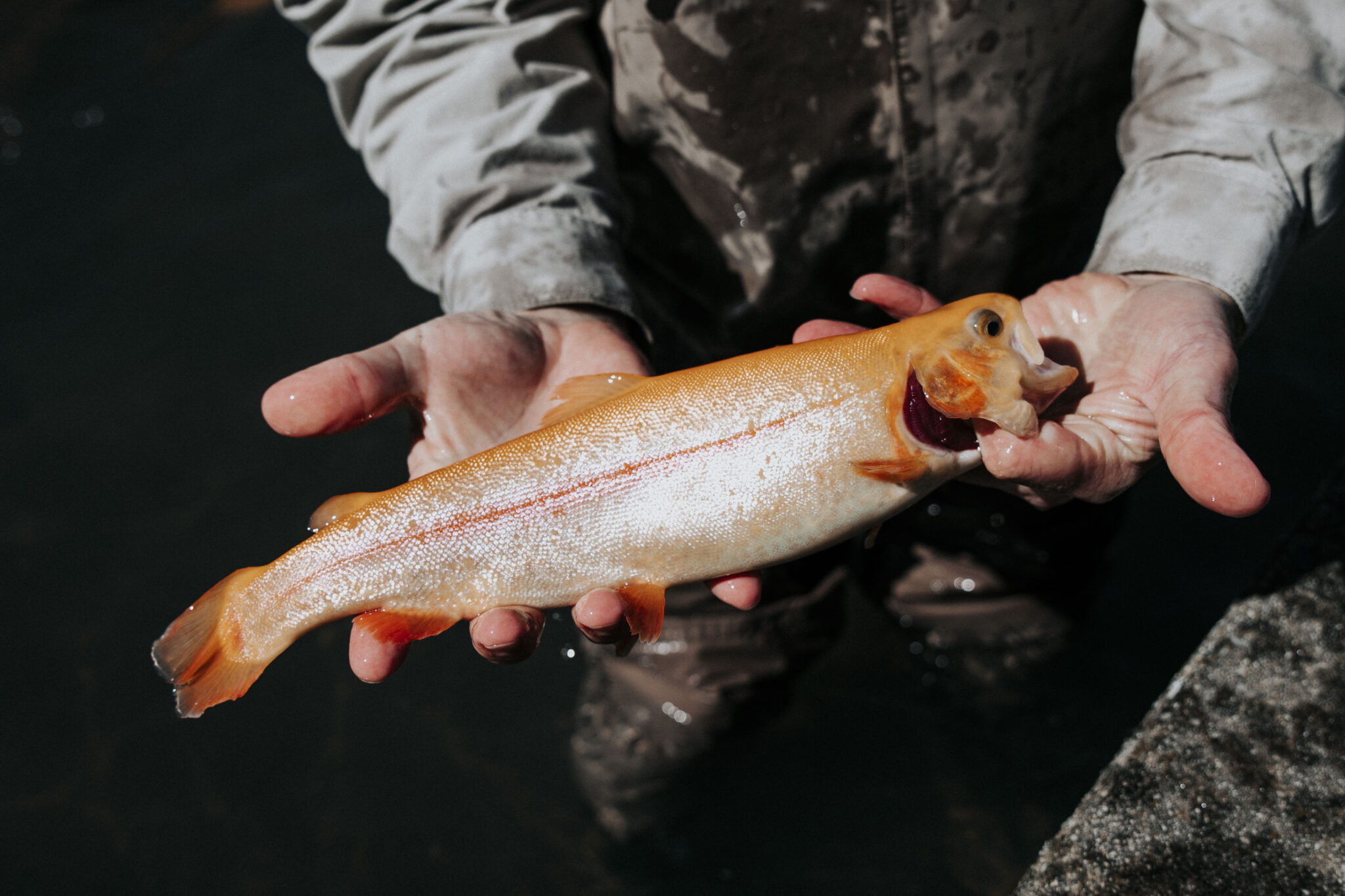 ELKINS, W.Va. — Starting March 29th the Division of Natural Resources Program intends to make the streams run with gold in West Virginia. The annual Gold Rush trout stocking runs for two weeks and over the course of those weeks the agency will put 50,000 golden trout into 62 lakes and streams across the state. About 15 of those waters are located in or near West Virginia State Parks.

“The purpose of the Gold Rush was really targeted toward families and kids. We wanted to try and get those families with children to plan a fishing trip, go out, and have a good time,” said Jim Hedrick, Manager of Hatchery Programs a the West Virginia DNR.

This will be the 5th year for the program, but the last two seasons haven’t had nearly the fanfare due to Covid 19. Although the trout were still stocked, there weren’t a lot of promotions surrounding the event.

“After having a couple of years where we struggled with scheduling due to Covid, the Gold Rush is back on,” Hedrick added.

Unlike most stocking plans, many of these are announced ahead of time to encourage fishing. Hedrick said these are extra trout, they’re part of the agency’s annual put and take trout program.

“The number of fish we typically stock in the Gold Rush is about 50 thousand, so we just raise 50 thousand golden trout instead of 50 thousand rainbows,” he added.

The West Virginia Golden Trout was first developed in 1963 at the DNR’s Petersburg Hatchery. Hatchery managers were able to isolate a recessive gene in which the golden color was more prominent and develop the bright yellow colored fish in large numbers. They’ve been a favorite of West Virginia anglers ever since. The color makes them not only a sought after trophy, but often makes them a little more difficult to catch than most trout. The yellow color makes them easy to spot in a clear stream or lake and they tend to be far more wary of their surroundings.

Although the stockings happen over the course of two weeks, Hedrick said if you’re not there with the stock truck, don’t sweat it.

“You don’t have to be there on the day we stock. If you want the kids to see the stocking, that’s one thing because that’s exciting for kids too, but when it comes to catching, these fish are around for a long time,” he explained.

100 of the trout stocked will have a numbered tag. The number can be put into a drawing for prizes from the State Parks and Division of Tourism.