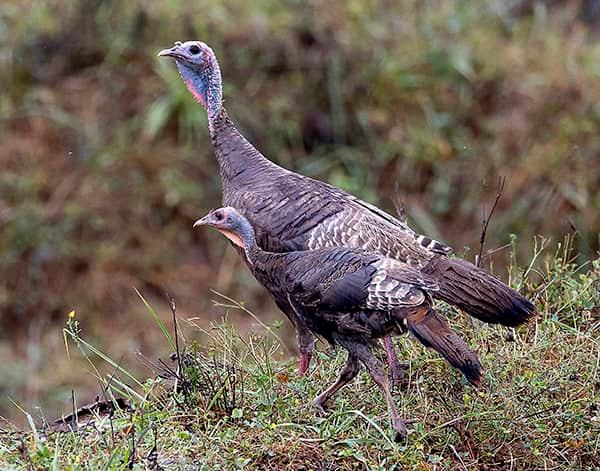 Broods from 2020 will be the most likely target of hunters this spring--and since 2020 was an average brook year, biologists theorize 2022 should be an average harvest. PHOTO: Mark Bias

FAIRMONT, W.Va. — A biologist with the West Virginia Division of Natural Resources suggested the 2022 spring gobbler hunting season will look very much like last year once the five weeks are complete. Mike Peters, Game Bird Biologist at DNR said to understand what the harvest for the season may look like, you need to look at the brood report from two years ago.

“The average West Virginia hunter kills a two year old bird, so the production two years ago is a good index for what might happen,” he said.

The 2020 brood production was an average year, therefore Peters believed the 2022 harvest overall would probably be about the same as 2021.

Hunters can begin hunting at daylight Monday morning. Ahead of that, Saturday and Sunday, April 16th and 17th are youth hunting days. The season runs for five weeks and over the course of those weeks a lot of changes happen on the West Virginia landscape.

“Peak gobbling is correlated with peak breeding. That’s when the hens are most receptive and that’s when breeding occurs. Some states talk about having a second peak of gobbling, but we don’t see that in West Virginia,” he said.

Although he didn’t call it a second peak, Peters noted the latter weeks of the season might offer a rebound in success with more and more hens on the nest and gobblers still on the hunt of a mate.

Over the course of those five weeks the forests of West Virginia will transition as well. Before the season is over, most of the state will be at full leaf out, which can deaden the sound of gobbling drastically and limit how far away a bird…or a hunters call…. can be detected.

Peters believed the population of wild turkeys in West Virginia was stable, but admitted it wasn’t at the level many can remember.

“We are down from historic highs in the 1980’s and 90’s. But if you look at our harvest from 1990 to today, we have little ebbs and flows, but for the most part it looks like our population is stable,” Peters said.

But he admitted the hunter harvest, while continuing to be adequate isn’t the best indicator for gauging turkey population figures.

“Historically it would be true, but with hunter numbers declining, it’s really hard to get a feel if harvest really does truly reflect what our populations are doing,” Peters said.

The spring gobbler season in West Virginia will close May 22nd.