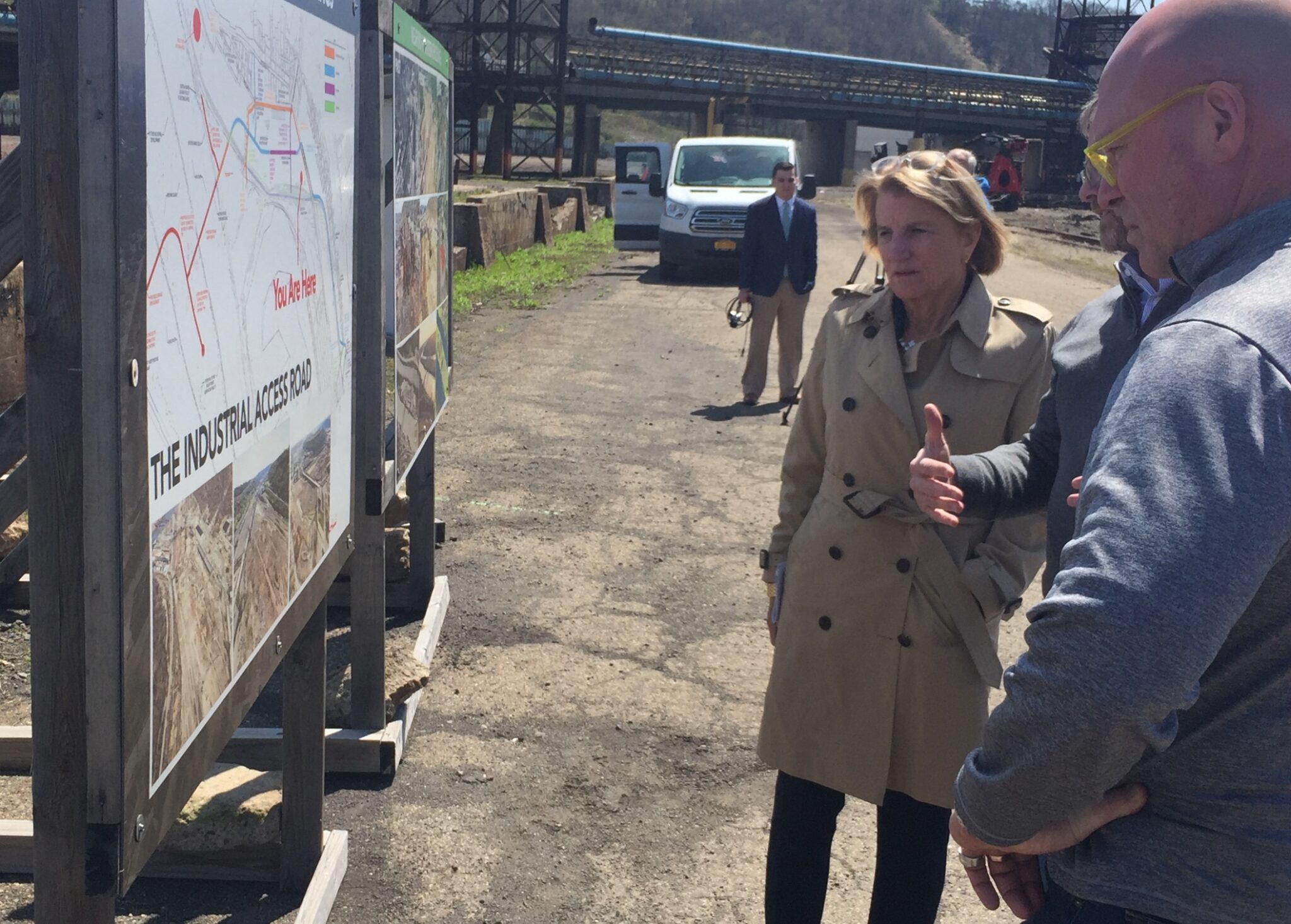 The property, now Weirton Frontier Crossings, previously hosted a facility that employed more than 13,000 people and produced more than 5,000 tons of ingot steel a day. Local officials believe a company can again utilize the location with the potential of it becoming a manufacturing hub in the upper Ohio Valley.

“With more companies and more manufacturing coming back to this country, I think there are really good prospects for the future,” Capito said. “What they are doing to have it site-ready is essentially important.”

“Once somebody sees why this mill came here, they’ll understand it is a great place for industry because it is so close to all these intermodal opportunities,” he said.

The Frontier Group — a Buffalo, New York-based company focused on reusing industrial and commercial sites — purchased the property in 2017. Crews have worked on preparing the industrial site for future development efforts; the still mill and other structures have been removed, and multiple pads are ready for industrial opportunities.

Part of the preparation efforts will include upgrading surrounding infrastructure to support new industries. More than $25 million in federal dollars will go toward revitalizing the area; the funding comes from the $1.5 trillion spending package that Congres approved in March. Capito, Sen. Joe Manchin, D-W.Va.; and Rep. David McKinley, R-W.Va., helped secure funding for the improvements.

Adams added he believes the facility can again be a valuable asset to the community, and dedicated federal investment will help attract a company.

“It could be a hub for industrial jobs. It is a tremendous combination of river, rail and roads, and it is worthy of federal dollars,” he said.