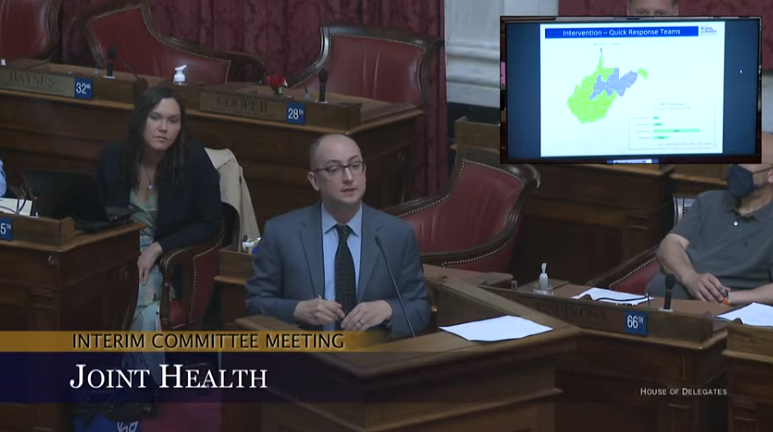 CHARLESTON, W.Va. — Overdose deaths in West Virginia have peaked since the start of the COVID-19 pandemic, but health officials say deaths are still higher than they were this time last year.

Dr. Matthew Christiansen, head of the state Department of Health and Human Resources’ Office of Drug Control Policy, told lawmakers during a presentation at the state Capitol Tuesday it’s a “hopeful sign” of improvement.

“We are seeing our numbers drop down, while other states are continuing to trend up including some of our surrounding states like Kentucky,” Christiansen said.

The majority of overdose deaths were driven by fentanyl, which is ending up in the hands of teens.

“Fetanyl has fundamentally changed the game,” he said. “Drug traffickers are pressing fentanyl into prescription pills and other recreational drugs that are being targeted to youth. They’re getting fatal doses of fentanyl without even knowing.”

Christiansen said more people are dying at an older age compared to 2017-2019.

Last fall, the state added monthly confirmed overdose deaths and deaths pending investigation to its fatal overdoses dashboard to align with real-time data from the Centers for Disease Control.

“The majority of people that are passing away in the last 12 months are people that were addicted to the flood of prescription pills to the state, transitioned to heroin, have transitioned over to fentanyl,” he said. “This is not necessarily represent new individuals with addition.”

Christiansen told lawmakers a few ways to prevent overdose deaths include reducing the over prescribing of pills, distributing the life-saving opioid reversal drug nalaxone and expanding drug treatment in the state.

“The more nalaxone kits go out results in money saved by reduced EMS runs and less strain on the EMS system,” he said.

Kanawha and Wood counties have the most treatment beds. Cabell and Mingo counties also have a high amount of beds, Christiansen said.