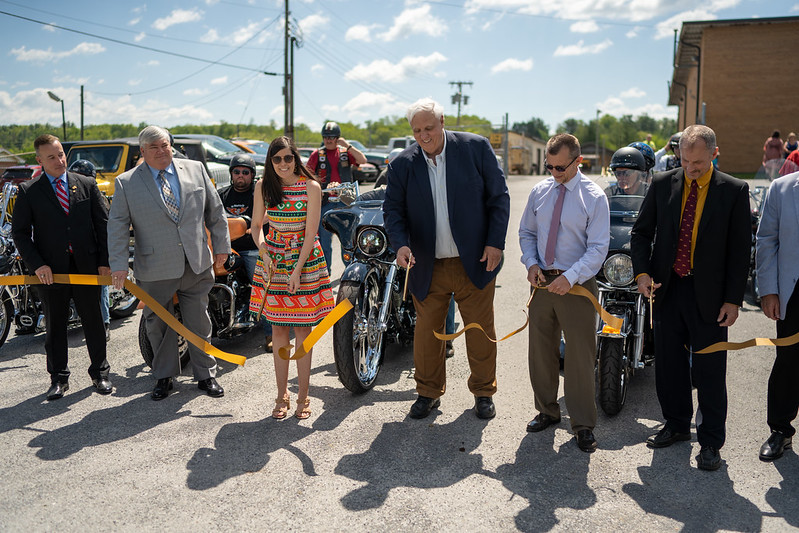 Seneca Skyway starts and ends in Lewisburg, running along U.S. Route 219 and state Route 92. The entire route includes nearly 300 miles of winding, country roads and can be completed within a little over a 5-hour round trip drive.

“We continue to see great interest in road trips and it continues to be one of the top trends in travel and tourism across the country and I would tell you there is no better place to take a road trip than right here in the great state of West Virginia,” Ruby said.

State Highway Engineer Alan Reed said the program is a chance for the state to provide safe routes for out-of-state visitors.

“This is an opportunity for people to come in from the outside and enjoy our state, enjoy the beauty and what we have to offer,” he said.

Tuesday’s ceremony included a procession of several motorcycles and vehicles that were the first to officially drive on the Seneca Skyway.

Gov. Justice said he was proud to welcome the route that’s situated in his own backyard.

“This is a real celebration to me right here in my hometown,” he said alongside his pet Babydog. “It is no question another landmark in our great state.”

New scenic routes will be announced over the next couple months.

More than $1 billion has been invested in the governor’s Roads to Prosperity program.