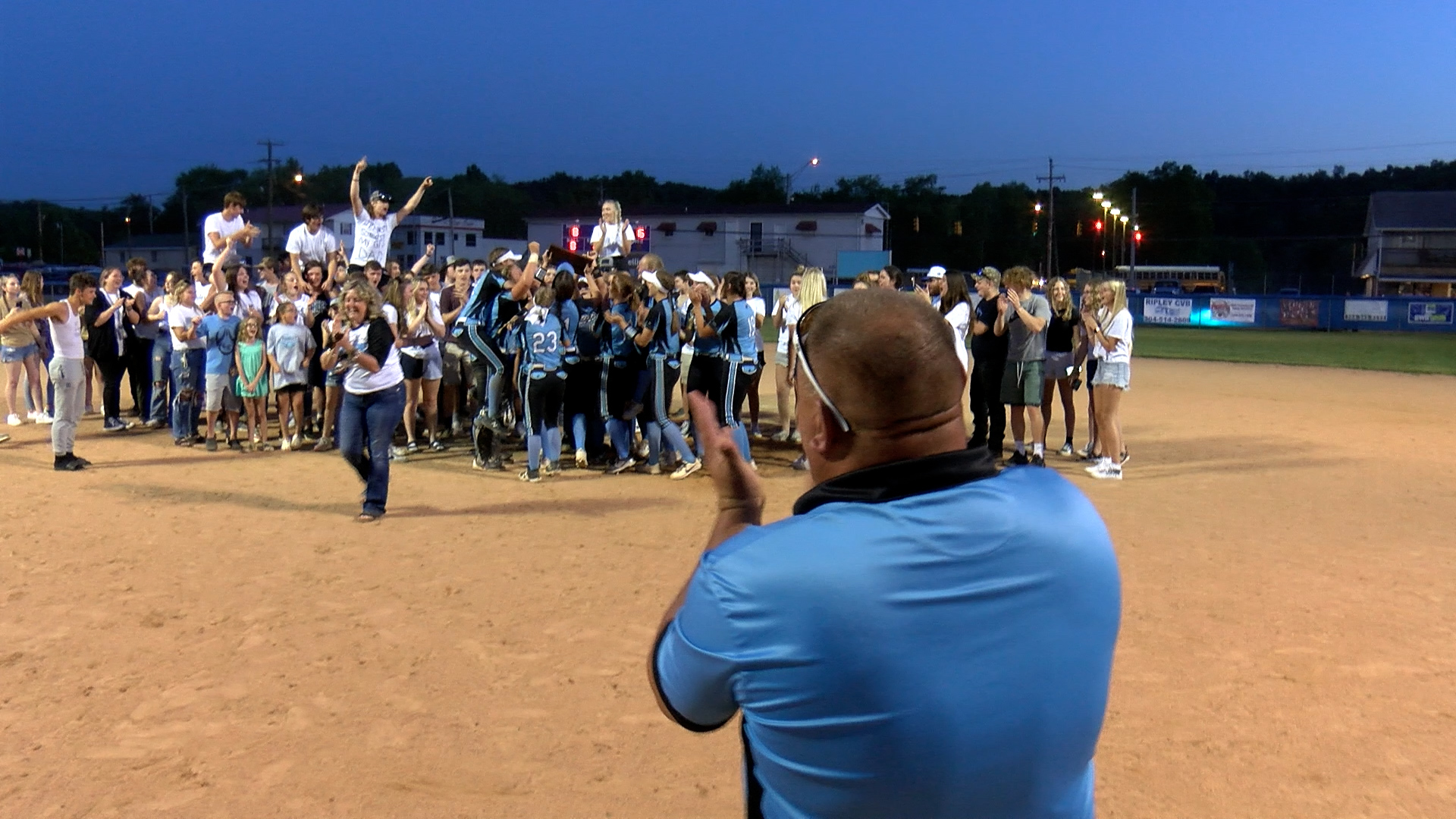 RIPLEY, W.Va. — Lincoln County pounded out 14 hits, including four that left the yard, in a 16-8 win at Ripley to secure the Class AAA Region IV championship. The Panthers (23-4) won the regional series 2-0 and will open up state tournament play on May 25.

Becca Pennington connected for a pair of home runs while Haleigh Adkins and Ryleigh Shull each had one round-tripper. The Panthers had five multi-run innings and never trailed in the game.

The Panthers built leads of 6-1 and 9-4 before the Vikings answered with a three-run fourth inning to pull within 9-7. Elli Hershey capped the fourth with a two-run home run for Ripley.

Meghan Stump pitched the final three innings for the Panthers. She allowed just one run on three hits.

“In the state tournament, you have to stay on top and don’t go into the losers bracket. But if we do, we’ll work our way out. We have plenty of pitching to be able to get us out of it.”