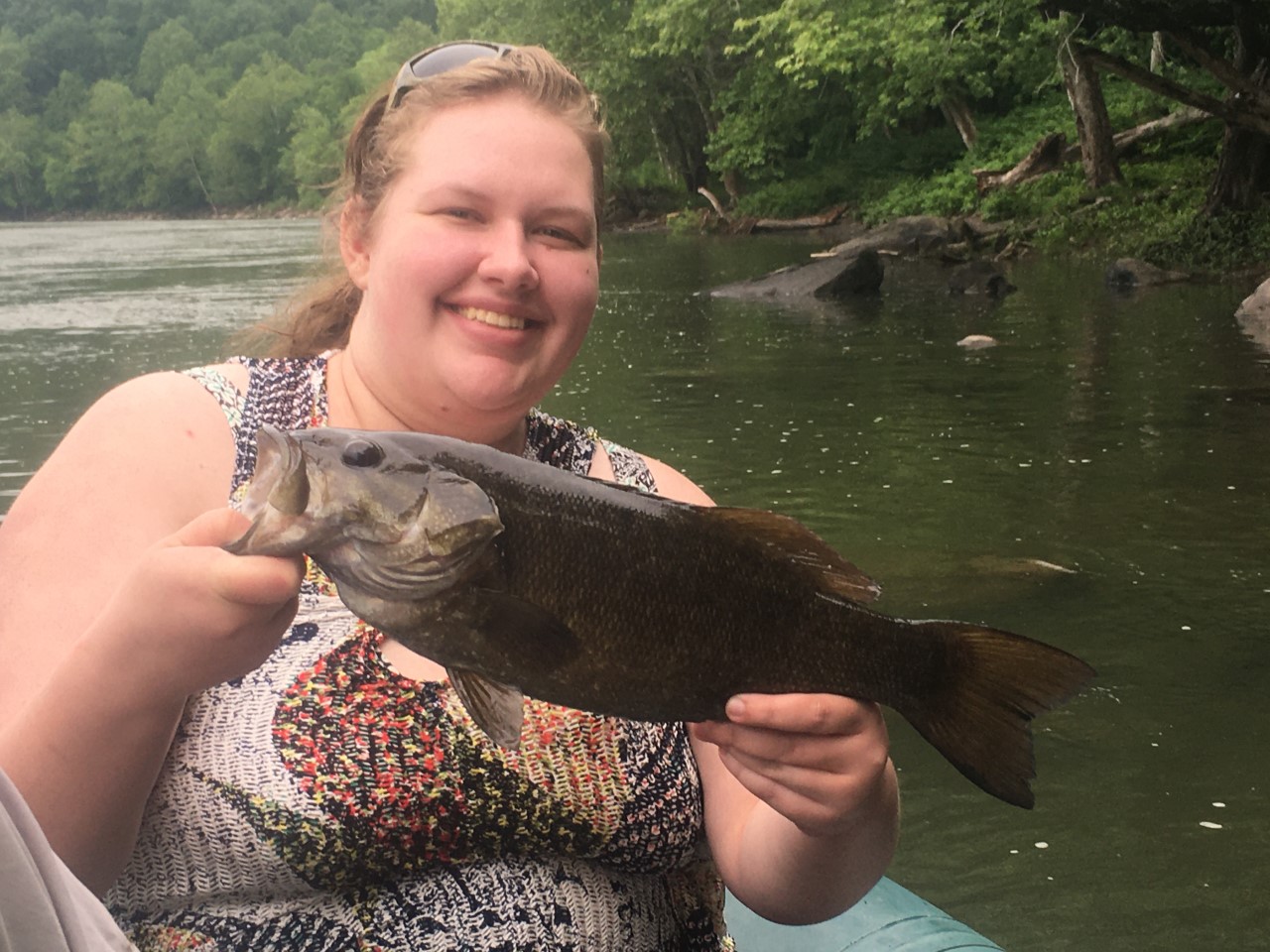 THAYER, W.Va. — A thick fog hung over the towering mountains of the New River valley in southern West Virginia on a Sunday morning. We hadn’t been on the water more than 10 minutes on our float trip with the West Virginia Experience when I felt the intoxicating tug on the end of the line. Minutes later I was holding up a 16-inch smallmouth bass for a picture.

“There’s been a lot of that lately,” said our guide Larry Nibert.

Nibert said this third weekend in May was another marker along what has been an excellent spring on New River for smallmouth bass fishing. I had no idea as I slipped that first 16-inch bass back into the drink it would be the start of one of my most memorable days of fishing ever.

My daughter Savannah was along for only her second float fishing trip on the New River. Her first, several years back, was a less than enjoyable experience. She was trying to fish with a cast on her left arm. It was a souvenir from a slip and fall on another fishing adventure a week earlier on a wet boat ramp. Without her left wrist, it was impossible to cast a line or properly work a bait. She didn’t catch a single fish. She couldn’t even jump into the river and go swimming. She admitted, expectations were low for this day.

“I expected to catch nothing and to be wet and angry. That was my full expectation of this day,” she laughed.

Although Savannah had been fishing before, she had never caught a fish on artificial bait.

“That’s not any different than any other day out here for me,” said Nibert.

Handling newbies is old hat for Nibert who gently coaxed Savannah along all morning. He would offer explanations on how to retrieve the bait properly and why speed and action were important. He demonstrated proper techniques with each cast and explained the necessity of accuracy to hit the exact spot a smallmouth would be lying in wait, especially when the sun finally burned through the fog. It didn’t take much coaching until she was catching them almost neck and neck with dear ole Dad.

“I actually got educated and caught 24 fish. The largest one I caught was about 18 inches. It’s been a great day!” she said.

Awesome day on the water. The baby girl took me to school. Thanks to Redneck and the boys at the WV Experience. #AlmostHeaven #PlaceIBelong #WildandWonderfulWV pic.twitter.com/luZeaJbBui

“She came a long way, throwing a grub. Then she caught a couple on a tube bait. Then as she progressed, she worked through her confidence issues and graduated from a Zebco 33 to being proficient with an open faced rod,” said Nibert.

Nibert, known to most in the fishing world as “Redneck”, takes a lot of people fishing for the first time ever and takes a lot of joy in seeing their excitement when they start catching fish.

When the day was over, we didn’t have a prefect count on our fish, but estimated the day’s creel to be between 50 and 60. More than 20 of those were over 14 inches and five of the smallmouth were over 18 inches, including a 20 incher which weighed more than four pounds.

“It’s been an incredible spring because the water has been fairly low all spring and you can catch more in a bucket than a bathtub. Other than a brief high water event over Mother’s Day, the water level has been consistent and the clarity has been perfect,” said Nibert.

“Coming into today, I knew it was going to be a good day because we had good water clarity and flow. We had a lot of fog early and with the low light those fish were moving up. It seemed like the slower we moved it, the more bass we caught,” he said.