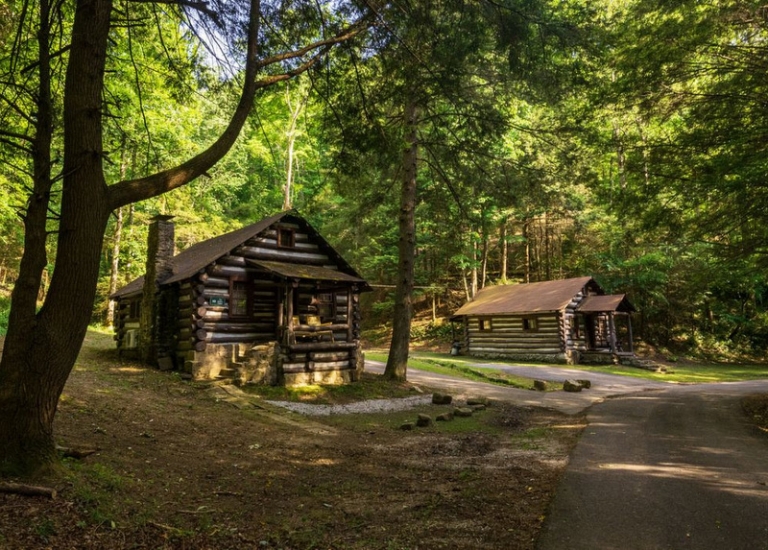 SOUTH CHARLESTON, W.Va. — West Virginia State Parks were bursting at the seams for the first official weekend of the summer season.

Officials expect no let up as the summer sets in. State Parks Chief Brad Reed said nearly all cabins and campgrounds in the state were booked solid for Memorial Day and the demand for space isn’t showing any signs of slowing down.

“We had parks full to capacity at a level we had never seen before,” he said.

Reed said at Cabwaylingo State Forest every campsite, cabin, and even every picnic table was occupied for the Memorial Day weekend. It’s a trend which began two years ago with the Covid pandemic. While other industries were shutting down and trying to figure out how to survive, the state park system enjoyed an unexpected renaissance.

“Camping really exploded. It’s just shown no signs of slowing down since. People began to think about staying closer to home and enjoying the outdoors a lot more than pre-covid,” Reed explained.

He recommended if you want to enjoy at West Virginia State Park this summer to make reservations in advance. There are a few cabins and campsites still available in various parks on various weekdays or even during weekends. However, arriving without a reservation could be a disappointing affair and you’re likely to find everything filled to capacity.

The park system is working through a bond initiative which has enabled the state parks to perform some long overdue maintenance. Given the resurgence in popularity, expansion of cabins and campgrounds are on the drawing board.

Those projects are not expected to be ready for occupancy until next summer.

Outdoors
Illegal pet trade creates major threat to some W.Va. wildlife
Critters like box turtles and snakes from the hills of West Virginia are drawing big money in the foreign pet trade and poachers are starting to impact West Virginia's wildlife with illegal capture and collection
By Chris Lawrence
Outdoors
Virginia angler lands a new W.Va. state record channel catfish
Allen Burkett of Broadway, Va. caught the monster at South Mill Creek Lake in Grant County June 20th.
By Chris Lawrence
Outdoors
Elk calves for 2022 are showing up on the Tomblin WMA
Elk project leader Randy Kelly said it's hard to say with any certainty just how many calves are out there.
By Chris Lawrence
Outdoors
Tour de Coal weekend is underway
Group celebrates 19 years of the event which has grown into one of the largest of its kind in America.
By Chris Lawrence
View AllHoppy's Commentary