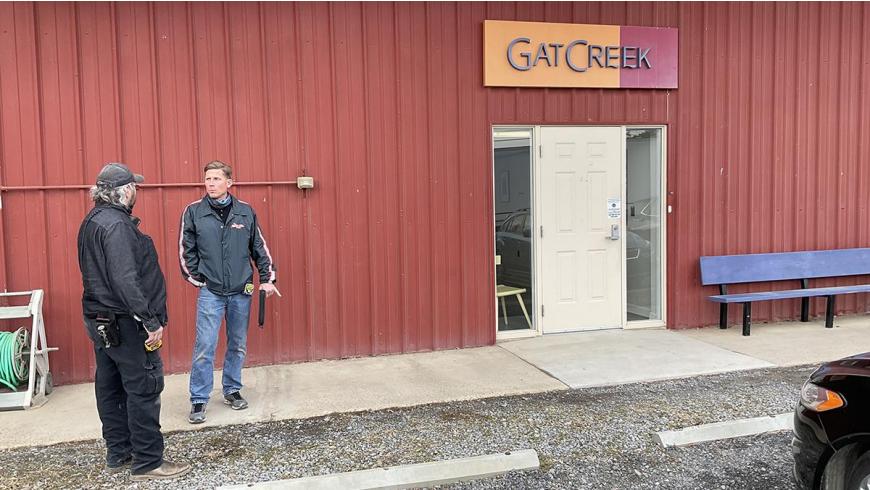 BERKELEY SPRINGS, W.Va. — An Eastern Panhandle furniture maker is advancing with its expansion plans.Calling it “the beginning of a new era in America — the return of growth in manufacturing businesses and employment in wood furniture manufacturing,”

Gat Creek owner and CEO Gat Caperton said that put the final girder on the first part of the company’s expansion in recent days.

“That was really kind of fun,” Caperton told the The Panhandle News Network. “We’re in the furniture manufacturing business and over the last 20 years so much of that business has gone overseas and it’s exciting to bring that business back into the United States and into West Virginia.”

The expansion will double the floor space and its capacity to build its solid-wood furniture.

“We’re going to double the size of this business,” Caperton predicted.

Gat Creek ships $25 million in product a year throughout the U.S.

More than 150 employees were invited to sign a steel girder that is part of the new expansion. Caperton said they’re using every available inch.

“We’ve got about 5 inches of land with a big hillside behind us,” he said. “Every bit of inch we have we’re turning into factory and parking.”

Plans are to add about 65 positions to the current workforce.

“Some really cool saws with optimizers and machine learning in them and some space to really do really beautiful finishings,” he said.

Caperton says the expansion is part of the return of manufacturing jobs from Asia and positive impacts on the economic health of rural communities like Morgan County.

The first section is done with two more to go. Caperton said it would likely take another year to get everything in place.

In the meantime, Caperton says he’s looking to put more people to work in the coming months.

Gat Creek Furniture promotes over 250 designs which are made-to-order in four Appalachian hardwood species, 64 finishes, and other options.