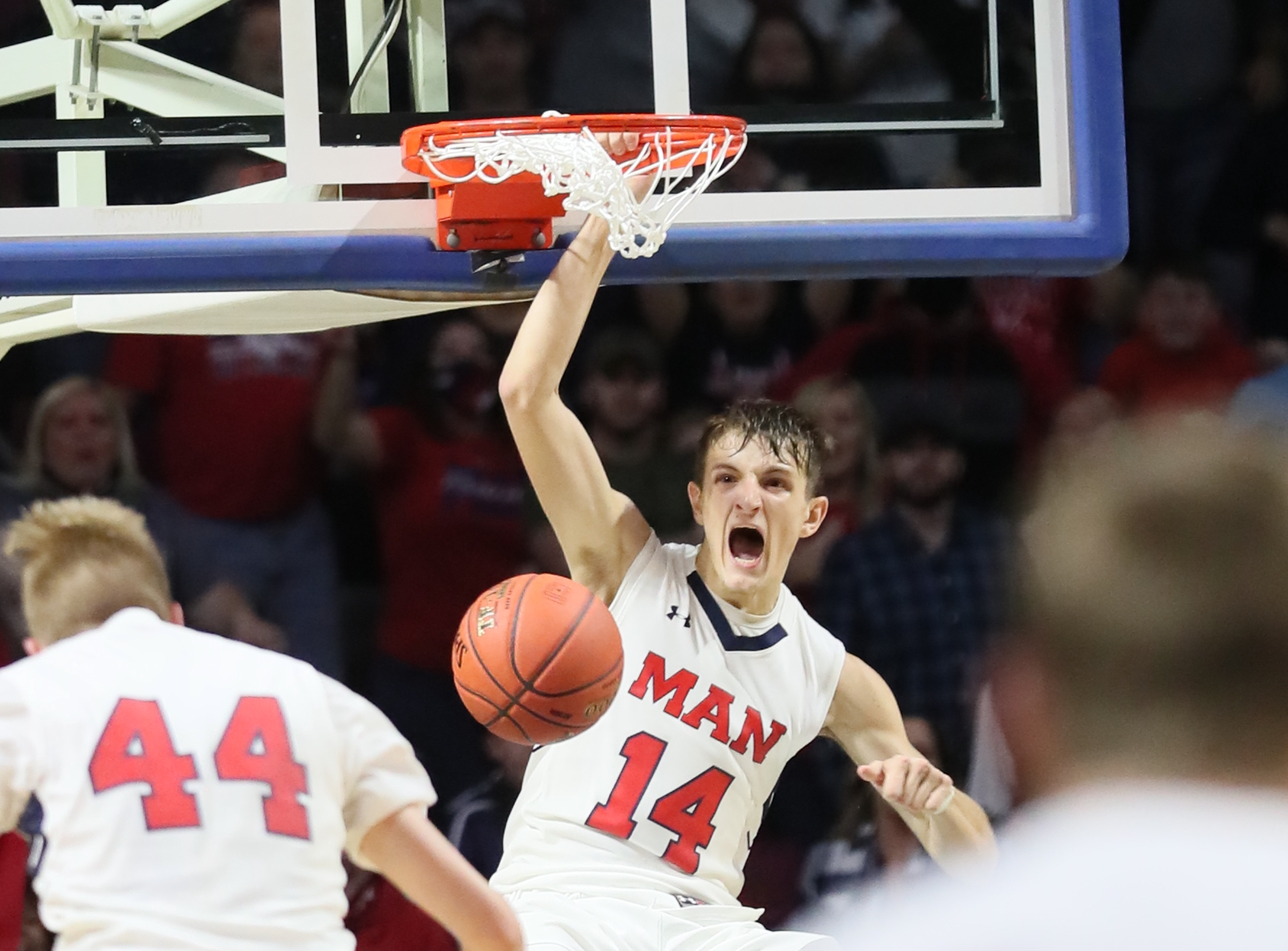 In the inaugural season of the four-class system, the Man Hillbillies took advantage of the new system by claiming their first state title in school history. Man handed Pendleton County its first loss all season, 43-36.

The Hillbillies found themselves down four, 36-32, with less than two-and-a-half remaining in the game. They used an 11-0 run capped off by a thunderous Austin Ball slam, which threw the Charleston Coliseum and Convention Center into a frenzy.


Dave Rogers and the Martinsburg Bulldogs squared up against the highly-talented DuPont trio of Randy Moss, Jason Williams, and Bobbie Howard. The Bulldogs took care of business, defeating DuPont, 79-73, and claiming their first state title in school history.

Nike Co. reached out to Rogers, asking if they could use a clip from the state final. Rogers told his team, and they knew they got the last laugh. Nike used a clip of Williams dishing a pass to Moss for a flush in a later commercial.