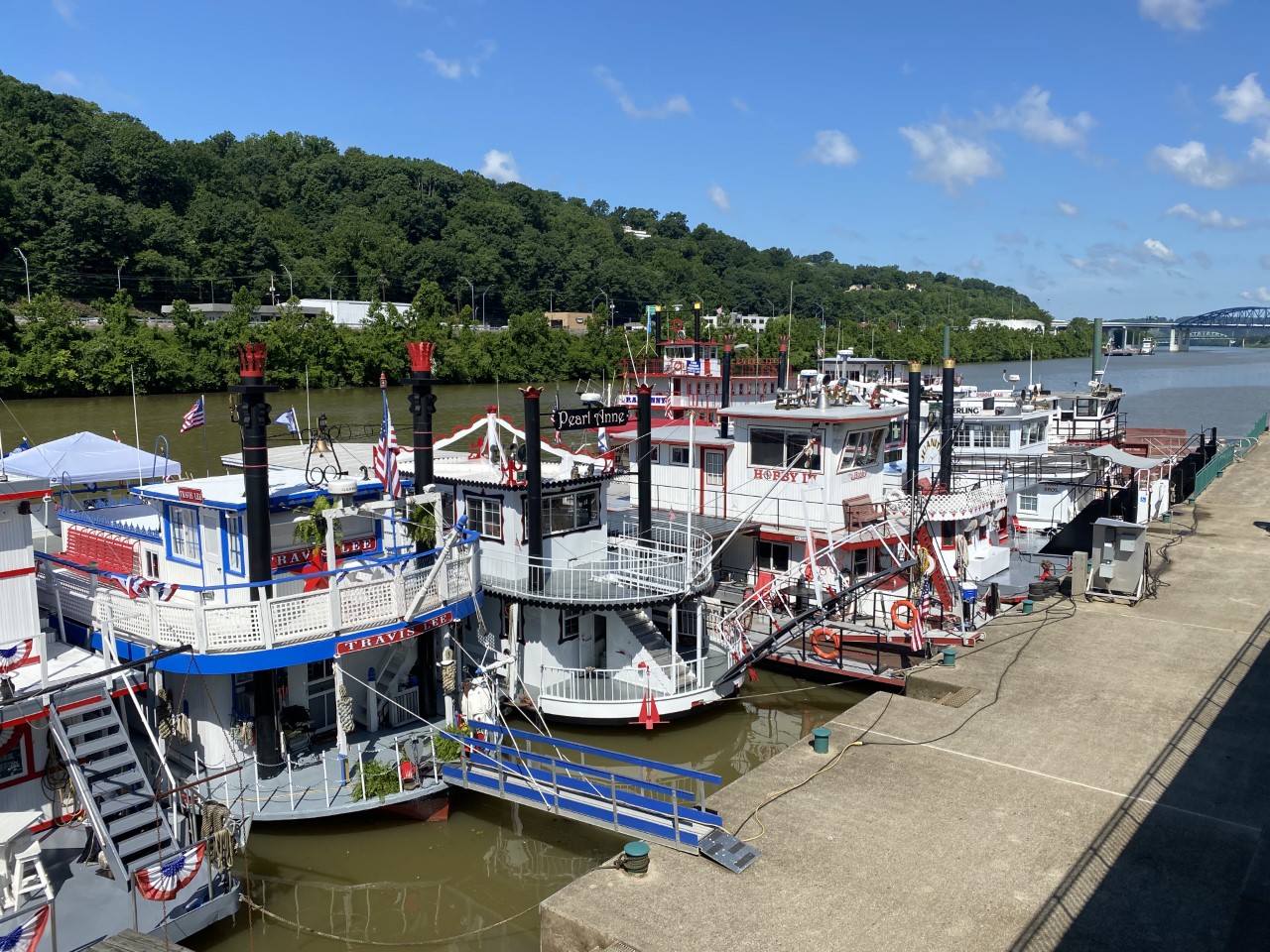 CHARLESTON, W.Va. — More than 20 boats lined the Kanawha River at Haddad Riverfront Park Monday, with more on the way, ahead of the Charleston Sternwheel Regatta later this week.

The event runs Thursday through the 4th of July holiday.

Bryan Hughes, member of the Sternwheel Regatta Commission, said the boats have made their way to the Kanawha Valley from all over.

“They’re coming in from Kentucky, Ohio, of course West Virginia here on the Kanawha River, but we also have boats from Pittsburgh, the Wheeling area, Rayland (Marina) up in Marietta, you name it,” Hughes said on Monday’s MetroNews “Talkline.”

The Charleston Sternwheel Regatta will begin on Thursday, and it is being held in the capitol city for the first time since 2009. What does the schedule look like for this five-day event? @bryanweather discusses the event with @HoppyKercheval. WATCH: https://t.co/yCFQ3nDJuy pic.twitter.com/Gd8oaTLz5V

Jane Bostic, special assistant to the Mayor of Charleston, said preparations are underway and there are some rules event goers should know about.

“There will be no coolers allowed. We’re also not allowing umbrellas because they van obstruct views. The only other guideline we have is that all bags could be subject to search,” Bostic said on Monday’s “580 Live” heard on MetroNews flagship station 580-WCHS.

The last time the Regatta was held in the Capital City was 2009.

Bostic said this year’s event will be better than previous years because there’s more activities for the kids.

“There is over 50 activities that are all free for kids to do. Magic Island is going to be like a child’s paradise with arts, crafts, fun activities, comedians, wiener dog races, it’s a lot,” she said.

Dogs will not be allowed at events after 5 p.m. each day.

Beer and soft drinks will be available along with a number of food vendors.

Sternwheel boat races are set for 1 p.m. Sunday. About 18-20 boats will take part in the races.

People from Florida, Texas, Louisiana and other states are planning to attend the event.

“The hotels are booked like you wouldn’t believe,” Hughes said.

The City of Charleston anticipates $10 million in revenue over the five-day event.

“That return on investment is huge,” Hughes said. “A couple of restaurants downtown have said ‘this is going to be our Black Friday’ and we couldn’t be happier about that.”

Hughes added the concert lineup on the Schoenbaum Stage will have something for everyone. Musical performances include Martina McBride, Rick Springfield, The Four Tops and The Spinners.

“We didn’t want to pigeon hole ourselves with all country music or all rock acts. We want to go with a wide variety and I think we were able to do that,” he said.

The event includes fireworks, a craft beer festival, battle of the bands, pro wrestling and a BMX and skate exhibition. You can find a list of all of the activities here.