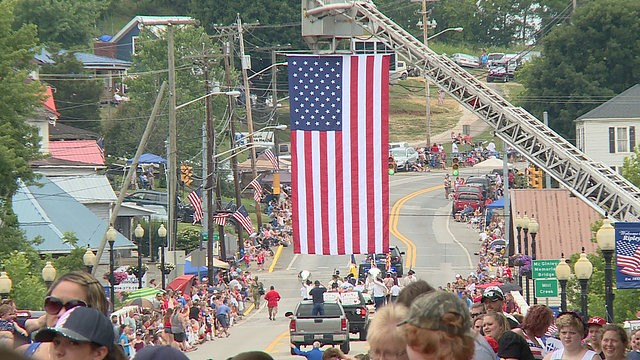 RIPLEY, W.Va. — The town of Ripley is preparing to host its annual 4th of July parade Monday.

The event is known as West Virginia’s oldest and largest July 4 parade. It includes live musical entertainment from the stage on the Jackson County Courthouse lawn, a carnival and food concessions.

Ripley has expanded its celebration to include a week of family activities. The parade starts at 12 p.m. with fireworks at 10 p.m. Monday.

Mike Ruben, director of the Ripley Convention and Visitors Bureau, said people from all across the state come out each year to celebrate America’s history.

“It’s such a tradition here. Not only do we welcome thousands of people from out of town, but it’s a gigantic homecoming for people who used to live in the community, but have moved away for one reason or another,” Ruben said.

Families take their place along the parade route, sometimes in the same spot each year.

“If you walk along the parade route, you’ll see the same families standing in the same areas for generations. They just gather there and it’s like a family reunion that takes place during the 4th of July parade,” Ruben said.

Last year’s parade marshal was Medal of Honor recipient and World War II veteran Hershel “Woody” Williams. Ruben expressed sorrow and grief back on Wednesday when Williams died at the age of 98.

“He made such a wonderful statement as he was up here on stage during the opening ceremonies of the 4th of July celebration last year,” Ruben said. “He said ‘I see the true spirit of America here in Ripley. This is America.’ That made us feel so special because he was such a special man.”