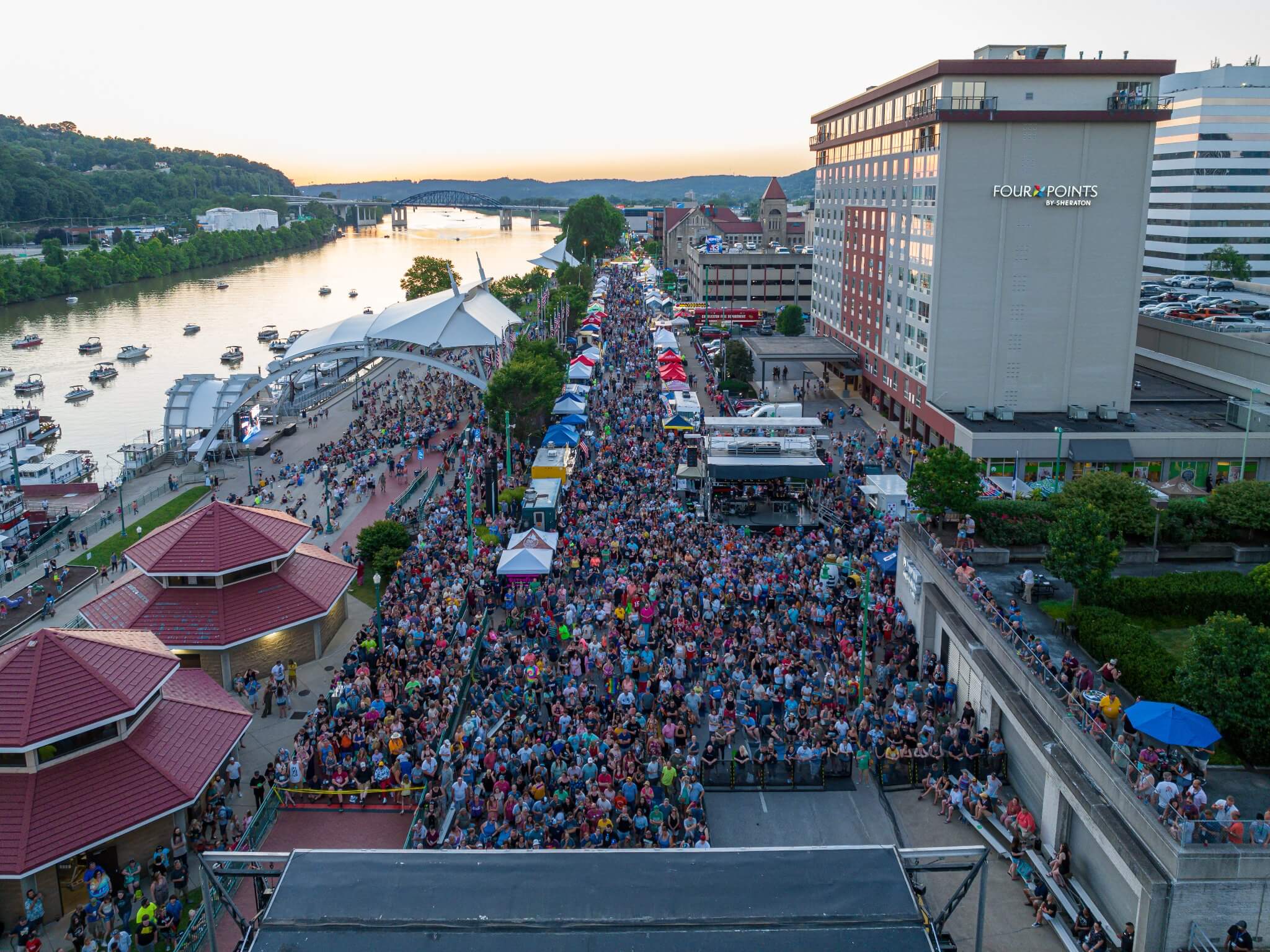 CHARLESTON, W.Va. — The much-anticipated return of the Charleston Sternwheel Regatta in 2022 did not disappoint, as numbers released by event and city officials show it was the largest event in Charleston in the past decade.

The City of Charleston, Regatta Commission and the Charleston Convention and Visitors Bureau announced Thursday that the 5-day event that ran from June 30-July 4 generated just over $31.5 million in economic impact and attracted an estimated 210,000 attendees to the Capitol City.

“This event eclipses anything we’ve had in Charleston in at least the last 10 years,” Tim Brady, President and CEO of the Charleston Convention and Visitors Bureau (CVB) told MetroNews Thursday.

Further economic figures released show the event directly supported an estimated 5,978 jobs. Of the estimated 210,000 attendees, 71% were local attendees and 29% were out-of-town attendees, which was classified as traveling from at least 50 miles away.

Hotel occupancy is estimated to have been at 95% — for a total of 15,440 total room nights.  Approximately 61,000 attendees were from out of town and the average length of stay was 2.4 days.

Charleston Mayor Amy Shuler Goodwin told the media Thursday that the images and stories from the packed Kanawha Boulevard at the Regatta have the biggest impact on Charleston.

“The images, the stories that are being broadcast through the region and country about Charleston, West Virginia is really monumental. That is what you can’t measure with numbers,” Goodwin said.

The event, which was brought back for the first time since 2009, featured musical acts such as Martina McBride, the Spinners, the Four Tops, and Rick Springfield. On June 30, Everclear performed to kick the festival off and Goodwin said she knew from there the Regatta return was a success.

“Looking down the boulevard and seeing people there from this street to this street that was lining the streets, we all knew then it would be a great success,” Goodwin said.

There were also activities for children such as a carnival and Kids Zone at Magic Island. Food trucks, beer tents, souvenir stores and more vendors lined Kanawha Boulevard down to Capitol Street down to Clendenin Street. Even side streets hosted vendors including events at Slack Plaza on Summers Street.

Bryan Hughes, the ‘Captain of the Regatta’ told the crowd Thursday that the economic impact is comparable to four West Virginia University football games in Morgantown.

Event officials say preparations are well underway for the 2023 Regatta but no dates have been set yet. Brady believes it will be able to continue the momentum whether it remains on the Fourth of July weekend or not.

“You try to build off of the success of this year. I think there are a lot of reasons to be optimistic., that we can grow this and make it bigger and just as big next year,” Brady said.

The economic impact was calculated by the CVB using the Destinations International Event Economic Impact Calculator.