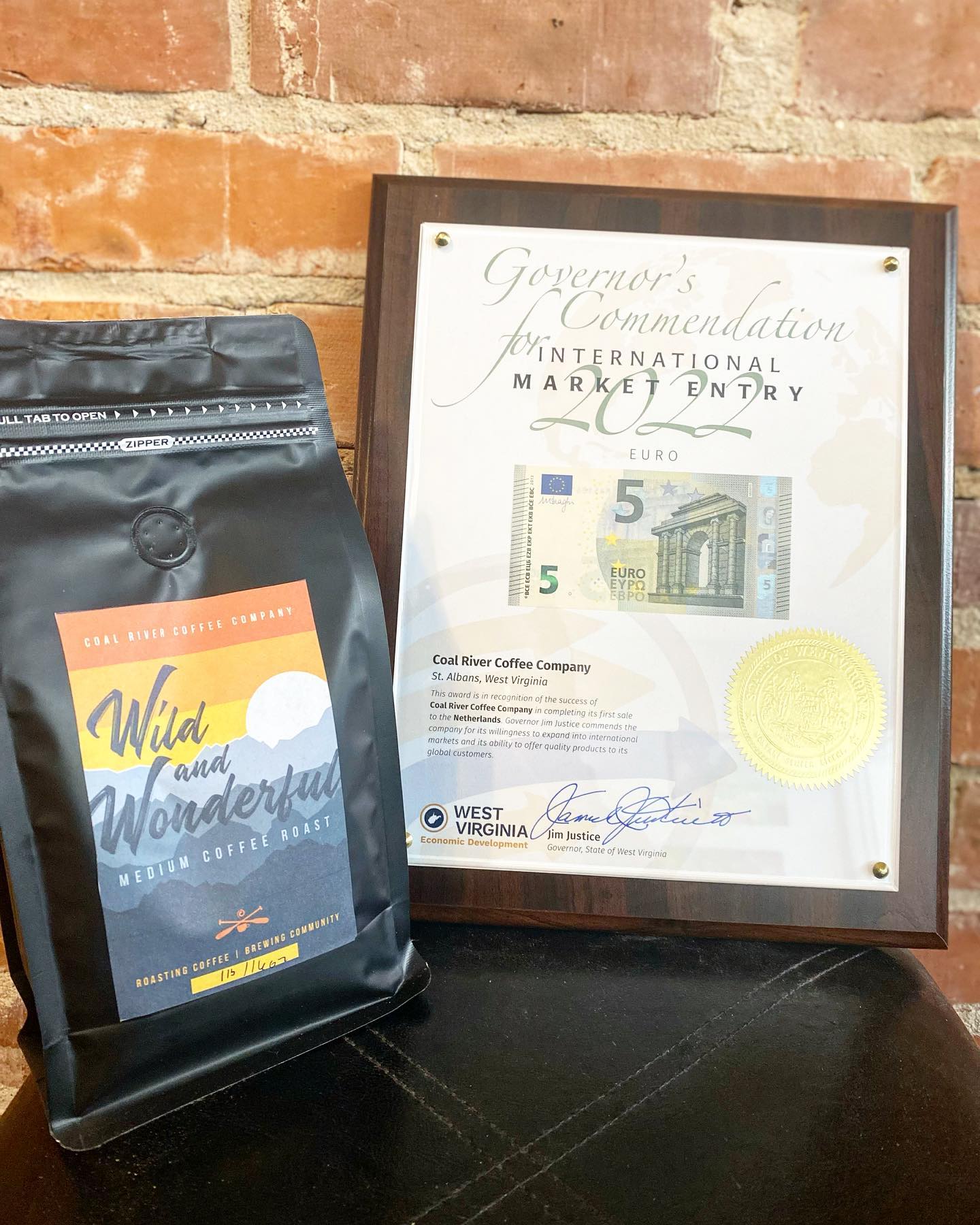 CHARLESTON, W.Va. — A Kanawha County coffee shop doesn’t only provide a hot cup of Joe to customers in the area. They export to countries across the world.

“Our business was discovered online from someone from the Netherlands,” Michael Ervin, co-owner of Coal River River Coffee Company in St. Albans told MetroNews.

Ervin said his business keeps gaining interest from coffee lovers as far away as Japan.

“I was never expecting to export out of the U.S.,” he said. “I just keep getting hits from all over the world online.”

Coal River Coffee was one of 37 West Virginia business to be honored this month with the Governor’s Commendation for International Market Entry Award. The award is given to companies that made their first sale to a new country in the previous calendar year.

Christopher Peacock Cabinetry in the Hardy County town of Wardinsville also received the award for exporting their products to Hong Kong, in addition to other counties before this year.

“We have this little workshop in West Virginia which produces the finest cabinetry and is sent all over the world,” he said.

“The work that we do tends to be located in very wealthy parts of the world and I think there’s something very special in the fact that there’s a local art approach in Wardensville, which is a very small town, makes this stuff,” Peacock said.

Both Ervin and Peacock said the state has a lot of helpful resources to make the exporting process easier.

“There was business knocking at my door and I had to figure out how to do it and it’s been really helpful with the resources that the state Department of Commerce provides for us,” Ervin said.

Ervin said they’ve received so much interest worldwide, they’re considering a potential partnership with Amazon to begin shipping their coffee to online users.

“That will make some of the exporting a little easier on us,” he said.

Since 2002, more than 2,200 export awards have been presented to more than 170 companies for selling products to nearly 200 countries.

This year, awards were presented to businesses from 16 West Virginia counties for exporting goods and services to more than 60 different countries.