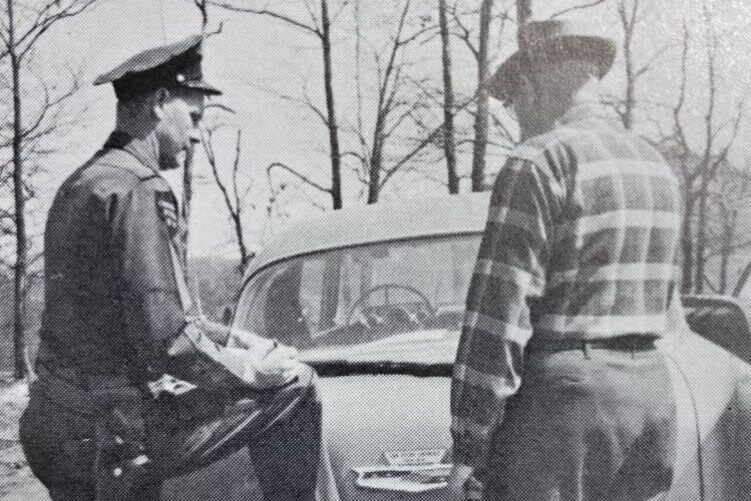 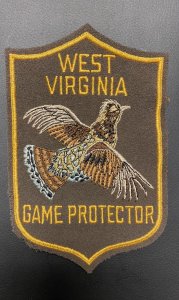 “Smith started back when they rode horses. At that point in time, there wasn’t any control or anyone working on wildlife. The Legislature decided there was a need to protect wildlife. So it was put in the code there would be a game warden,” said retired DNR Colonel Jim Fields.

Smith, who was from Hinton, faced an uphill battle. He had a horse and a gun to travel the state. He would often transport his horse by train and sometimes riverboat to investigate game law complaints.  Amazingly, travel wasn’t the biggest obstacle. Communication proved to me a much more difficult barrier. Most West Virginians were unaware of the state’s game laws and even fewer realized the Governor had appointed a Game Warden.

“All of a sudden you’ve got a guy with a .38 strapped on his side coming up to you an say, ‘Bud, you need to come with me.’ That doesn’t go over real well today, 125 years ago, that definitely wouldn’t have gone over good,” Fields laughed during a recent conversation about the matter on West Virginia Outdoors.

The game laws were the result of a sweeping culture change largely initiated by President Theodore Roosevelt who was the father of the conservation ethic.  Roosevelt knew the nation needed to a better job of protecting natural resources. Most of West Virginia’s game laws were adopted from the original game laws, what few there were, which existed when the state was part of Virginia. 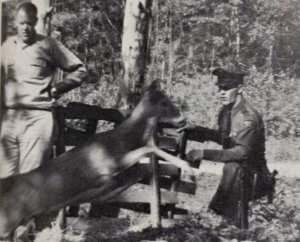 “It was in 1869 when the legislative body of West Virginia passed the first game laws for the state. They made it illegal to take game between February and September, so they set a season right off the bat,” said current DNR law enforcement Colonel Bobby Cales. “It was also illegal to take several species of birds. But several species of large animals which were native to West Virginia back then were basically depleted, including elk and bison, and it would be years before any laws were passed to defend that.”

About a year into his appointment as the original “Game Protector” as they were called in the early days, Smith was called to military service in the Spanish American War. When he returned, he was a Captain in the Army and reassumed his position in the state, but was still referred to as Captain E.F. Smith in the history books.

Smith and the Administration were at odds over several things, specifically reimbursement for mileage for his travel and horse feed. Smith served until 1901. Governor-elect Albert White reappointed him. However, Smith resigned a month later and White appointed Frank Lively to the position. Lively was also from Hinton.

The task of one man patrolling the state was eased a bit as deputized volunteers became active in every county in West Virginia.

“It started catching on and you had deputies in the counties who volunteered. They weren’t getting paid anything, but they were going out there and doing their thing,” said Fields. 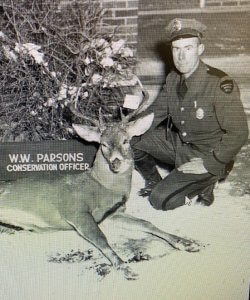 The Natural Resources Police as a law enforcement body formed into the unit we know today in the 1940’s as men were returning from World War II and into the 1950’s as communications improved.

“During the 1950’s from what I could tell is when the department really started growing. We started getting equipment like automobiles, radios, firearms and everybody had the same uniform. It was pretty antique up until then,” said Fields.

The agency changed the title from Game Warden or Game Protector to Conservation Officer. That title would change again in the early 2000’s when the members of the department became Natural Resources Police Officers.  The identity changed to reflect their full law enforcement and police powers in the state.

Today, the agency has 117 officers statewide and is approved for a full staff of 132. They’re active in game and fish enforcement but also work on boating safety, firearms safety, and are the main enforcement body for the Hatfield-McCoy Trails in southern West Virginia. Officers are involved in hunter education and training as well as boating patrols on the state’s lakes and rivers.  Most recently they’ve been called upon to provide support for the short staffed Department of Corrections in many of the state’s jails and prisons. 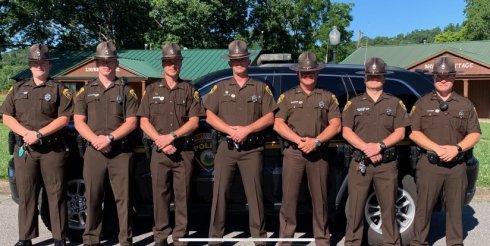 “Through the past 125 years the game and fish protector has been very resilient. The Natural Resources Police Officers have built on 125 years of integrity and loyal service to the Mountaineers of this state. When Captain Smith was appointed to the position in 1897 he probably never would have imagined the agency would grow into the premier agency it is today. The Natural Resources Police are widely recognized and highly trained and well respected by our sister agencies throughout the state as game and fish protectors,” said Cales.