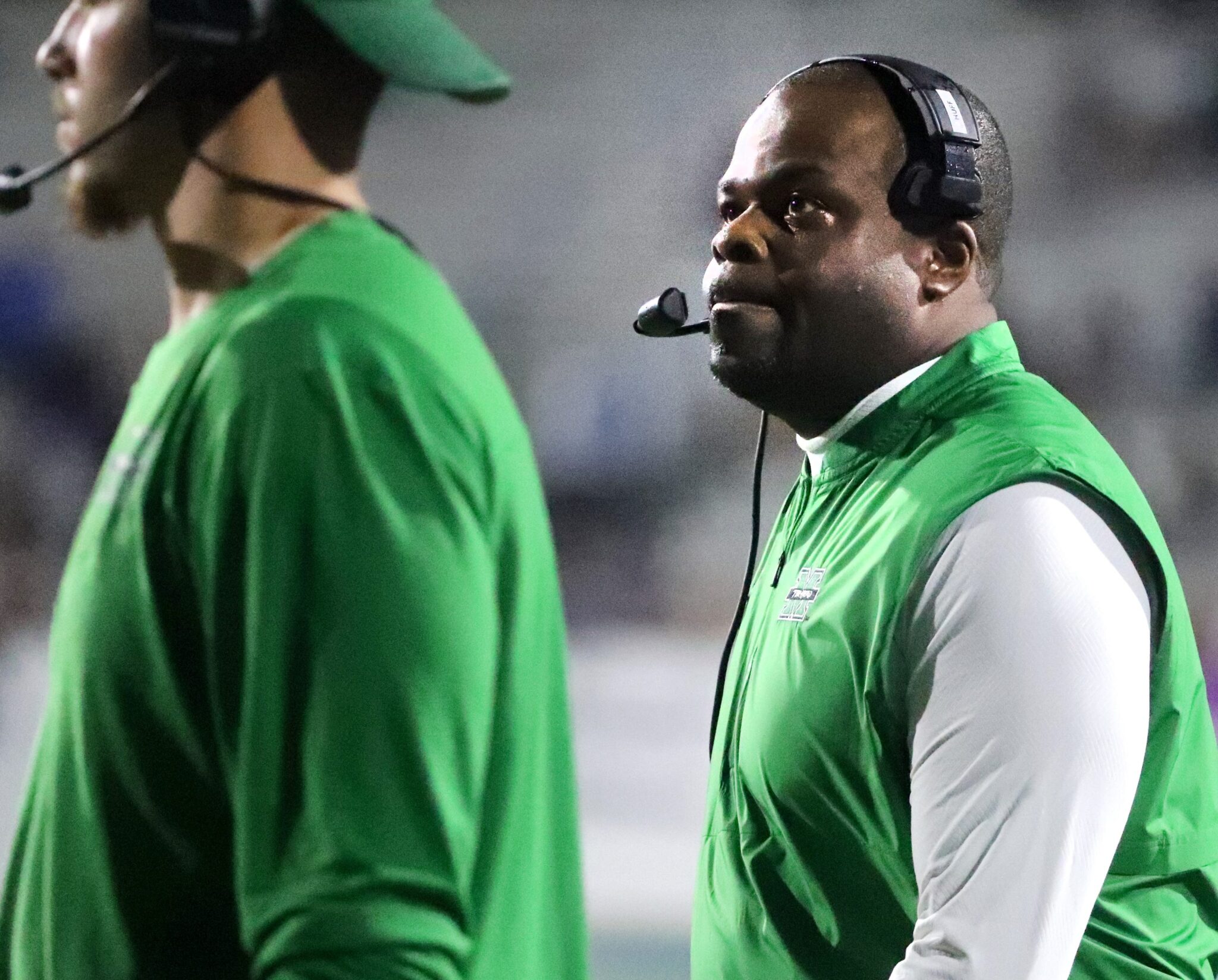 Marshall football enjoyed time in the spotlight this week as first-time participants in the Sun Belt Conference Media Days in New Orleans, Louisiana.

Herd head coach Charles Huff was joined in the “Big Easy” by sophomore running back Rasheen Ali and junior linebacker Eli Neal at the event.

Ali apparently has the league’s attention, as he was named a first-team preseason all-Sun Belt pick.

“It was fun to represent our team and the program and to get out of my comfort zone and do stuff I never thought I would do,” Ali said.

Defensive back Steven Gilmore and linebacker Abraham Beauplan were the only other Marshall players to receive preseason recognition from the league. Both were part of the second-team defense.

Neal believes the Sun Belt is a major jump in opponent quality for Marshall as compared to Conference USA, and the Herd must be ready to meet the challenge.

“The conference is extremely well organized, they’ve got a really good brand and everything has been smooth and very detailed,” Huff said. “I don’t know that the guys knew it was this intense, but I think it’s been a good experience for them.”

Huff received a lot of questions about Marshall’s quarterback situation as the Herd replaces two-year starter Grant Wells, who transferred to Virginia Tech at the end of last season. Texas Tech transfer Henry Colombi appears to be the starter going into fall practices, but there’s young talent behind him, including Cam Fancher, the only returning quarterback with playing experience from last season.

However, Colombi has experience in the Big 12 Conference, which sets him apart from the Herd’s other signal callers.

The scheduled 2023 Marshall-Navy football matchup at Joan C. Edwards Stadium will not be taking place. Although Marshall officials haven’t commented on the issue, Navy athletic officials said this week the Midshipmen will play host to Wagner in a non-conference game next season rather than travel to Huntington.

The reason given for the schedule change was to allow the Midshipmen rest following a late August trip to Dublin, Ireland for a game against Notre Dame.

No word has come from either Marshall or Navy on whether the Midshipman will make the trip to Huntington at a later date.

With Texas and Oklahoma heading to the SEC in the near future and UCLA and USC joining the Big 10 in two years, Sun Belt Conference Commissioner Keith Gill was asked this week if the league might consider growing from its 14-school membership.

Gill didn’t shut the door on such a possibility.

“I’m not really sure,” Gill said. “We’re not necessarily looking to expand, but if there is an opportunity out there that makes sense, we’d be open to it.

“It’s got to be a like-minded school with a good winning tradition, good athletic tradition and in our geographic footprint, which is important to us.”