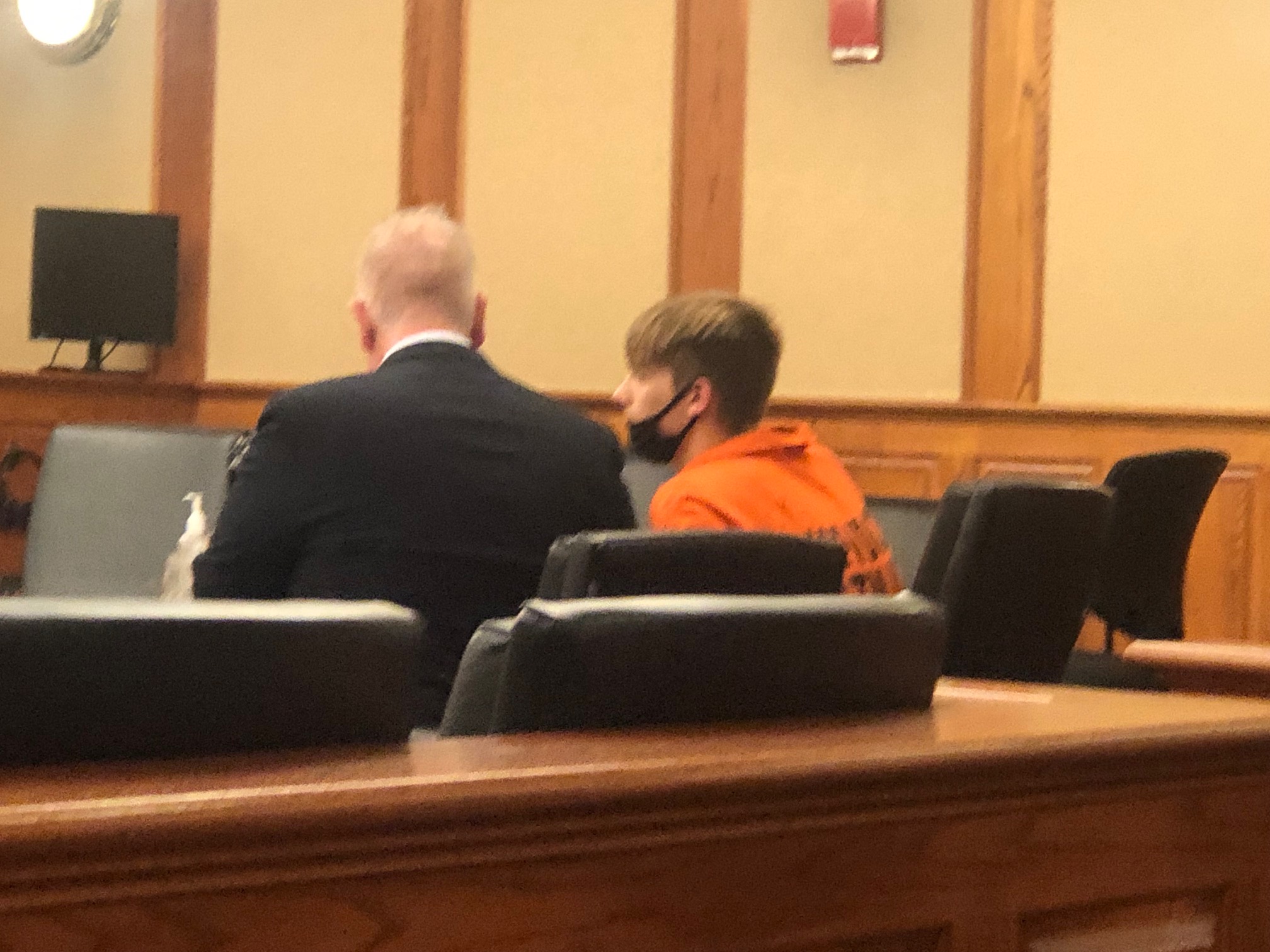 Eli Nelson, 17, appears for his sentencing Monday in Kanawha County.

CHARLESTON, W.Va. — A Kanawha County teenager was sentenced to 15 years in prison on Monday for the shooting death of a man in March near St. Albans.

Kanawha County Circuit Judge Maryclaire Akers sentenced Eli Nelson, 17, to the maximum sentence of 15 years in prison on a voluntary manslaughter charge. Nelson will be resentenced as an adult in January after his 18th birthday.

In June, Nelson admitted that he shot and killed Jimmy Keith, 26, on March 10 during an altercation on Third Street West, just outside of St. Albans. Keith, of Pond Gap, was living with his girlfriend in the area. The guilty plea followed Nelson transfer to adult status on a prosecution motion.

Nelson said he and a friend were breaking into various cars in the area and Keith came out into the street and confronted him and said, according to Nelson, that he was going to shoot him in the face. Nelson said he reacted by running and shooting, with a bullet fatally striking Keith.

“I’m sorry for what I have done to the family of Jimmy Keith. I replay the situation over and over in my head and ask myself what I could have done better during that,” Nelson said to the courtroom Monday.

“I know I am wrong and I accept my responsibility as a young man. I want to do better, I want to be better. I pray that God helps me. I do not want to be another deadbeat or lost in the system.”

Nelson’s attorney argued during the sentencing that his age should be taken into consideration when making the sentencing. Akers said that ‘an adult decision to carry a gun comes with an adult penalty.’

“I understand that you are 17 years old but you made a choice to go boost cars and carry a gun while you were doing that. That’s a very adult decision and it resulted in someone being killed,” the judge stated.

Akers also said that she believes Nelson received a ‘tremendous gift from the state’ in the voluntary manslaughter conviction itself, saying it was not first or second-degree murder.

The courtroom was crowded with family members of both Keith and Nelson. An aunt of Nelson, Cheynne Baisden, spoke on behalf of his family and said that Nelson deserves a second chance.

“He’s such a good kid and he deserves a second chance, he really foes. I don’t want to see him get lost in anything. He’s just a good kid,” she said.

“It was tragic what happened, it was.”

With a “#JusticeforJJ” t-shirt on, shirts worn by the entire family of Keith, the victim’s mother Theresa Starcher spoke to the courtroom before sentencing. She said it’s been a nightmare for the entire family including Keith’s young children, ages seven and two.

“The loss this has caused our entire family, especially me his mother is indescribable. There has not been a day that I have not cried since this happened. I missed a month of work and never wanted to return,” she said.