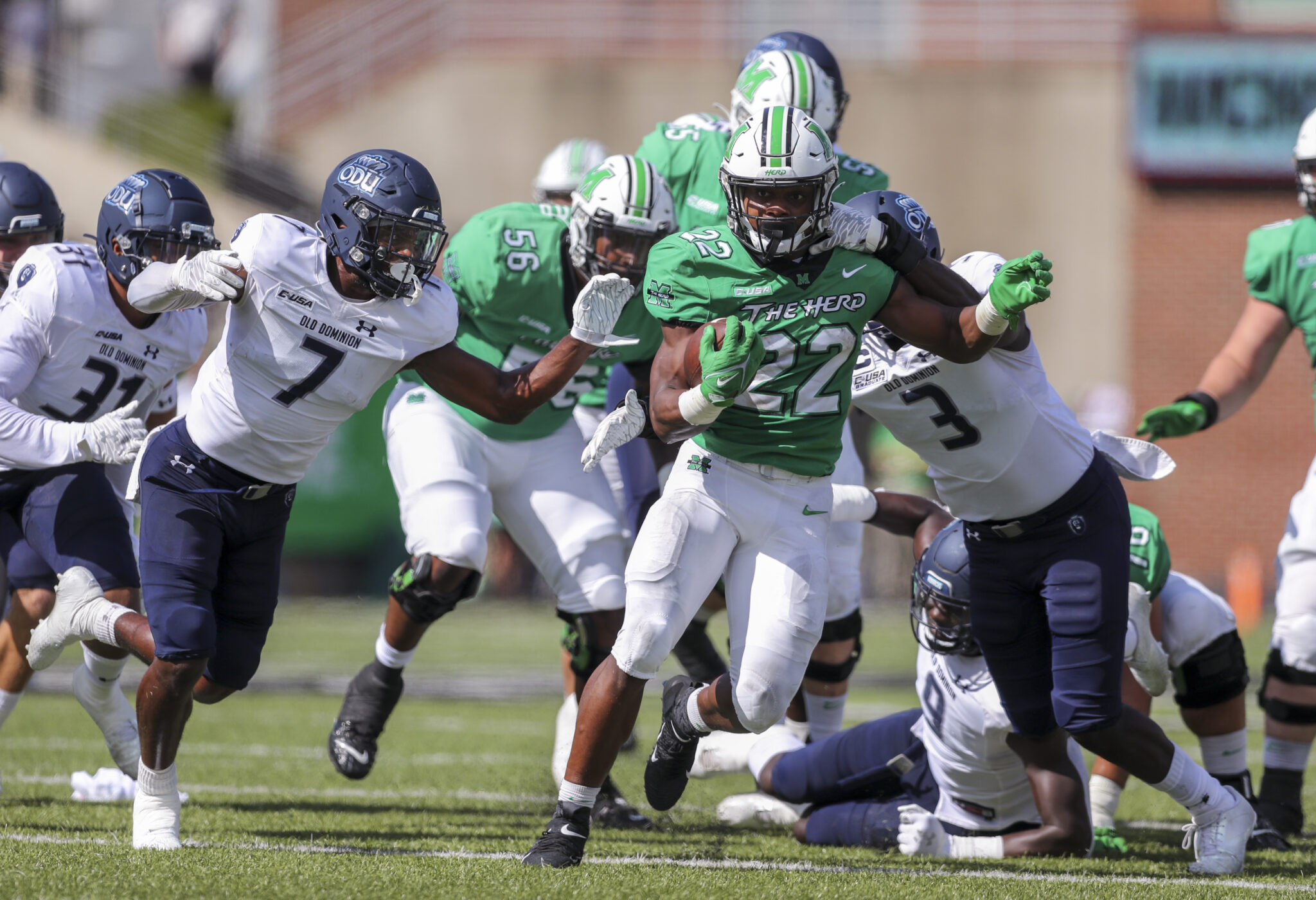 “Rasheen will be away from the team for some time, and as soon as he is mentally, physically and emotionally ready to return, he will be back,” Huff said. “Our team and staff are doing a great job of supporting him and we are looking forward to getting him back soon. We do not have an anticipated return date at this time.”

Ali enjoyed a sensational 2021 season as a redshirt freshman. The Cleveland native finished as the FBS leader in touchdowns with 25. Twenty-three of those scores came on the ground as Ali racked up 1,401 yards on 250 carries.

Ali was named to various national watch lists this preseason, including the Maxwell Award, annually presented to the College Player of the Year.

Huff concluded his statement saying, “Out of privacy and respect for Rasheen and his family, we will not comment further on this topic until he is back with us.”

In Ali’s absence, it is expected Florida State transfer Khalan Laborn will assume an expanded role in his first season at Marshall.

Ethan Payne, a 2019 Kennedy Award winner and 2021 graduate of Poca High School, could also become more featured. Payne rushed 20 times for 89 yards and two touchdowns a year ago as a true freshman at MU.

On Monday, a Twitter account for the magazine Huntington Quarterly said an upcoming signing event Ali was scheduled to be part of on August 27 had been canceled, citing a family issue as to why.

Marshall opens its season September 3 by welcoming Norfolk State for a 3:30 p.m. kickoff.