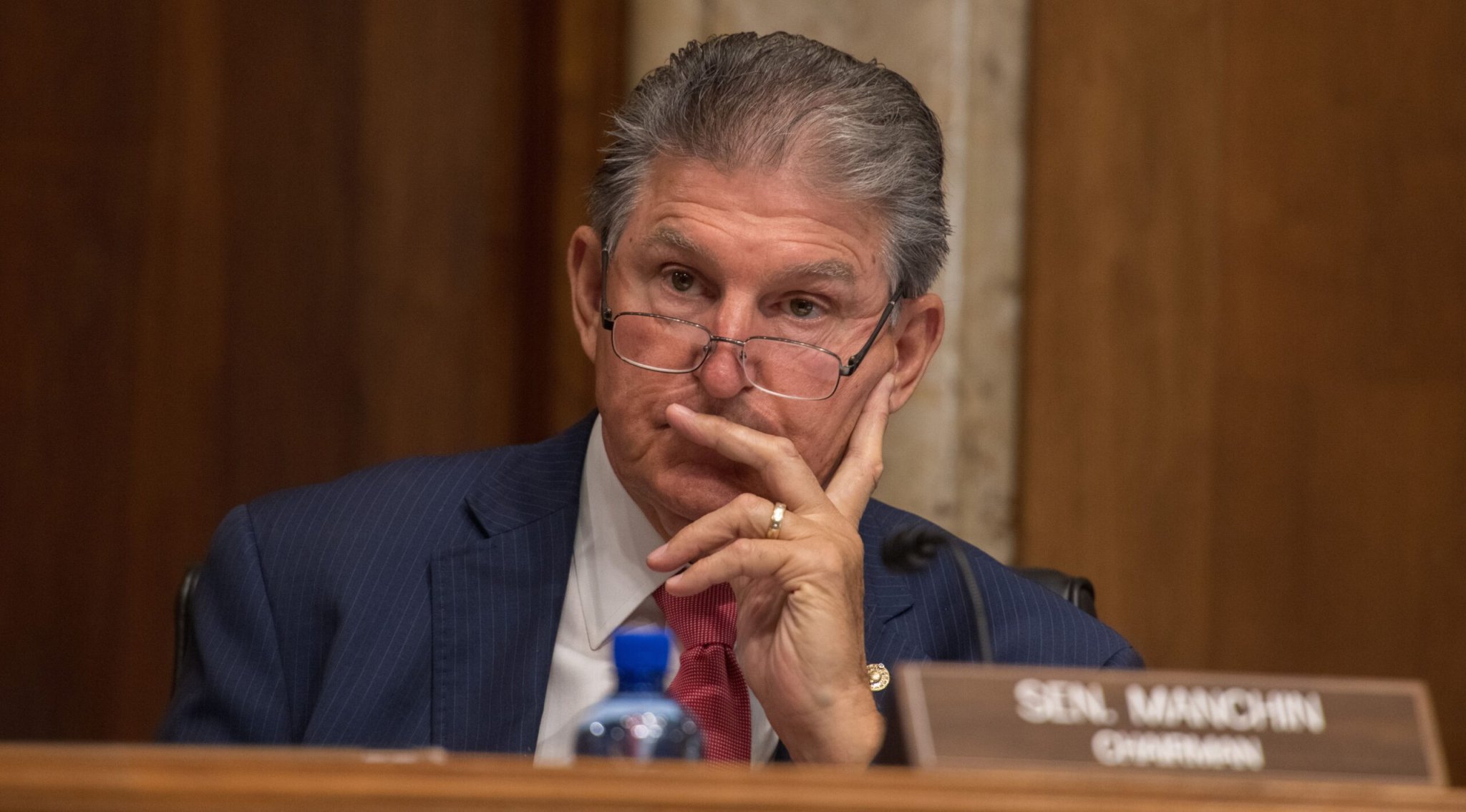 In the weeks following the Inflation Reduction Act becoming law, more Democrats and Republicans opposed the permitting proposal and its inclusion in a government-funding measure necessary for avoiding a government shutdown. Progressive lawmakers like Sen. Bernie Sanders, I-Vt., have raised concerns about prioritizing energy projects over addressing climate change, and Senate Republicans have introduced their own bill with similar items as Manchin’s proposal.

“I’ve been around a long time in state politics and federal politics. I’ve never seen stranger bedfellows than Bernie Sanders and the extreme liberal left siding up with the Republican leadership in the caucus. I’ve never seen this happen,” Manchin told reporters Tuesday. “What I’m hearing is it’s like revenge politics, and basically revenge towards one person: me.”

Manchin announced the legislative text on the permitting proposal will be published on Wednesday, contending the bill will present the best opportunity for Congress to pass permitting changes and complete the 303-mile natural gas pipeline from West Virginia and Virginia.

“If my Republican friends and colleagues and the leadership in the Republican Party is attacking me personally, take it away from me personally,” he said. “That’s going to be hard to go home and explain, ‘Well, we did this and we voted against it because of Joe Manchin.’ Makes no sense whatsoever.”

According to Manchin’s office, the permitting plan includes language allowing the president to designate high-priority infrastructure projects. The proposal also establishes shorter timelines for permitting reviews and a statute of limitations for legal challenges; the permitting process for some energy and mineral projects can take up to 10 years.

Federal agencies would also have to take necessary actions for finishing the Mountain Valley Pipeline. The pipeline is 94% complete, but the project has been hampered by legal challenges as costs have exceeded $6 billion.

“We’re looking at it in a reasonable and responsible way. Take me out of it,” Manchin said. “It shouldn’t be revenge.”

Sanders said earlier this month he will oppose a continuing resolution with permitting changes. More than 70 Democratic members of the House of Representatives sent a letter to House Speaker Nancy Pelosi, D-Calif., and Majority Leader Steny Hoyer, D-Md., stating they, too, are against such an arrangement.

“Defeating the Big Oil side deal is not about revenge,” the Vermont senator tweeted Tuesday. “It’s about whether we will stand with 650 environmental and civil rights organizations who understand that the future of the planet is with renewable energy and energy efficiency not approving the Mountain Valley Pipeline.”

Manchin objected to describing the permitting proposal as a side deal.

“It was one package we worked on from day one,” he told reporters. “It didn’t fit into the reconciliation, so it was separated, and that’s why it’s in this, and everybody agreed on that.”

Senate Republicans have been vocal about their support for permitting changes. Sen. Shelley Moore Capito, R-W.Va., called on Congress to support permitting changes before it considered the Inflation Reduction Act. She proposed a permitting amendment to the Inflation Reduction Act during last month’s vote on the bill, but the provision did not reach the 60-vote threshold necessary to become part of the final measure.

“If you’re now looking for Republicans to support and give you more cover than you have right now, you’re not going to find it with us,” Sen. John Barrasso, R-Wyo., said last week regarding Manchin. Barrasso serves as the ranking member of the Senate Energy and Natural Resources Committee, which Manchin presides over as chairman.

Capito led 46 Republican colleagues in introducing their own permitting legislation last week. The bill includes the completion of the Mountain Valley Pipeline in addition to Trump administration environmental policies and expediting the permitting and review processes.

Manchin has applauded Capito’s proposal, describing it as a “messaging bill” showing Republicans back permitting legislation. Manchin said Tuesday he believes at least 20 Republicans could support his plan.

“I wish they could have seen it sooner. We’ve been working on it and scrubbing it, getting it ready for the CR,” Manchin said. “She’ll see that and hopefully make up her mind that this is much better than anything we have ever had and anything we’re ever going to get in the future.”

“I can tell you if it was the Republican leadership doing what we have been trying to do, I would gladly vote for it,” he added.

“We just basically accelerate the timeframe, and I think that will be very clear,” he said of his plan.

Capito, the ranking member of the Environment and Public Works Committee, has expressed frustration about not seeing the legislative text of Manchin’s plan and an unwillingness to back his proposal without first reading the bill.

“If you’re not being asked to be in the room but you’re being asked to vote for something, wouldn’t you like to know what are the things that are going to get me to be able to vote for what you want?” Capito told reporters last week.

She added, “Now, the onus is on me to provide support for something I had no hand in and still don’t know what it is.”

The continuing resolution and Capito’s permitting bill would need 60 votes in the Senate to pass. The chamber is split between the Democratic and Republican caucuses.

Lawmakers must approve a continuing resolution before the end of the month to avoid a government shutdown. Forty-two House Republicans — including West Virginia Rep. Alex Mooney — and 14 Republican senators issued letters Monday stating they will oppose any continuing resolution that allows Congress to increase spending before lawmakers begin new terms in January.