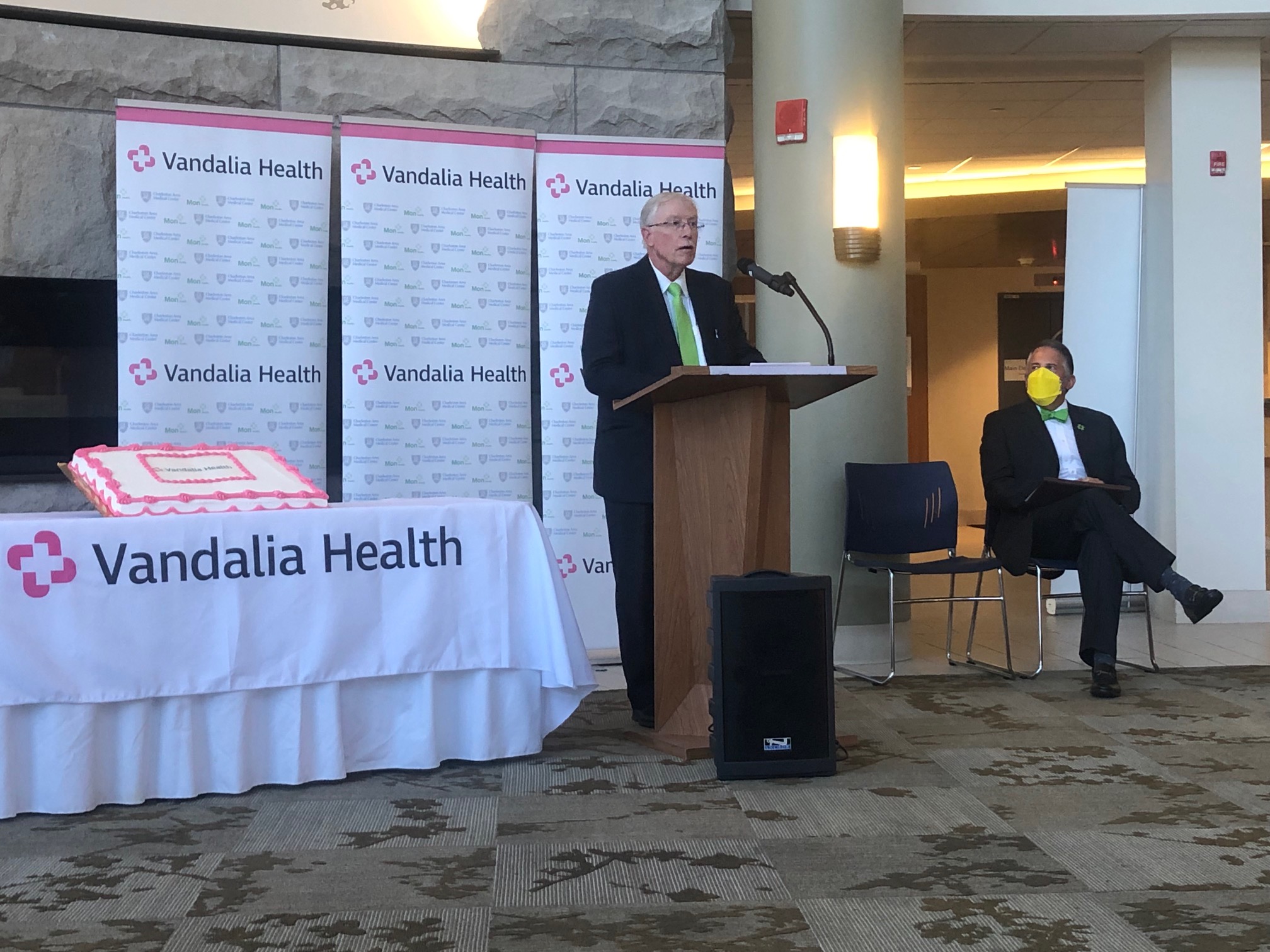 CHARLESTON, W.Va. — The merger of two major health systems in West Virginia to form a single health care system was celebrated on Wednesday.

Officials with Charleston Area Medical Center (CAMC) and Mon Health System gathered in Charleston to recognize the official creation of Vandalia Health. In March, the health systems announced their intent to come together and in August the final agreement was signed after receiving approval from all necessary regulatory and government review and approval.

“We talked to groups around the state about what their desires are and what they want to do. Mon chose to integrate closer to us through a merger and acquisition,” Glenn Crotty, an Executive VP of Vandalia Health and official at CAMC told the media.

David Goldberg, the President and CEO of Mon Health System and Executive VP of Vandalia Health said the parties met as early as December 2021 about opportunities for the future.

Vandalia Health will have 12,000 employees under its umbrella and eight hospitals across three states including West Virginia, Maryland and Pennsylvania. Goldberg and Crotty noted how the locations of Vandalia Health will be statewide, easing access for patients.

“Now we can come together and reduce costs, improve access, bring mutual patient experience opportunities across the geography, have one voice, and help be able to look at West Virginia as a whole rather than north and south,” Goldberg said.

Goldberg addressed what patients might see in the short term and long term saying, “Day one, day two, day thirty, you know the Mon brand, you see your Mon doctors, you know the CAMC brand, you see your CAMC doctors, that doesn’t change. Over time, now we can take the best and brightest from both pockets of the state. Then the patients will have better access to that expertise to improve holistically.”

There are other large health systems in West Virginia including WVU Medicine and the Huntington-based Mountain Health Network.