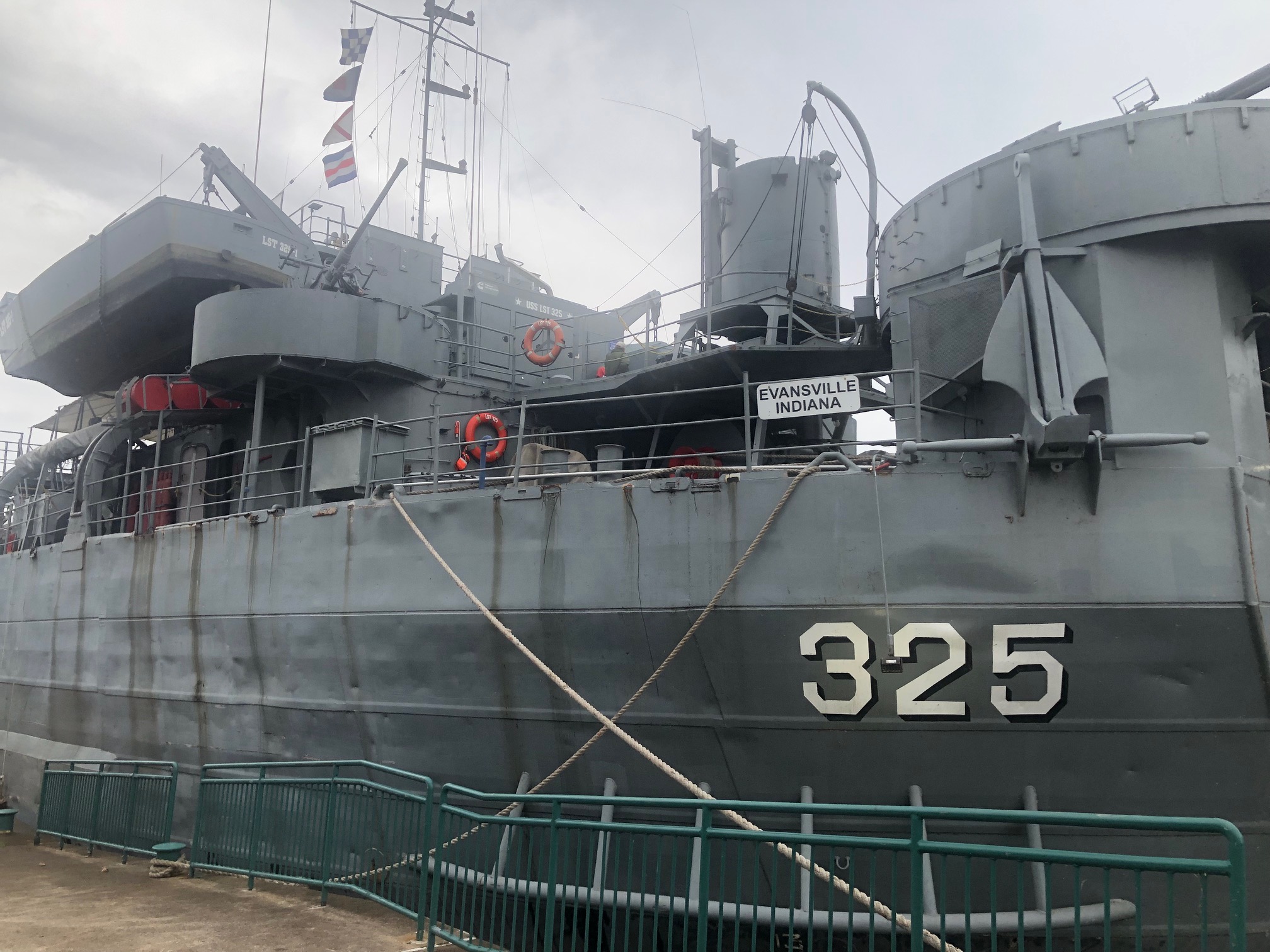 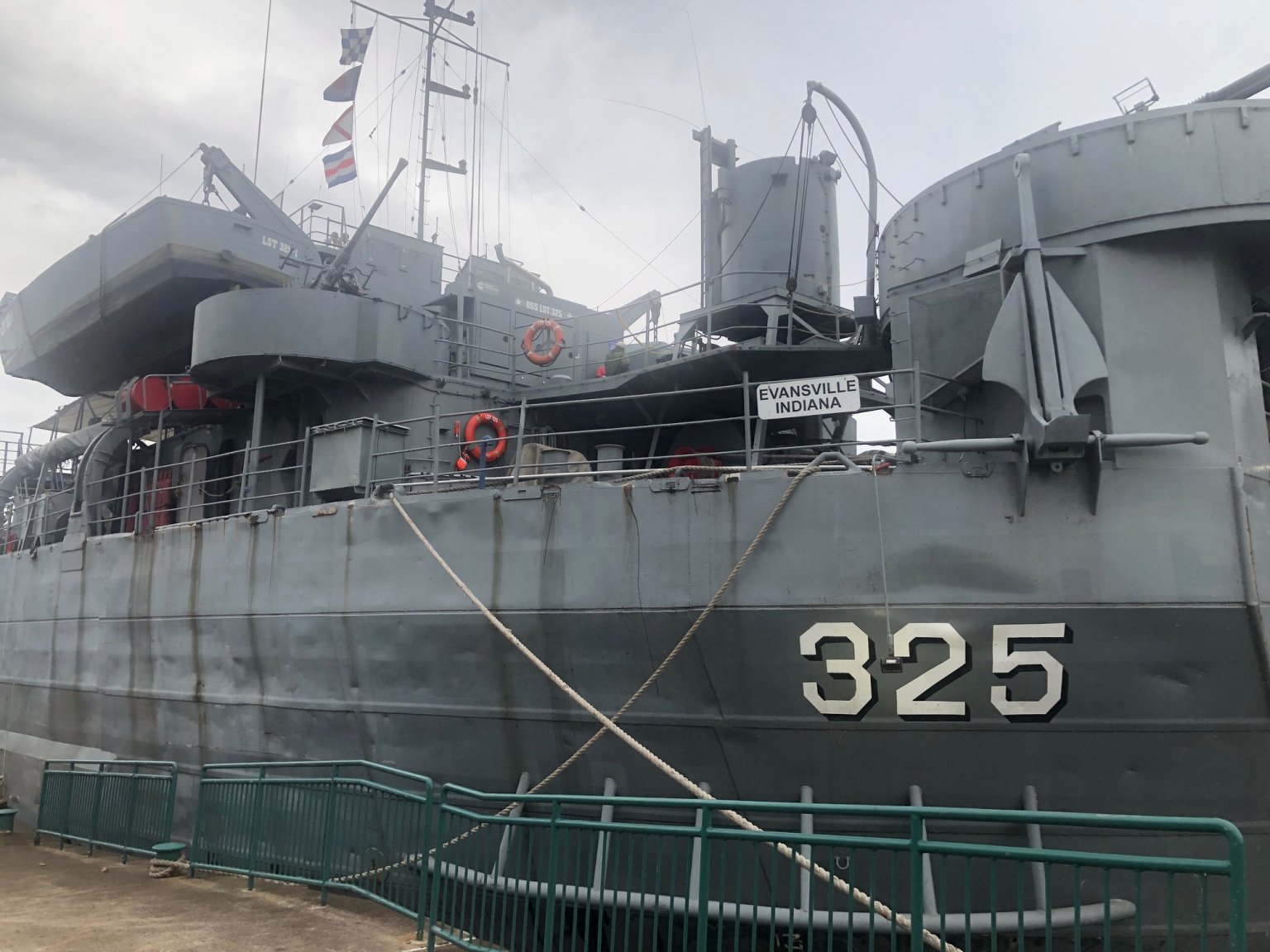 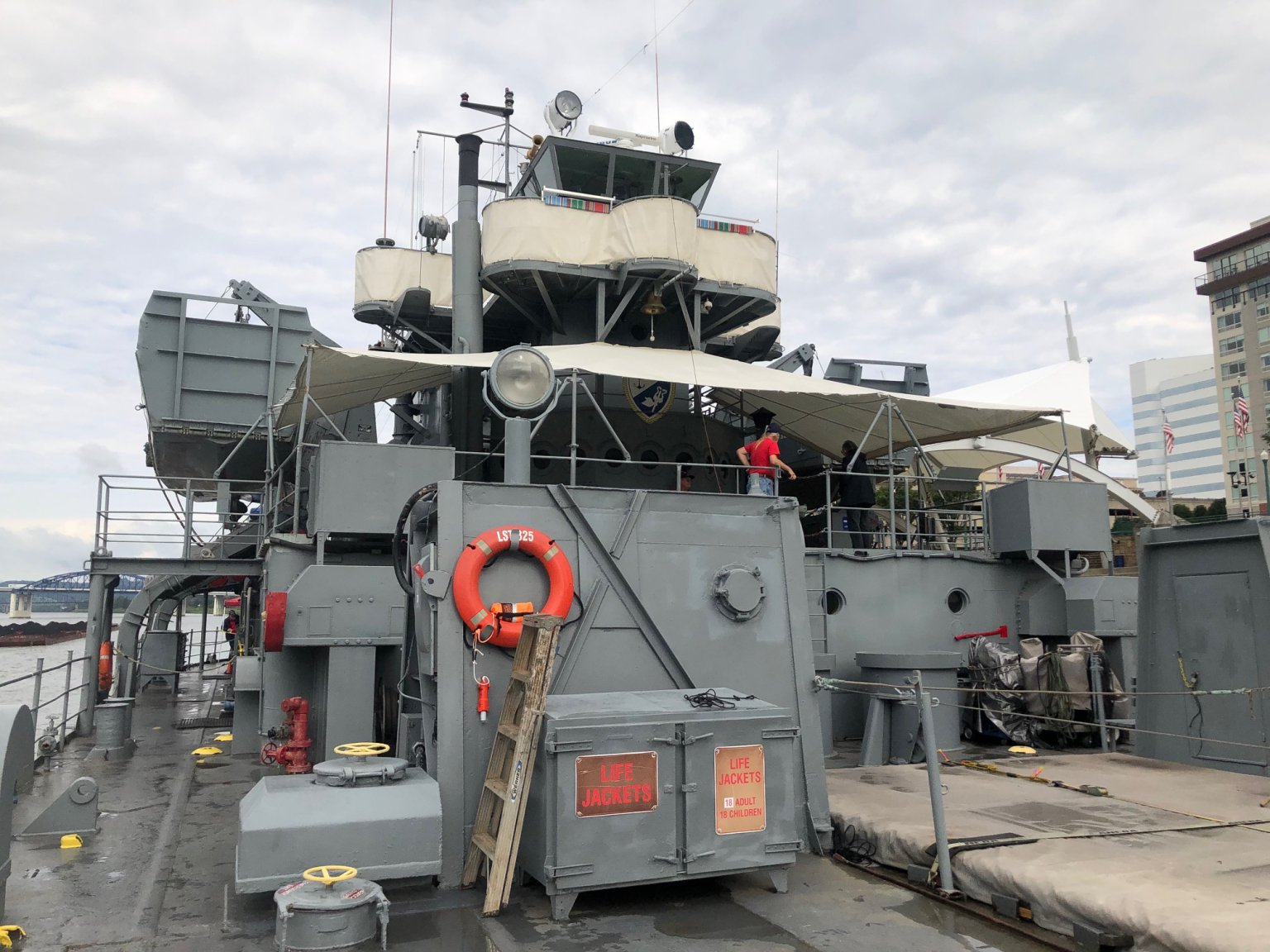 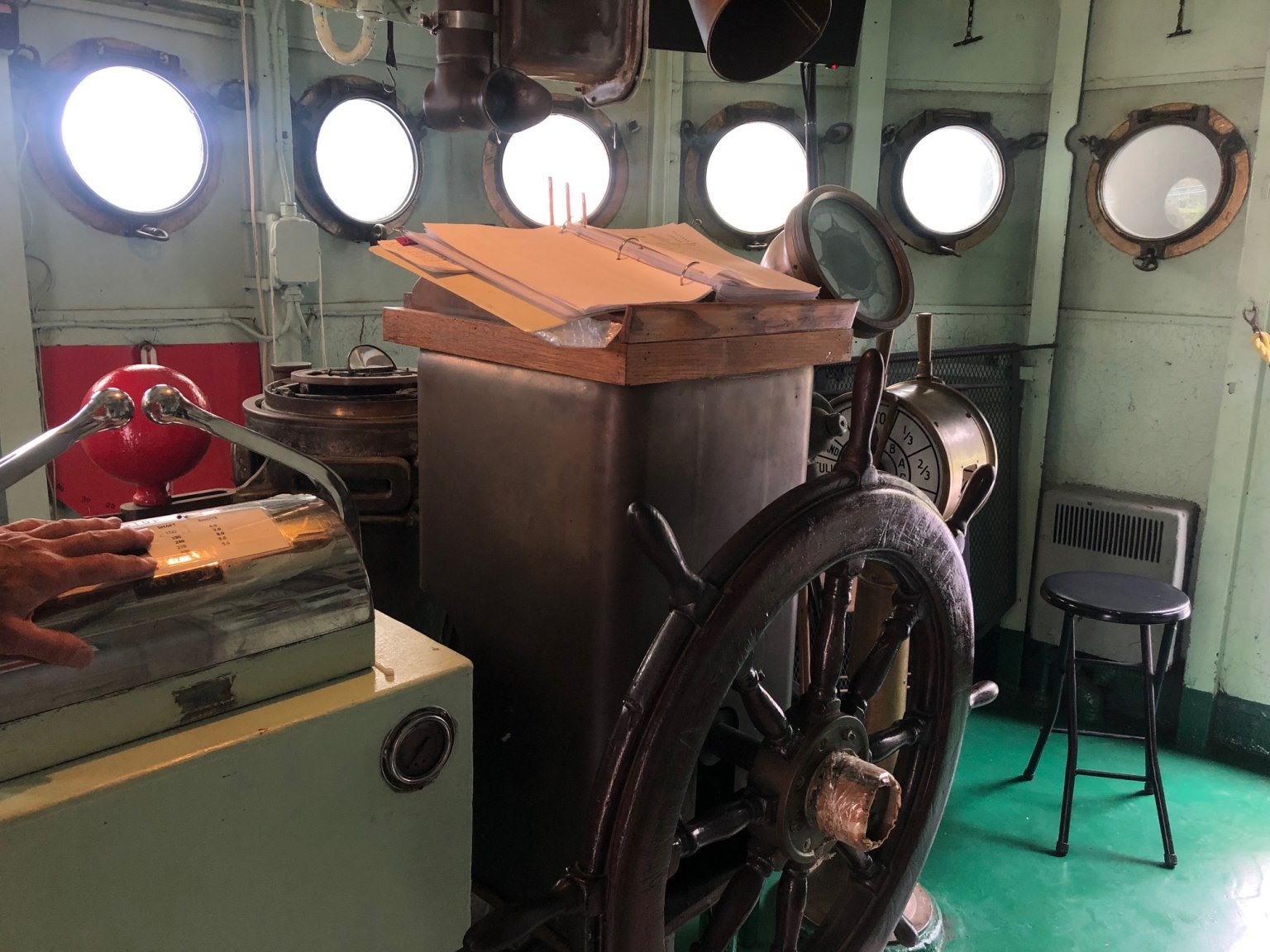 Where the captain of the USS LST-325 would be in first use. (Photo by Jake Flatley) 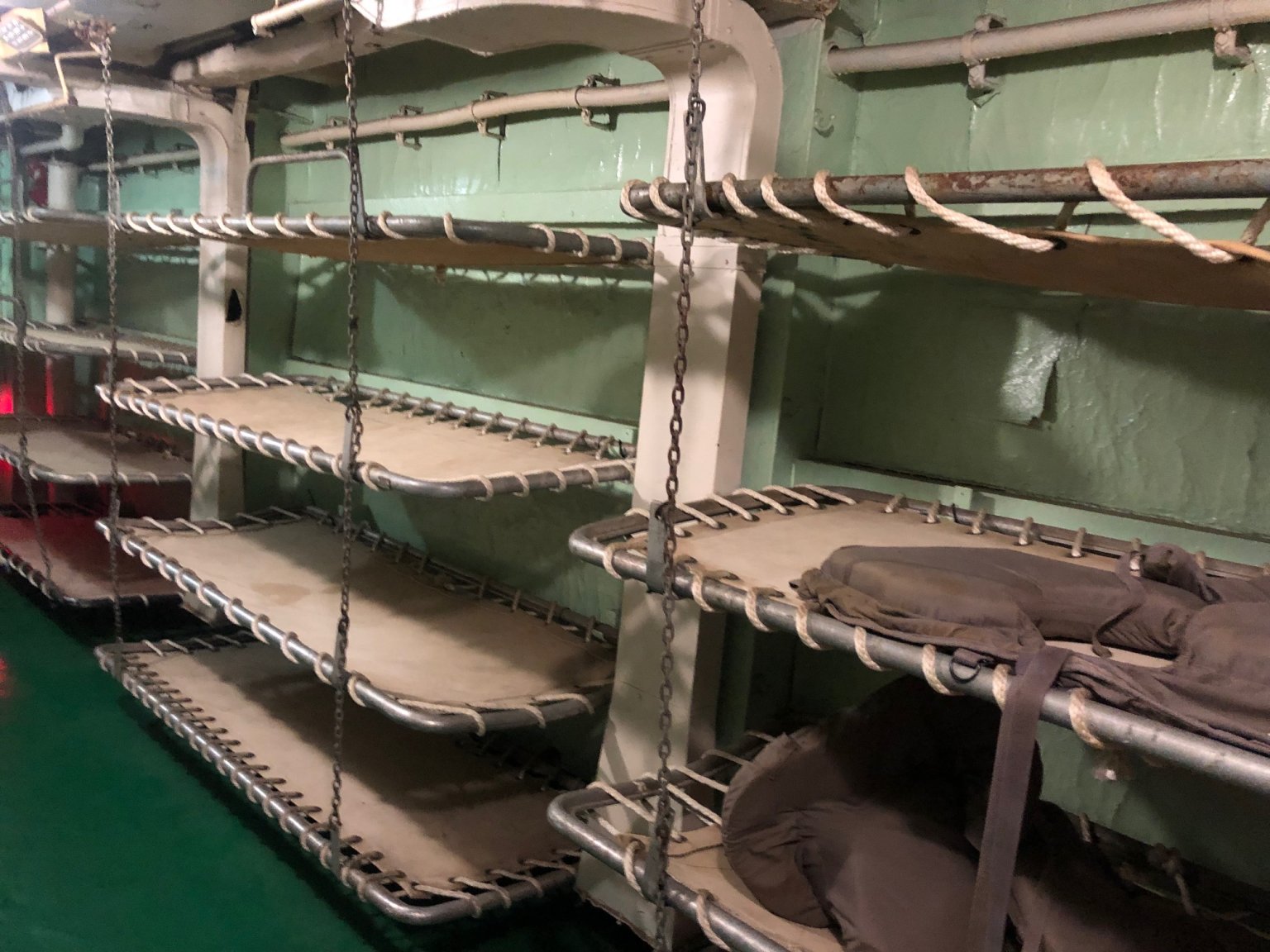 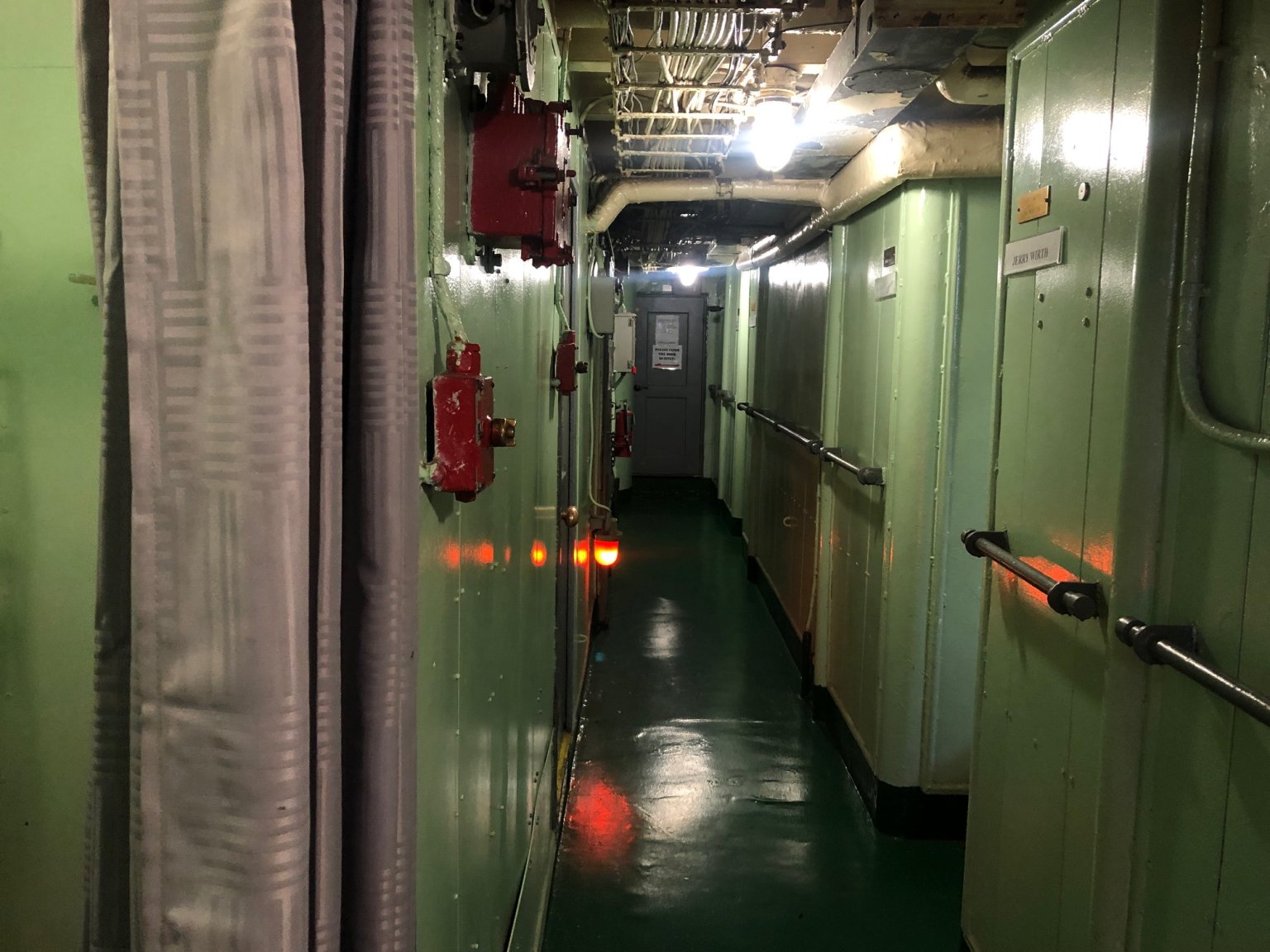 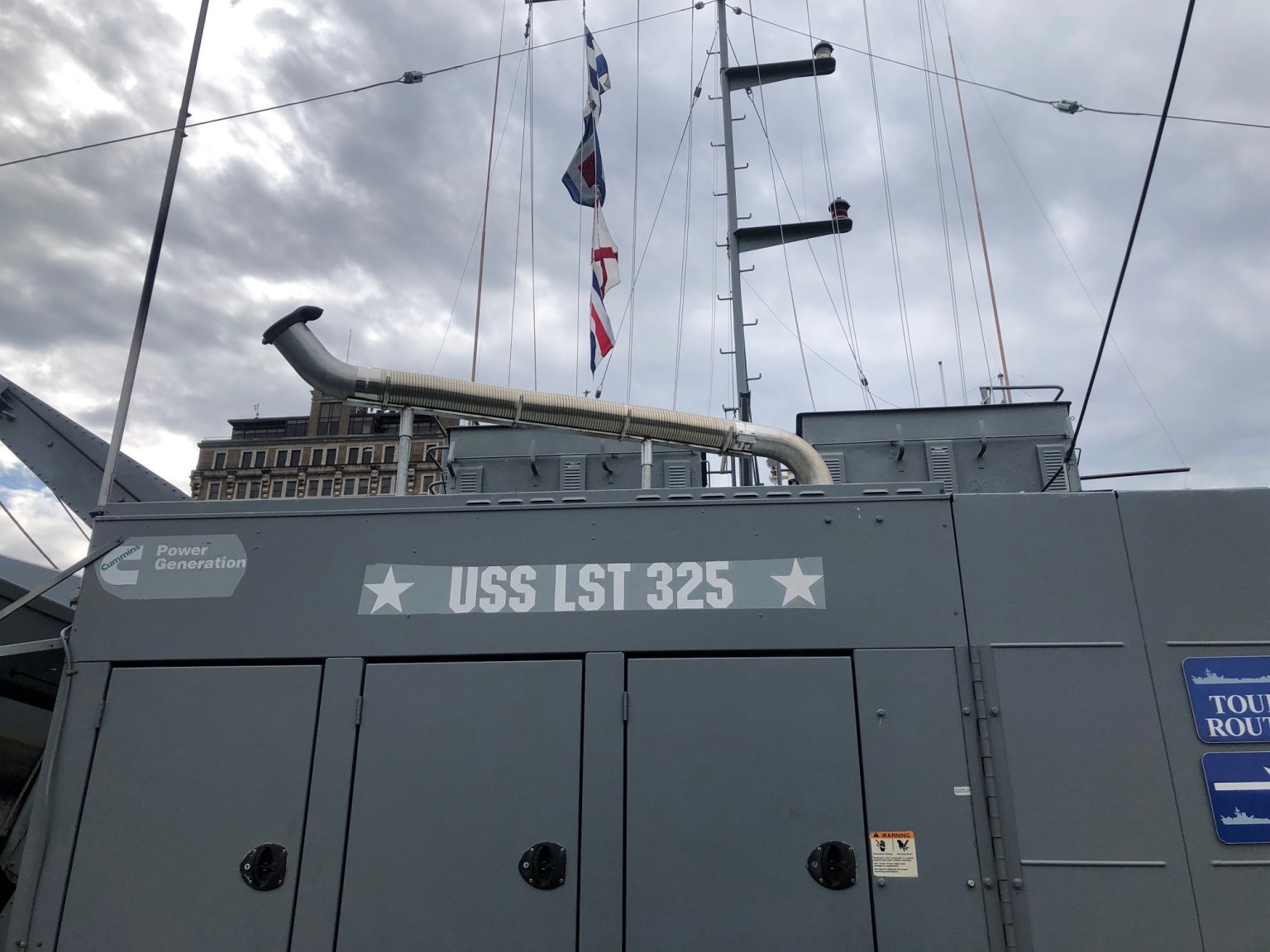 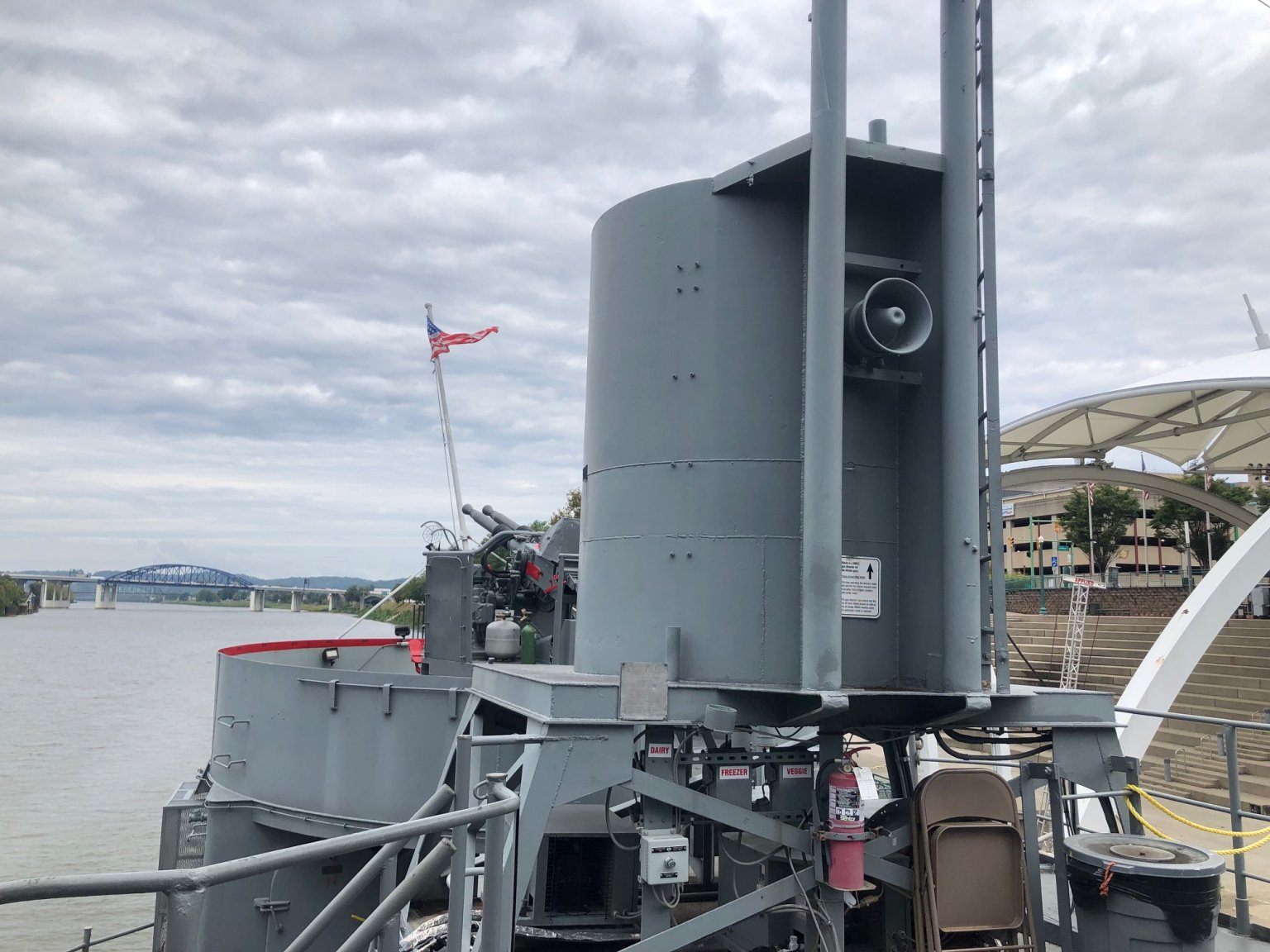 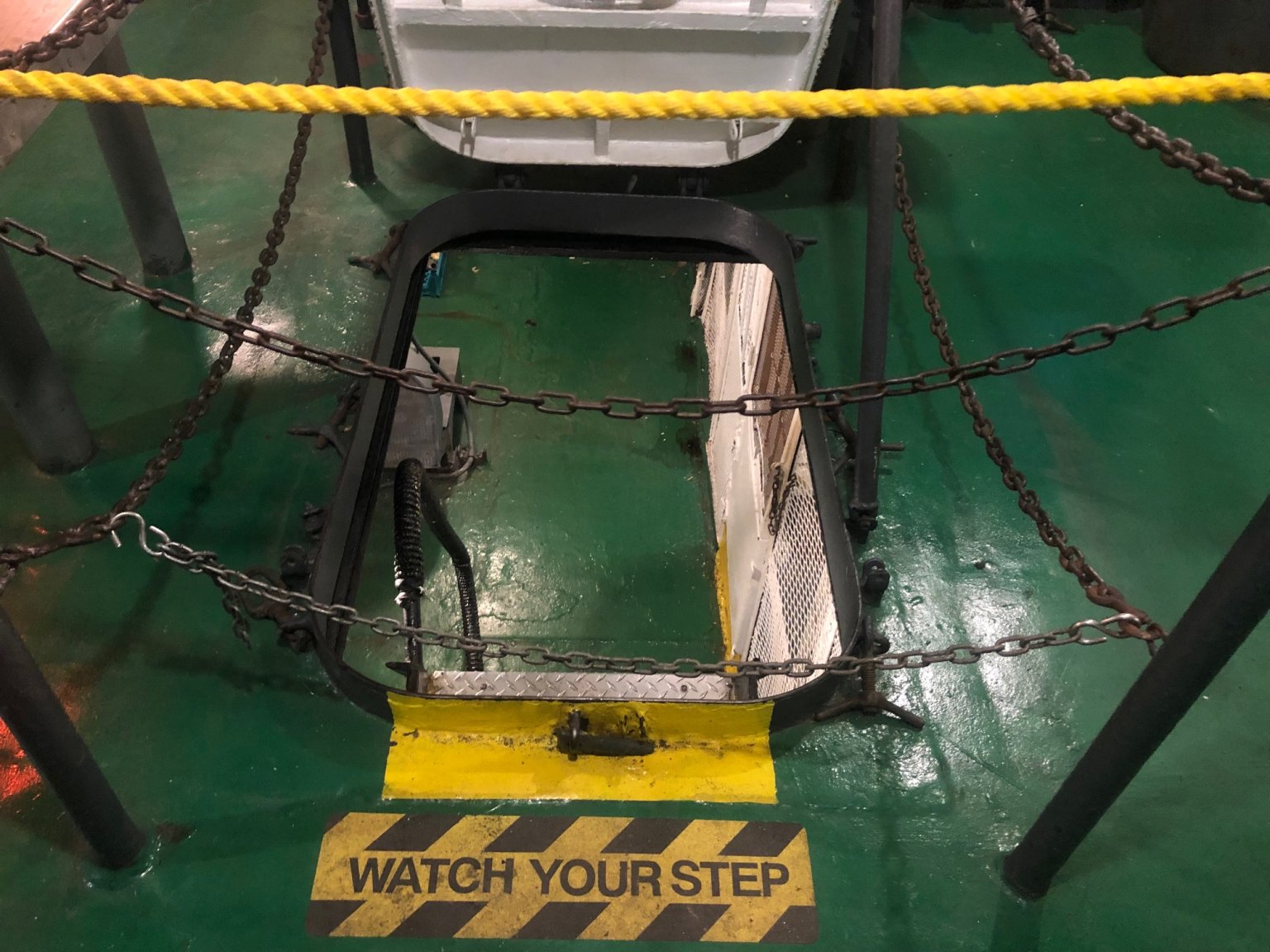 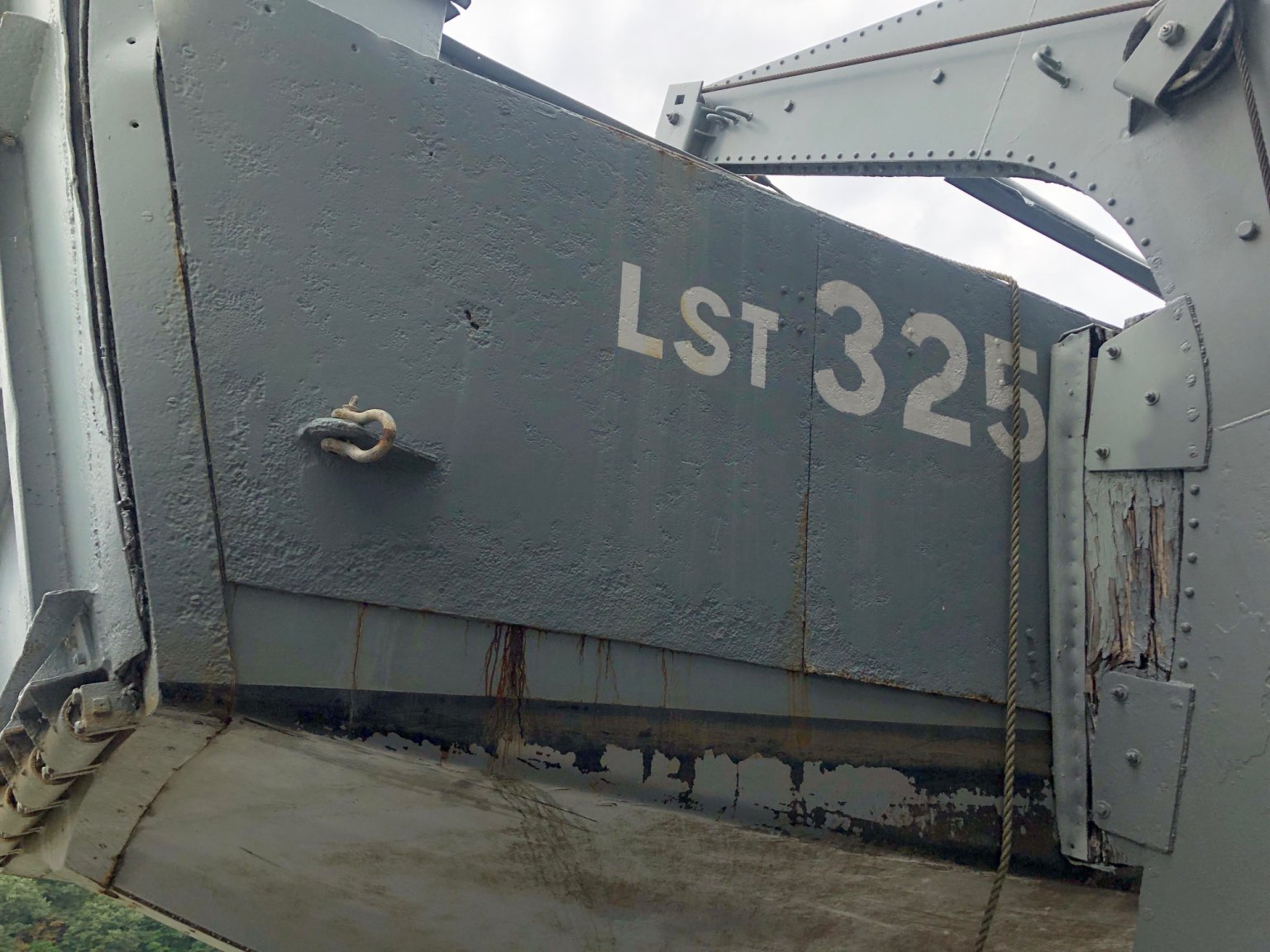 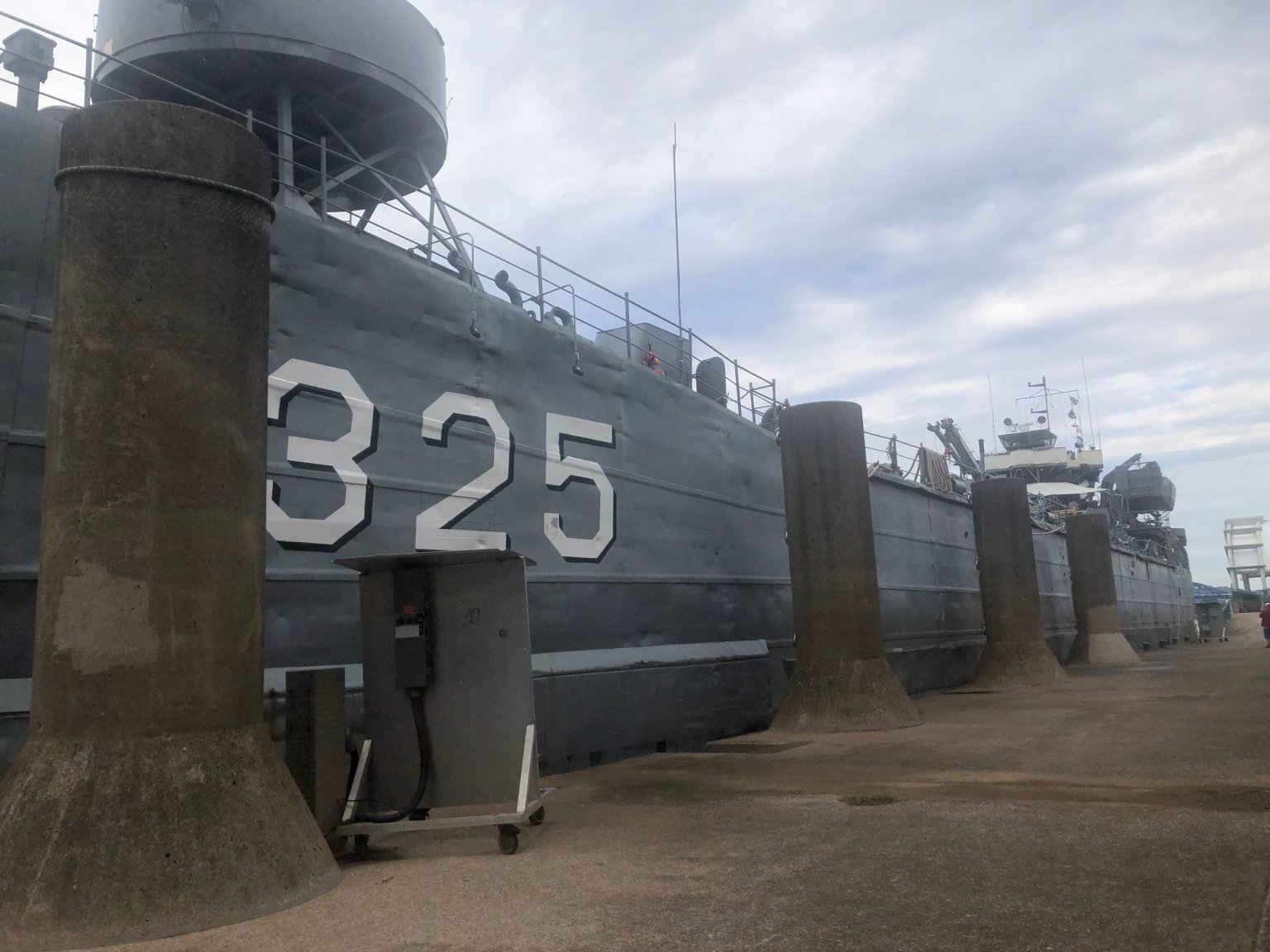 CHARLESTON, W.Va. — Residents of the Charleston area have a few more days left to get on board and check out the last fully operational World War II landing ship tank.

The USS LST-325 is docked at Haddad Riverfront Park in Charleston through Sunday. The ship is normally stationed in Evansville, Indiana but it tours the country once a month every year, making three stops.

Tour groups featuring the young and the old, military veterans and school groups checked out the 325 on Thursday, which was integral at the invasion of Normandy.

More than 1,000 landing ship tanks were built for the war. In 1941, they were the largest ship designed to place tanks, troops and cargo onto a hostile beach and then retract off the shore using the Stern Anchor. Winston Churchill called it ‘The Ship That Won The War.’

Bob Kubota, the current Captain of USS LST-325 told MetroNews that many people that go on tours of the ship connect right away because of past generations’ involvement in World War II.

“There’s been several people come through and say ‘my dad was on an LST.’ Even if it wasn’t this LST, they can make a connection because they are all pretty similar. This is what their dad would have seen,” Kubota said.

Forty-five volunteers are stationed on the 230-foot ship that came to Charleston from Ashland, KY. It will depart the capital city for Cincinnati, Ohio next week.

There are 11 stops on the tour of the vessel that includes the tank deck, view of the auxiliary engine room, entrance to the main engine room, tank deck aft end, the mess deck, galley and main deck, up the ladder to 01 level, officer’s country, the main deck, troop berthing, and the gift shop.

The volunteers guide patrons through the ship and answer questions about anything from the two single 40mm Bofor Guns on the 01 level to the racks placed for 300 Army or Marine soldiers.

“You always hear good things about the tour. I have never heard someone get off and say ‘that is the worst thing I have done in my life.,” Kubota said.

According to Kubota, the LST-325 was made in Philadelphia in 1942 and then sailed to New Orleans to be outfitted. The ship was commissioned on February 1, 1943, and decommissioned on July 2, 1946.

The ship operated in North Africa and participated in the invasions of Sicily and Italy, he added.

The LST-325 was reactivated in 1951 for service in the Military Sea Transport Service arctic operations taken out of service in 1961. LST-325 was again reactivated in 1963 and transferred to Greece in May 1964. The ship, named Syros (L-144), served in the Greek Navy until December 1999 when was decommissioned for the third time.

The ship has become a museum and memorial ship to the troops who served their country aboard LSTs. Kubota said the crew plans to take a trip to the Upper Mississippi River next summer.

Tours will occur Friday to Sunday at Haddad Riverfront Park from 9 a.m. to 5 p.m. Admission costs $15 for adults and $7 for youth ages six to 17.