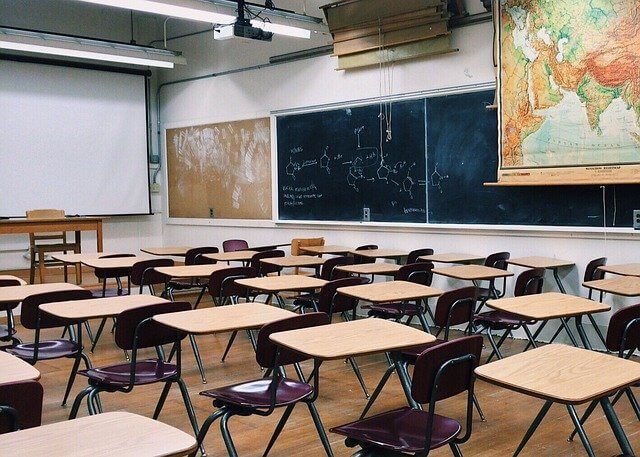 “I could use big, fancy words, but I’m just going to use this one: They suck,” Hardesty said today. “I mean, they’re dismal. They’re not good. The worst in the history of the state.”

West Virginia’s results from the National Assessment of Educational Progress were well below the national average and amounted to the state’s lowest performance ever.

Test scores for reading and math were down for fourth and eighth graders across the nation in Monday’s release of the education assessment known as The Nation’s Report Card.

West Virginia’s scores weren’t great in prior years and then plummeted even more following the pandemic disruptions of the past couple of years.

“People point to the pandemic, missed classroom instruction and those things. But today, I want to focus on something different. I want to talk about solutions,” said Hardesty, a former state senator and a three-term member of the Logan County Board of Education. “It’s like a patient. We’ve got to stabilize and triage the patient and start to do something to make it better.”

Hardesty, speaking on MetroNews’ “Talkline,” generally described a return to basics. “Let’s spend our day in the classroom teaching math, reading and writing.”

Not all students take the National Assessment of Educational Progress. The assessment is administered to a sample of schools whose students reflect varying demographics of the state. Within each school and grade being assessed, students are chosen at random to participate.

Only New Mexico, the District of Columbia and Puerto Rico were considered significantly worse than West Virginia in this age group and subject.

Only Alaska, New Mexico and Puerto Rico were marginally worse.

The District of Columbia and New Mexico were slightly worse, and only Puerto Rico was significantly worse.

“The results that we got back were, just frankly, the worst that we’ve seen in West Virginia,” Dayton said on “Talkline.” “That’s just, in our view, a wakeup call that what we’ve been doing isn’t working. Everything needs to be on the table because this is the future of our state. These are our children. We want to make sure that they have a good education, that they are well-prepared for their future.

“This is critically important, and I think what we saw was a wakeup call.”

What is @Brian_Dayton's takeaways from West Virginia's test scores? What can be done to fix these low scores? Brian joins @HoppyKercheval. WATCH: https://t.co/yCFQ3nEhk6 pic.twitter.com/A2rDtuaPXX

The disruptions brought on by the covid-19 pandemic affected the scores in a predictable way, said Monongalia County Schools Superintendent Eddie Campbell.

“I’m not shocked at all. I think everybody anticipated that between the time period of 2019 and 2022, when the NAEP test was given, I think anybody in education expected that scores nationally and statewide would deteriorate. I don’t think that was unexpected,” Campbell said on “Talk of the Town” on WAJR Radio.

He continued, “We also understand that we’ve got a lot of work to do, and we are digging into the data that’s available to us to make plans for how to attack what it is we need to look at in both math and reading.”