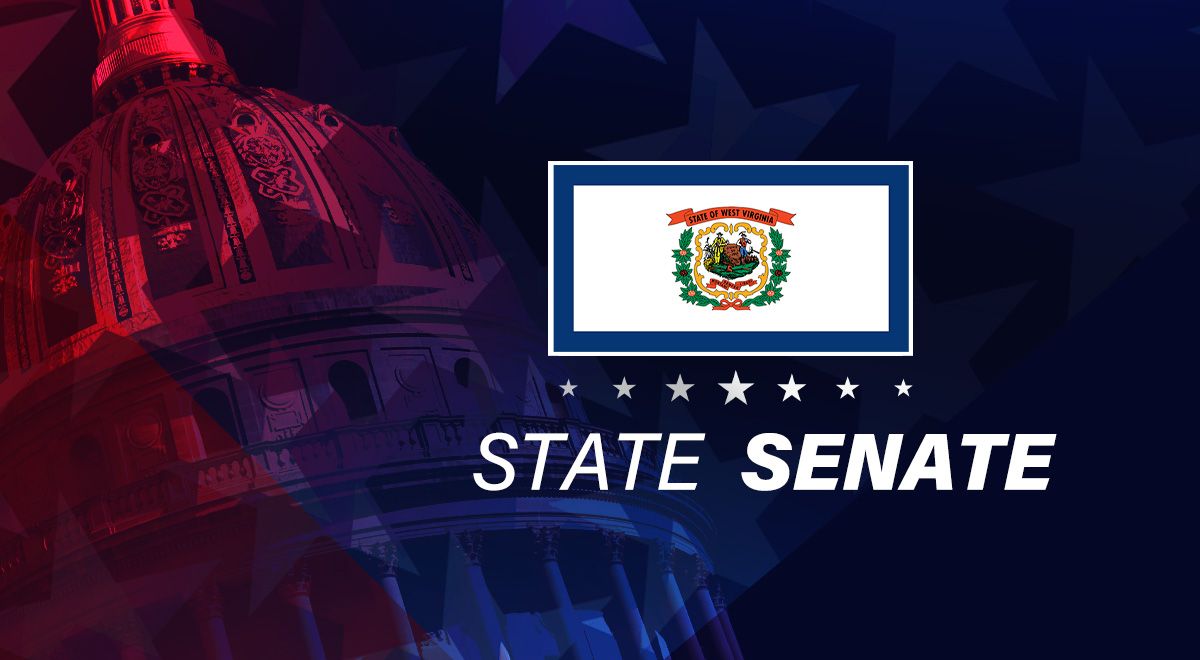 CHARLESTON, W.Va. — Half of the state Senate’s 34 seats are on the ballot in Tuesday’s General Election with challenged races in 15 of those 17 match-ups.

Republicans could add to their super majority in the Senate while Democrats hope to hold serve or take a few seats away from the GOP. Republicans won 14 of the 17 races two years ago. Republicans currently hold a 23-11 edge.

The Senate districts have been redrawn since the last election follow the results of the 2020 Census.

“I’m the only U. S. Attorney in the history of the state to prosecute two Supreme Court Justices, some of the largest drug take downs in the history of West Virginia,” Stuart said. “I have a history of getting things done and my opponent has had a 16-year career of doing very little.

Stollings, a medical doctor who is seeking his fifth 4-year term in office, said his agenda is all about investing in quality-of-life issues.

“We need to grow and diversify our economy to have a bigger tax base as we move forward. We need to try to fix our education system, we should really be investing in public education right now,” Stollings said. “Our health care system, I see it on a daily basis, there are many flaws and holes in the system.”

That district, is the newly drawn and encompasses parts of Logan, Lincoln and Kanawha counties. It takes a wide swath of Kanawha County up the Kanawha River to the Fayette County line and west into the Tornado community.

Over in the eastern panhandle, Hannah Geffert, D-Berkeley, is running to keep the District 16 seat she was appointed to by Gov. Jim Justice when John Unger resigned to serve as the Berkeley County magistrate.

Geffert is in a battle with Republican Jason Barrett. Barrett changed his party affiliation from Democrat to Republican in 2020 and has held a seat in the House of Delegates since 2016.

Barrett has served on the House Banking and Insurance Committee, Finance Committee and Political Subdivisions Committee. Barrett said the differences between himself and Geffert have been very clear.

“In recent forums she has been opposed to every tax cut that we’ve discussed, she doesn’t want parental involvement or parental options in our education system,” Barrett said. “I think she has done done a decent job of hiding her liberalism, but when pushed on the issues I think it comes to light.”

Geffert has been a champion for civil rights, migrant workers, the education system, youth and jobs and decent housing for veterans. She believes the state surplus is built in economic development tool.

“That money should be spent for our schools and our Foster Care system,” Geffert said. “It’s kind of funny because that businesses are often looking at when they look to move to a place- they want to know the schools are good and they want to there are public services.”

The seat has been held by Sen. Bob Beach, D-Monongalia, who is on the ballot Tuesday for a seat on the Monongalia County Commission.

Oliverio is now a Republican. He served as a delegate from 1992 to 1994 and then was elected to serve in the Senate. He held the seat until he mounted an unsuccessful bid for Congress in 2010. Oliverio is interested in cutting income and property taxes with record surpluses.

“Anything we can do, whether it’s homestead exemption for seniors or other programs to take these surplus dollars and put them back into the pockets of the taxpayers who pay those taxes- that will be a priority,” Oliverio said.

“It’s pretty hard hitting, I’ll say that,” Fleischauer said of the race. “There’s been a lot of negative and I’m just trying to keep my head above water and stay positive basically. I’ve been working very hard.”

Fleischauer has served two separate stretches in the House. The first from 1994-2002 and the second from 2006-to present.

In the south, the battle for the State Senate District 10 seat is a three-way contest between incumbent Sen. Stephen Baldwin, D-Greenbrier, the Senate Minority Leader, Republican Vince Deeds and Independent Aaron Ransom.

Baldwin has held the seat since 2017 and serves on the Senate Agriculture and Rural Development Committee, Confirmations Committee, Senate Finance Committee and the Senate Rules Committee.

“They’ve spent more against me, that one group (West Virginia’s Future PAC), than I make in one entire year as a minister,” Baldwin said. “Sending negative mailers, social media adds and that sort of thing, so it has been relentless.”

Deeds is also a minister. The retired state trooper contends he has the resources and experience to effectively represent the newly drawn district in Charleston.

“I can be a strong, effective leader for the people in the 10th Senatorial District, but also I can give them a voice,” Deeds said. “I’ve been blessed to be endorsed by Governor Jim Justice, I’ve been been endorsed by the leadership in the senate, the chamber of commerce, West Virginia Farm Bureau and the West Virginia Manufacturers Association.”

The Independent in the race, Aaron Ransom has plans to bring parity to the tax code and find ways to provide relief from inflation for families and move the state forward.

Some familiar faces not on ballots include Sen. Owens Brown. D-Ohio. Brown was appointed by Gov. Justice in September 2021 to replace incumbent Bill Ihlenfeld who became the U. S. Attorney for the Northern District of West Virginia under the Biden administration.

Brown was defeated in the primary by long time Democrat Delegate Randy Swartzmiller. Swartzmiller will now try to win a senate seat against Republican Laura Chapman.

Senators Beach from the 13th, Mike Romano from the 12th and David Sypolt from the 14th all declined to run for reelection.

MetroNews will provide live, continuous coverage of the election starting at 7:06 election night and results will be posted in real time on our website wvmetronews.com