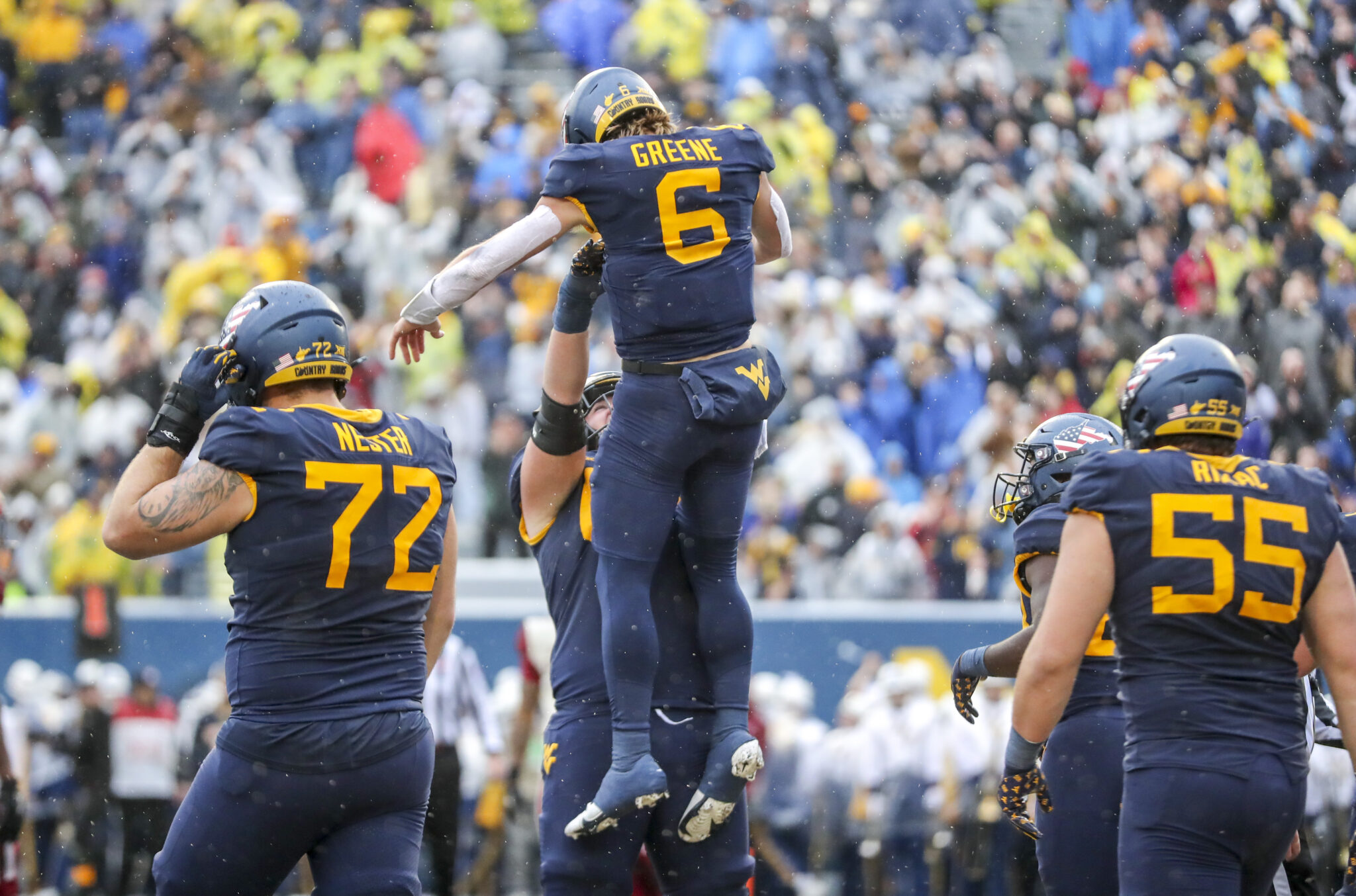 The redshirt freshman admits there’s uneasy feelings at times leading up to games, though after making his first career start October 29 against TCU, Rimac is settling in to his expanded role.

Rimac has played in all 10 West Virginia games this season, though his role has changed over the second half of the season. James Gmiter, who entered the 2022 campaign with 25 career starts in 33 games played, was the starting left guard for each of WVU’s first six games.

But after suffering an injury and trying to cope with the death of his mother, Gmiter hasn’t played since and announced

After being injured and coping with the death of his mother, Gmiter hasn’t played since and recently announced he was walking away from football.

Since then, Jordan White started once at left guard in a loss at Texas Tech, before Rimac worked his way into the starting lineup.

West Virginia head coach Neal Brown didn’t expect Rimac to play as much as he has, but likes what he’s seen from the 6-foot-6, 312-pound native of Brunswick, Ohio.

“Coming into the year, we felt like maybe he’d be the eighth or ninth guy,” Brown said. “Here he is starting. We hit a stretch where we were playing some really good defenses and he’s done really well. The future is really bright for him. He’s getting better, too. He’s not just plateauing, so I’m excited for him.”

While Rimac is still largely inexperienced compared to his counterparts up front, his footwork has been a strength early into the extensive action.

Rimac says it’s been instilled in him to play with the proper base fundamentals.

“It’s something we work on every single day,” Rimac said. “You can’t overlook those little things, because when you’re playing, those are things that are either going to help make that block or if you don’t have good footwork, then you could miss that block. It’s a big part of what we do, especially on the offensive line.”

Along with having to transition from high school to college football, Rimac is also playing a position he had very little familiarity with before his arrival in Morgantown.

At Brunswick High School, Rimac was a left tackle. Mostly because of his size, Rimac admits he got away with things at the prep level that he now. can’t

“In my league, I was one of the bigger kids. They didn’t really coach me up on much and just kind of let me play,” Rimac said. “I was actually at left tackle in a right-handed stance. It was a little bit of transition to left guard, but I felt like I transitioned pretty well and I’m enjoying it.

He admits playing in a left-handed stance took some adjusting, but it’s something Rimac has now grown used to.

“During practice in high school, I’d play both sides, so I’d switch up my stance a little bit,” he said. “It took a little getting used to. After a week or so, I was used to it.”

In high school, Rimac was an accomplished thrower in shot put that finished second in the state meet as a senior with a throw of 61 feet, 6 inches.

He says he considered wanting to continue on with it in college at that time, but has no regrets with instead opting to play football in college.

“It’s something that I definitely thought about then, but overall, football was the better option that would give me better connections later on down the road,” Rimac said.

Now, in his second season at West Virginia, Rimac finds himself playing beside left tackle Wyatt Milum, who entered college at the same as Rimac.

While Milum started eight games over 12 appearances as a true freshman and all 10 contests thus far this season, Rimac has been more of a project that’s worked his way into the lineup through a mixture of improvement, patience and circumstance.

“My background growing up, I have pretty tough parents and I’m grateful for that,” Rimac said. “They put that work ethic into me that no matter what happens, head down, keep working and you’ll get there.”