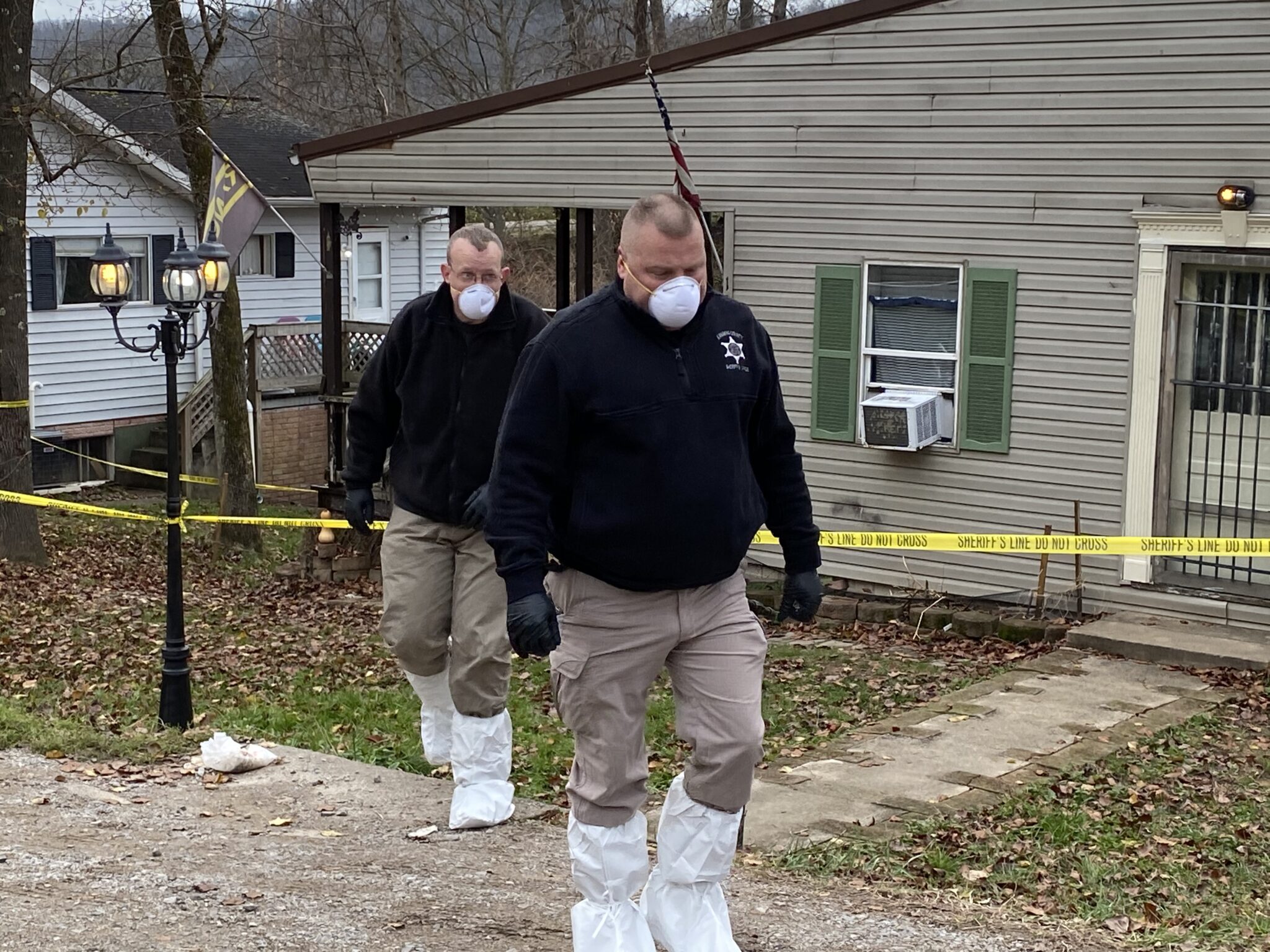 Kanawha County detectives exit a house near Elkview on Dec. 13, 2020, where 4 people were killed including 2 children. (Photo/MetroNews)

Smith, then 16, now 18, is on trial for four counts of first-degree murder. A 12-member Kanawha County jury was chosen and began hearing testimony Monday in Charleston.

Kanawha County Assistant Prosecutor JC MacCallum told the jury Smith killed his family because he was a frustrated teen and he wasn’t allowed to spend time with his girlfriend Rebecca Walker.

Defense attorney John Sullivan told jury members during his opening statement that they’ll hear evidence that indicates Smith felt trapped in his own home–and was abused. Sullivan said Smith killed his parents and two younger brothers but it wasn’t first-degree murder. He said there was no malice.

Police found the bodies of Daniel Dale Long, 37, Smith’s stepfather, and Risa Mae Saunders, 39, his mother, in their bed on Dec. 13, 2020. They had both been shot in the head. His brother Gage Ripley, 12, was found dead in his parents’ bedroom while his brother, Jameson Long, 3, was found underneath his bed.

MacCallum said killed his family, hid in the woods for a time and then hid in Walker’s home. She was convicted earlier on a post-murder charge and is serving a 10-year prison term.

The prosecution called several witnesses to the stand Monday afternoon including Smith’s grandfather.