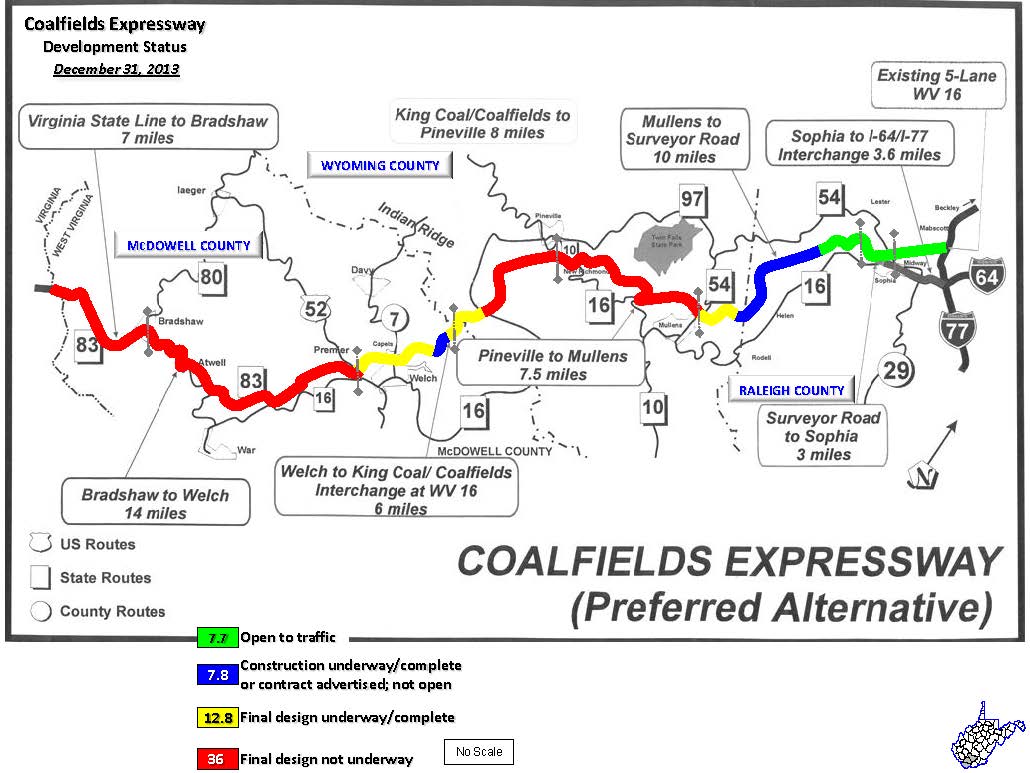 Construction of the Coalfields Expressway is underway in southern West Virginia. (Image/WVDOH)

WASHINGTON, D.C. — A new federal highways program will result in $25 million for the under-construction Coalfields Expressway in southern West Virginia.

Capito said she pushed for what’s called the Rural Surface Transportation Grant Program when negotiations were taking place in Congress on the Infrastructure Investment and Jobs Act.

“We are seeing the benefits of that program come to fruition,” Capito said in a video message posted Monday.

The money will help finance a stretch of the Coalfields Expressway from Route 16, near Twin Falls Resort State Park, to Mullens. The four-lane highway currently goes from Beckley in Raleigh County to just east of Mullens in Wyoming County. Plans are to link the highway to U.S. Route 23 in southwestern Virginia.

“This highway will not only make this area of our state more accessible but it will help connect workers to jobs, patients to hospitals and visitors to recreation activities across our state,” Capito said.

Gov. Jim Justice said he was glad to hear the news about the additional funding in a Monday morning tweet.

So happy to hear about the $25M in funding from the Infrastructure Investment and Jobs Act to help build another segment of the Coalfields Expressway! https://t.co/gXapkfssoz

The state awarded a $147.6 million contract back in May to Lexington, Kentucky-based Bizzack Construction to build a 5.12-mile section of the expressway from Welch to state Route 16.

State Transportation Secretary Jimmy Wriston called the section, which will include the moving of 16 million yards of dirt along with the construction of two ramps, two bridges, the “linchpin” to completing the much talked about highway.

“This is the one that starts the drum beating. This is the beginning of the end of getting this done,” Wriston said at a May 13 ceremony.

Wriston said the Welch project, which has a completion date of June 2026, will include 10,000 feet of large drainage pipe, a connector road on the west side and access to Indian Ridge Industrial Park at the federal prison.

Justice broke ground for the section in August.