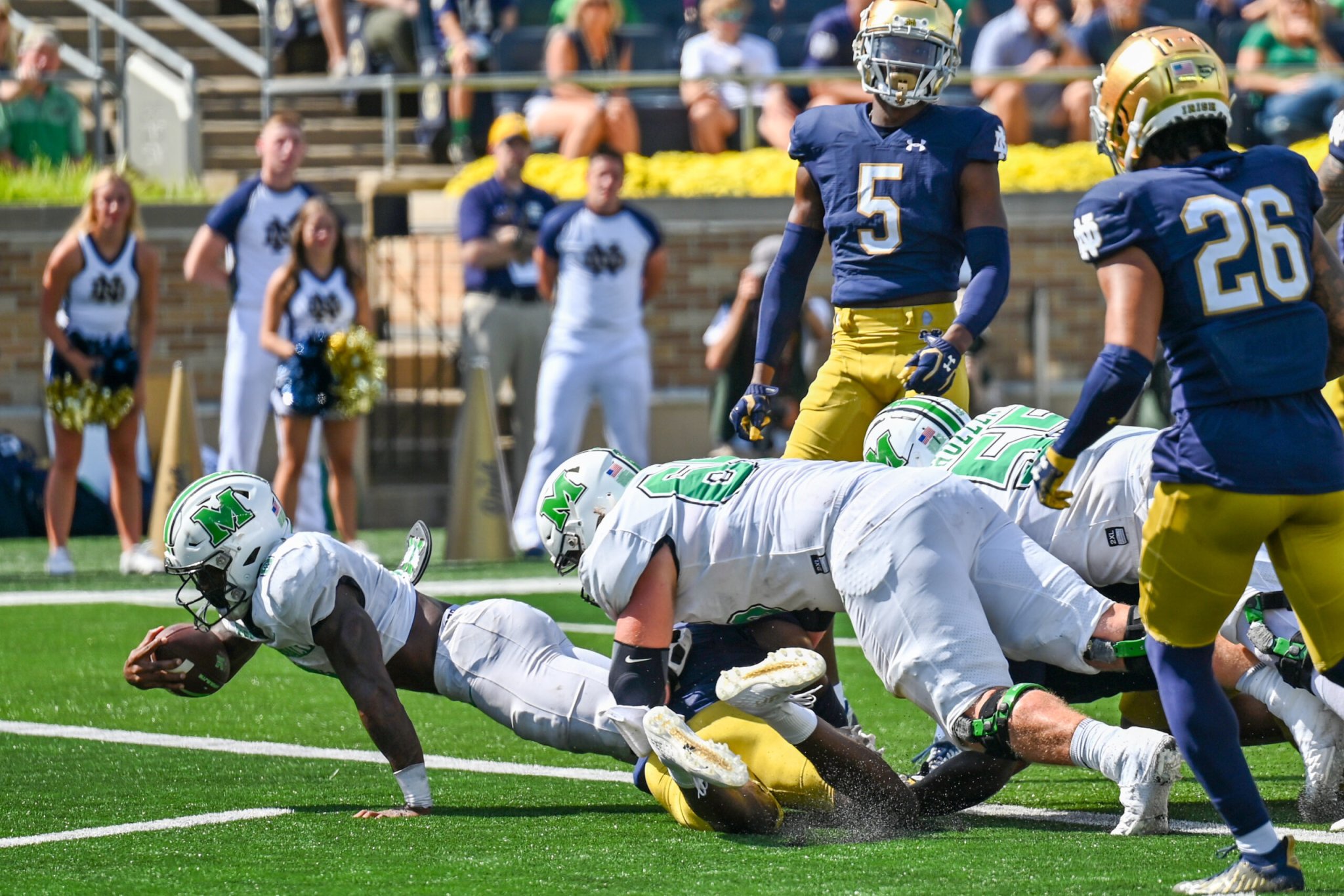 Marshall hopes to break a three-game bowl losing streak Monday when the Thundering faces Connecticut in the Myrtle Beach Bowl.

The contest at Coastal Carolina University’s Brooks Stadium starts at 2:30 p.m. and will be shown on ESPN.

The Thundering Herd (8-4) is 12-6 all-time in bowls, but has lost its last three, including a 36-21 setback to Louisiana in the 2021 New Orleans Bowl. Marshall’s most recent bowl triumph came in December 2018 when the Herd beat South Florida in the Gasparilla Bowl.

Marshall hopes to continue momentum that was created with an undefeated record in November capped off with a 28-23 come-from-behind victory over Georgia State in the regular season finale.

The Huskies (6-6) ended the season with a 34-17 loss to Army, but UConn had a solid final half of its schedule, winning four of five before that setback, including a 36-33 upset of then-No. 19 Liberty in mid-November.

The Herd and Huskies have met once previously in the 2015 St. Petersburg Bowl, which Marshall won, 16-10.

Here are three things to look for in the Myrtle Beach Bowl:

Establishing and sticking with the run

Will Marshall be as effective in the running game against Connecticut as it was throughout November?

The return of Rasheen Ali in a win over Georgia Southern has given the Herd a boost and opposing defensive coordinators sleepless nights. Ali and fellow back Khalan Laborn combined for 202 yards in the regular season-ending win over Georgia State.

Quarterback Cam Fancher is also causing problems for defenses with his running ability along with his improvement as a passer.

UConn’s rush defense has been leaky at times as the Huskies give up 166.3 yards per contest on the ground and have surrendered 23 rushing touchdowns.

The Huskies’ goal is to limit MU’s ground attack, which produces 205.6 yards on the ground to rank No. 20 nationally. In turn, that would add pressure on Fancher to get the job done through the air and Herd receivers Corey Gammage, Charles Montgomery and EJ Horton to win matchups against defensive backs.

Although UConn isn’t an option-only team like the service academies, the Huskies utilize a lot of it in their attack.

Freshman quarterback Zion Turner has shown an ability to trouble opposing defenses as a dual threat, and though Turner’s statistics don’t stand out, the threat of a big play is always present.

It will be up to Marshall’s stingy run defense to play assignment football and limit or eliminate gains on option plays. Marshall has the nation’s fifth stingiest rush defense, but did struggle with the option attack utilized by Coastal Carolina during a home loss in October.

The Herd showed improvement against the option three weeks later in a win at Georgia Southern.

Marshall will look for defensive leaders like Owen Porter, Koby Cumberlander, Stephen Gilmore and Micah Abraham to use their experience to maintain assignments and limit any damage the Huskies’ offense might impose.

Marshall has a quality 12-6 all-time record in bowls, but enters on the three-game skid in postseason contests.

Marshall head coach Charles Huff promises his team will be ready on Monday and considers a win crucial for future recruiting and the financial and physical development of his program.

In Huff’s bowl debut, the Herd struggled down the stretch of what became a 36-21 loss to Louisiana in the New Orleans Bowl. Marshall will try to get Huff his first victory in a bowl game and close the year with five consecutive victories after its unbeaten November.

Sports
ULM stuns Marshall in double overtime, 86-82
The Herd's five-game win streak came to an end in Huntington. Marshall squandered a late four-point lead in the first overtime.
By Greg Carey
Sports
George Washington bounces back from first loss with 68-36 win at Parkersburg
The Big Reds produced half of their offensive output in the first quarter, before the Patriots took control.
By Greg Carey
Sports
Brown likens transfer portal to bank account, but admits defensive losses were costly in 2022
West Virginia has lost several key players from its 2022 roster early in the offseason, though the Mountaineers have also announced the addition of players they're hoping can make an immediate impact.
By Greg Carey
WVU Sports
3 Guys Before The Game - Streak Snapped - Auburn Preview (Episode 437)
WVU snaps the streak and now prepares for Auburn.
By MetroNews Staff