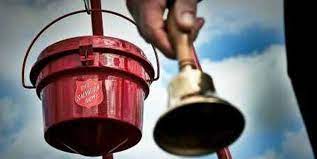 CHARLESTON, W.Va. — Donations are down for the Salvation Army’s Red Kettle campaign because not enough bell ringers are available to volunteer this holiday season.

“It’s been a struggle getting people to come ring bells even for pay this year,” said Major Joseph May with the Salvation Army in Central West Virginia.

May said people want to donate, but they haven’t had access to do that.

“The level of giving seems to be on par with what we’re used to seeing, but we can’t just put the kettle out there by itself without a person mining it,” he said.

May said he believes the workforce has changed since the start of the COVID pandemic.

“There’s people that just aren’t working. You go to a store and you see that there aren’t as many registers open as usual, so I don’t think it’s a Salvation Army thing. I think it’s a cultural thing right now that people just haven’t gotten back to work after COVID,” he said.

An approaching winter storm packed with high winds, ice, snow and below-freezing temperatures could impact their fundraising efforts, May said. The storm is expected to pass through West Virginia early Friday through Saturday.

May said when people give at Christmas, they actually help low income families all year round.