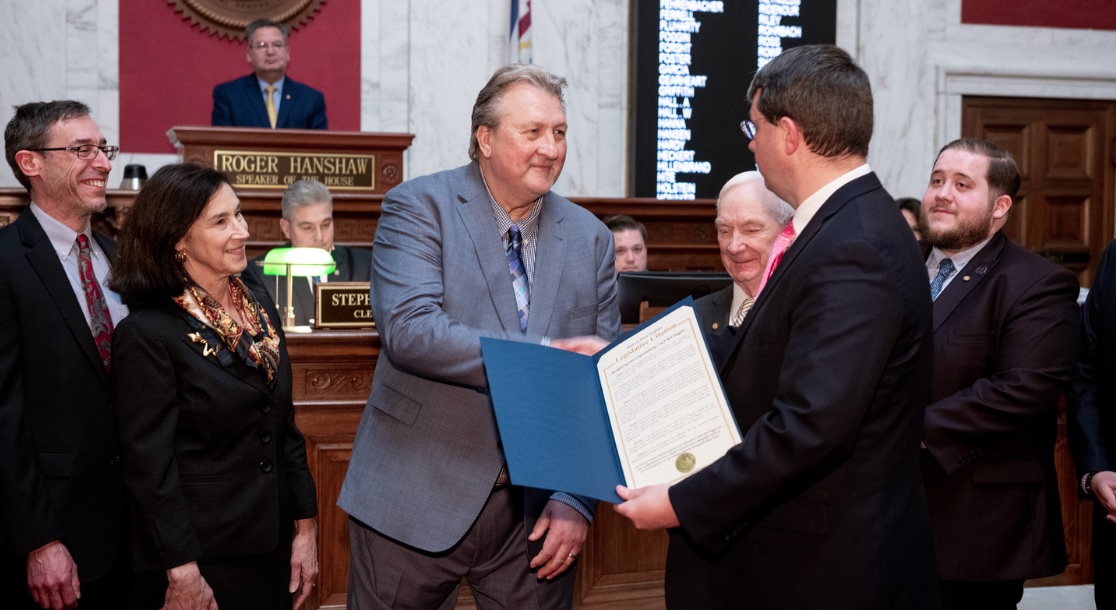 CHARLESTON, W.Va. — The state Senate and House of Delegates both honored WVU basketball Coach Bob Huggins on Tuesday, recognizing his being named to the Naismith Memorial Basketball Hall of Fame.

The Senate honored Huggins with the presentation of a resolution, SR 6. Huggins was on hand to receive a copy of the resolution.

On the Senate floor, Sen. Mike Oliverio, R-Monongalia, offered some words of praise for Huggins.

“Today we celebrate the coach and we honor the man,” Oliverio said. The resolution notes that Huggins has more than 925 wins – more than 325 at WVU.

And there’s more to Huggins than just basketball, Oliverio said. He’s mentored boys to men, created the Norma Mae Huggins Cancer Endowment at the WVU Cancer Institute in memory of his late mother, and remembered the state’s coal miners.

“In times of crisis he has been there to support those mners and their families,” Oliverio said, and help the miners’ children pursue education.

Huggins also shows compassion on the court, Oliverio said. He had the opportunity to see Huggins coaching at a Final Four in Indianapolis, when one of Huggins star players, Da’Sean Butler was injured. Huggins had the nickname Huggy Bear, and “This was a time when a hug was needed.” The whole nation got to see Huggins’ heart.

The House honored Huggins with a citation and read it on the House floor.