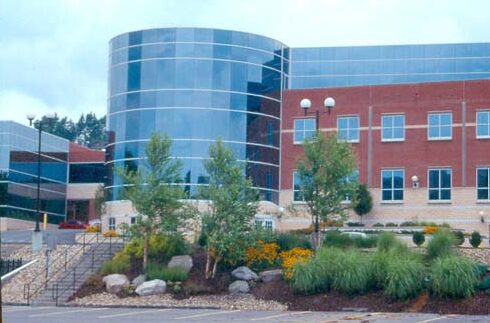 Mylan confirmed to WAJR Friday that about 15 percent of their Morgantown workforce will be laid off, which is more than 400 employees.

Today, Mylan announced layoffs affecting about 15% of our workforce in Morgantown, primarily in operations. Following the layoffs, we will remain one of the largest employers in West Virginia with approx. 3,000 employees.

We believe our plant in Morgantown is one of the largest pharmaceutical manufacturing facilities in the world. As the industry has changed and regulatory expectations have continued to evolve, we’ve realized that our Morgantown plant needed to be rightsized to be less complex. The right-sizing is consistent with discussions we are having with the U.S. Food and Drug Administration and is necessary in order to position the site as best we can for continued operations.

We remain committed to a U.S. manufacturing base and plan to continue making the majority of the medicines we supply to the U.S in the U.S.

For nearly 60 years, Mylan has been a proud corporate citizen in West Virginia, and we remain so today.

Mylan’s commitment to its employees and the community is to ensure that our company remains built to last and always positioned to serve patient needs as effectively as possible.

A meeting this morning was held off-site at the Morgantown Marriott.

MetroNews affiliate WAJR has reached out to both Mylan and United Steel Workers Local 8-957, who represents these employees.

Mylan confirmed that some employees will have recall rights. The company will offer a buy-out package to more senior members. The number of employees who could return will be contingent on how many employees voluntarily accept the buy-out package.

The layoffs will primarily occur in operations. A source tells WAJR that non-union employees will also meet with Mylan management beginning at 11 a.m. Friday morning.

“Quite frankly, a little outraged,” he said. “One, I think we need to have a little have a heads up. More, what was the rationale? What’s happening? When they reference the FDA, what do we need to do? What has to happen with that?”

“I just have a lot more questions about this. I’m going to be on the phones the rest of the afternoon, I’m sure, with our office in Washington to find out what’s happened.”

Monongalia County Commission President Tom Bloom said the Commission did not receive a WARN Notice, which is generally issued under the Worker Adjustment and Retraining Act to protect employees when lay-offs number great than 100.

McKinley chided the company’s statement as too vague.

“Just let us know what the problem is, and then we can talk with the FDA about what problems they’re having with it so we can find out what that is,” he said.

“It’s too generic right now when we talk about this. Is this just an FDA issue? Or they’re right sizing the company? I don’t understand what that means.”

There is an exception in the WARN Act for layoffs numbering between 50 and 499 employees, but comprising of less than 33 percent of the work force of the entire plant.

The local union has not yet returned a call for comment.

This is the third round of cuts to employees at Mylan since cuts were first announced in December 2016.

This is a developing story and will be updated throughout the day.