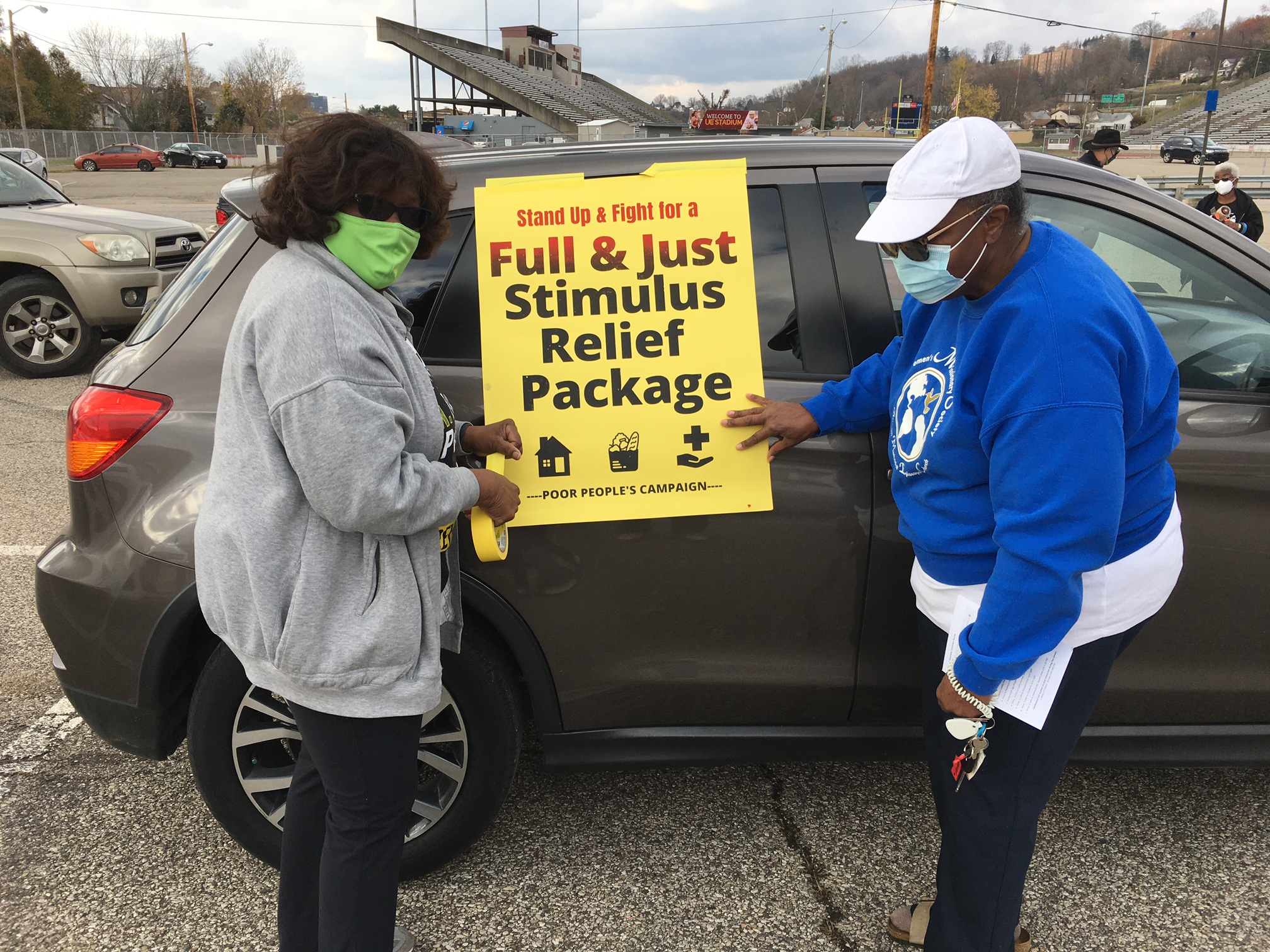 A car is lined with signs about COVID-19 on Monday in Charleston.

CHARLESTON, W.Va. — Dozens of West Virginians expressed condolences to the families of victims of COVID-19 and expressed concern for virus relief spending on Monday.

Protestors in cars drove from Laidley Field in Charleston to the state Capitol and circled the grounds as part of The Poor People’s Campaign: A National Call for Moral Revival happening nationwide in 23 states.

Cars in the caravan were painted with signs of the victims and statements for federal, state and local officials. The goal, per release, was to demand a smooth and open transition of power and lift up the moral policies needed immediately and in the first days of the new federal administration.

Pam Nixon, the co-chair of Poor People’s Campaign in Charleston told MetroNews that it’s a week of mourning all over the country before the Thanksgiving holiday. As of Monday, 667 West Virginians have died due to COVID-19.

“So many people in the United States and in West Virginia have died from COVID and we just want to remember them. So many homes are going to have empty seats at the table,” Nixon said.

Participants were able to join the event online with a mourning wall for COVID-19 victims and a petition demanding short and long-term action from the White House and Congress.

Nixon said many at the protest in Charleston have been pressing Gov. Jim Justice and state legislators to spend what remains of the CARES Act money given to the state. She said local businesses, those who have lost jobs and schools need the money to survive.

“This isn’t just an eight or nine-month thing. It’s more than likely going to continue next summer before we get a vaccine to everybody,” she said.

A release about the event said: “Ending the suffering of our families and communities is a moral mandate to all who are tasked with governance now and in the new year. Calls for cooperation cannot compromise with injustice.

“Our political leaders must reject a politics of austerity and meet their commitment to visionary policies that address human needs and cultivate human capacities. They must overcome the divisions caused by hunger, poverty and racism in the richest country in the world. America must direct its resources and creativity towards the poor and most marginalized rather than lobbyists, insurance companies, financial institutions, pharmaceutical companies, and wealthy corporations.”