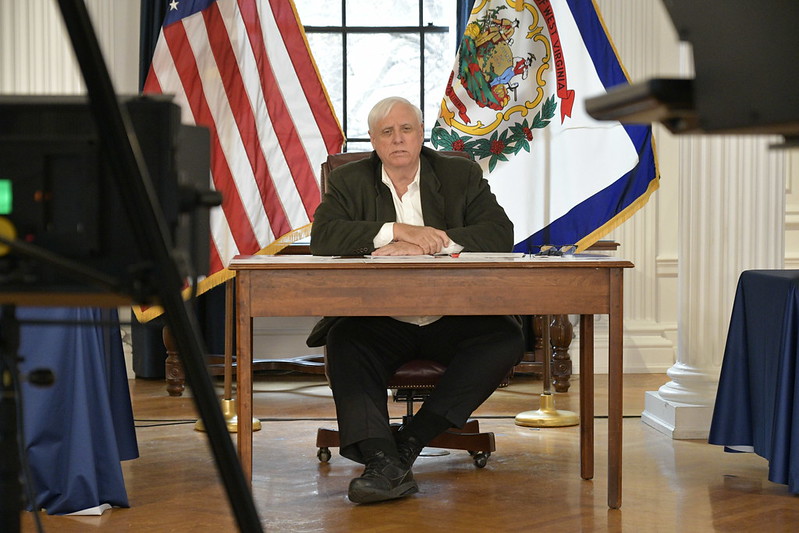 Gov. Jim Justice has allocated the money, much of it to cover unemployment claims, but the bulk still appears banked rather than spent.

Justice on Friday made reference to watching invoices and monitoring expenses, so it’s likely the bills are still in process for some of West Virginia’s spending. West Virginia would need to spend $34 million a day over the next 24 days to come in on deadline.

Asked earlier in the week if he is concerned whether money that is allocated but not spent could be clawed back by the federal government, the governor said not to worry.

“All my experts believe we are on rock solid ground. The money is not going to be clawed back,” Justice said.

MetroNews reached out to the U.S. Department of Treasury last week to seek clarification. A spokeswoman responded, the Coronavirus Relief Fund money must be spent no later than December 30, but there is a period for paying bills after December 30.

Performance or delivery generally must take place prior to December 30 for that to count, although Treasury allows for reasonable delays beyond December 30 as long as the contract was intended to be concluded prior to that date.

That’s a summary of the guidance that Treasury has in place for states like West Virginia. With all the money West Virginia still has at the state Board of Investments, that would be a lot of last-second spending.

Alabama is in a similar position as West Virginia, with $800 million to spend before the deadline. That state is also expressing confidence the money will be spent on time, though.

The National Governors Association is aware of the approaching deadline but also is hopeful for a new covid relief deal in Congress to support states.

“You are correct in that the deadline for recipients (including states) to spend Coronavirus Relief Funds is Dec. 30. We have advocated for more flexibility in how states may use the funds,” stated James Nash, spokesman for NGA.

“However our main priority is new unrestricted federal aid to states that recognizes significant and ongoing expenses (such as emergency response, hybrid learning models, Medicaid) and revenue losses related to the pandemic economic downturn With Congress debating such a relief bill now, we feel there’s a good opportunity to pass aid that allows states to continue serving Americans during what’s expected to be a challenging period ahead.”

Justice has outlined a series of allocations for West Virginia:

That leaves $60 million as a buffer.

On Friday, the governor updated the status of some of the “buckets.”

He said the money allocated to local governments will increase to $225 million to meet demand, and “truly as we continue to get these applications in if we need to go a little higher than $225 million to make sure we get everything taken care of, we’re going to go to whatever it takes from our cities and our counties.”

On “medical access highways,” which raised eyebrows among observers who wonder if roadwork costs would be considered necessary, Justice said the state is on target to come in exactly at $50 million. Officials are gathering invoices. “That’s going to balance out right on the money,” he said.

Broadband investment, which has bipartisan support, isn’t going to meet the $50 million target. Instead, the governor said the expenditure will be about $33 million. “We just couldn’t quite fit all this into a bucket and move it fast enough right now before that December 30th cutoff,” he said.

He also said covid testing is a major expense for the state, and leaders are watching invoices and monitoring what that’s costing.

Not long after that, Justice started receiving criticism about the pace of West Virginia’s actual spending of the money.

The criticism has continued until in October, Justice pushed back, “Anybody who’s out there saying that there’s money that’s just sitting there, unobligated is flat wrong. These dollars are pledged and they’re pledged in a way that’s as rock solid as can be.”

Justice added, “The other flip side of it is just this: what if we would have just come up with the most frivolous spending under the sun? What if we would have rerouted the Kanawha River? All the money would be gone right now. So we came up with something absolutely rock solid and I’m very proud.”

Also in October, about 30 West Virginia groups sent a letter asking the governor to prioritize the federal money for West Virginians facing hardships during the pandemic and economic downturn.

Kelly Allen, the executive director of the West Virginia Center on Budget & Policy think tank, said it’s not only concerning that West Virginia has so much federal relief money on hand — but that so much could be in the hands of state residents who desperately need the relief.

“New data out this week shows that hardship among West Virginia families is on the rise,” Allen said on Friday, referring to Census figures.

“Whether the governor is on solid legal ground is less important than the fact that this money could be doing so much good if allocated to those who are suffering right now. The longer we wait, the harder it will be to get this money to where it is most needed — helping individuals and families afford their basic necessities like food and rent.”

Justice on Friday agreed about the need for West Virginians in economic pain, but blamed Congress for bogging down a new relief package.

“Can you imagine someone sitting and saying  life isn’t worth living any more? Can you imagine not being able to pay a utility bill and being unemployed and needing benefits, not knowing where you’re going to go? Can you imagine sitting there with little kids and knowing just how nice it would be to be able to buy them presents for Christmas and you’re trying to hold back just enough money because if Congress doesn’t act, there you sit.”

Yet it’s past time for West Virginia to spend the relief money it already has, said Delegate Mick Bates, D-Raleigh, the lead Democrat on the House Finance Committee.

Bates has read the guidance from Treasury and believes it’s pretty clear: the money must be spent by Dec. 30.

“I haven’t seen any guidance from the Treasury that says if you put it in the bucket, it’s OK. It’s pretty damn clear from what I’ve read that you’ve got to spend it,” he said. “It’s a pretty significant gamble if you get it wrong.”

Bates has been frustrated for months by the lack of legislative oversight.

“We’ve just abdicated our responsibility to the king,” Bates said of legislative oversight. “I don’t know how you go into this next session and focus on anything else.”

West Virginia’s governor is providing assurances that the state is on rock solid ground. But Bates isn’t ready to buy that.