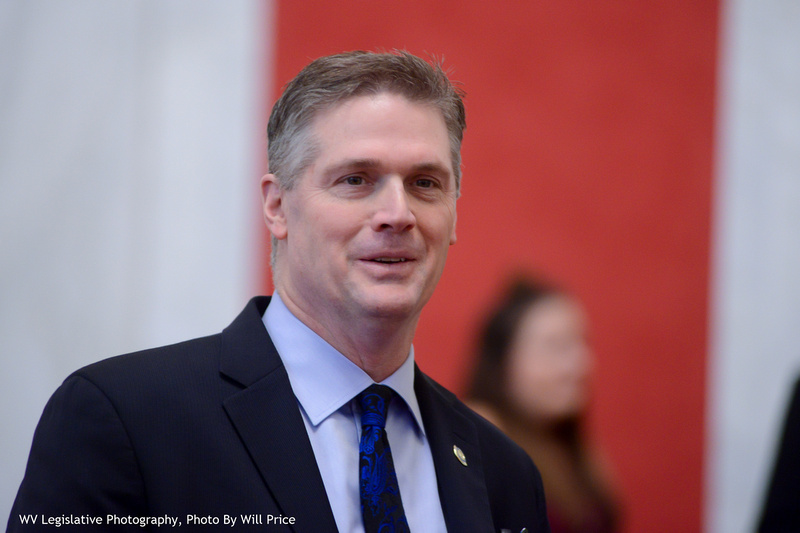 A West Virginia senator who traveled to the rally that turned into a riot in Washington, D.C., last week said he hopes to be summoned back.

“The rally was something that our president called for,” said Senator Mike Azinger, R-Wood. “I didn’t necessarily want to make that long trip and stay out in the cold. I didn’t necessarily want to put myself through that. I’d rather watch on TV, but there’s a time where we all have to make a little bit of sacrifice. Our president called us to D.C.”

Azinger concluded, “It was inspiring to be there and I hope he calls us back.”

Video has shown some members of the mob chanting “Hang Mike Pence.”

The FBI today issued a bulletin warning of armed protests at the U.S. Capitol and in all 50 states in upcoming days.

“The FBI received information about an identified armed group intending to travel to Washington, DC on 16 January,” the bulletin stated, according to ABC News. “They have warned that if Congress attempts to remove POTUS via the 25th Amendment, a huge uprising will occur.”

Claims that fraudulent voting resulted in an electoral victory for Democrat Joe Biden have been knocked down repeatedly. But Azinger on statewide radio today repeated the claim.

Azinger suggested a response can not wait until the next opportunity for citizens to vote.

Azinger first described his trip to the protest at the nation’s capital in a story in his hometown Parkersburg News & Sentinel under the headline “Azinger blames Antifa for invasion of U.S. Capitol by Trump supporters.”

The state senator in the newspaper and radio interviews said he did not go inside the U.S. Capitol, but in the Parkersburg account he indicated his group walked that way but were at the back of the crowd.

Azinger, 55, has been a state Senator since 2016, when he ran in a special election for a seat vacated by Bob Ashley. Azinger was re-elected in 2018 and is on the ballot again in 2022.

Azinger, who runs his family’s Parkersburg self-storage business, is the chairman of the Senate’s Banking and Insurance Committee.

In recent interviews, Azinger agreed that thousands of Trump supporters were at the protest — and even inside the Capitol — but he claimed the violence was not committed by Trump supporters. Instead, Azinger pointed at adherents of antifa, which is a decentralized movement of militant opposition to fascism.

The FBI has said there is no evidence of antifa involvement in the U.S. Capitol protests.

“We have no indication of that at this time,” Washington Field Office assistant director Steven D’Antuono said during a Friday briefing when asked about any potential involvement of antifa.

Azinger claimed those who rioted in the Capitol were with the loosely-connected left-wing network though.

“The people that are responsible for that were Antifa, and there’s evidence of that,” he told the Parkersburg newspaper, describing to videos that have been circulated online. “Trump people don’t destroy property. That’s not what we do. … They’ve been burning cities for months now.”

Such claims were disputed by, among others, Fox News opinion host “Judge” Jeanine Pirro: “And stop looking for other people to blame, including those dirtbag terrorists antifa.”

Azinger also today repeated claims that the election was stolen from President Trump.

Trump and his allies have lost dozens of court cases challenging the election around the country, including at the U.S. Supreme Court. Former U.S. Attorney General William Barr, a longtime Trump ally, said early last month that there was not “fraud on a scale that could have affected a different outcome in the election.”

Georgia, one of the state’s disputed by the Trump campaign, counted its votes three times, including in an audit required by state law and a recount requested by the president. Georgia election official Gabriel Sterling warned in early December that the claims of voter fraud would lead to catastrophe.

Before the crowd overtook the Capitol on Jan. 6, U.S. Senate Majority Leader Mitch McConnell said the effort to overturn election results should not continue.

“The framers built the Senate to stop short-term passions from boiling over and melting the foundations of our Republic. I believe protecting our constitutional order requires respecting limits on our own power,” said McConnell, R-Ky.

“It would be unfair and wrong to disenfranchise American voters and overrule the courts and the states on this thin basis. And I will not pretend such a vote would be a harmless protest gesture while relying on others to do the right thing.”

On “Talkline,” Azinger said the mission of the Jan. 6 rally was to pressure Congress to consider the president’s election claims.

“I think the president laid out the point, the mission: It was to pressure the Republican congressmen to challenge the electoral votes,” Azinger said. “That was the point of the trip to the Capitol. The sight at the Capitol was so awe-inspiring and patriotic and peaceful that it would almost bring you to tears.”

He continued, “These Marxists and leftists are trying to make it look like it was something we should be put in jail for.”

Senate Democrats released a statement refuting many of Azinger’s claims. Those senators said Azinger had every right to express his political views in Washington, D.C. “Rather, what concerns us is his gross mischaracterization of the events,” they wrote.

“We believe it is time for reasonable elected officials from both parties to join together to speak out against violence and for peace, the Senate Democrats wrote.

“We call on all of our Senate colleagues, including Senator Azinger, to condemn the violence, to stop flaming the fires of division, to speak with truth, and to support our nation’s cherished tradition of the peaceful transfer of power.”