The compost just delivered in the Huntington facility. - Marshall University 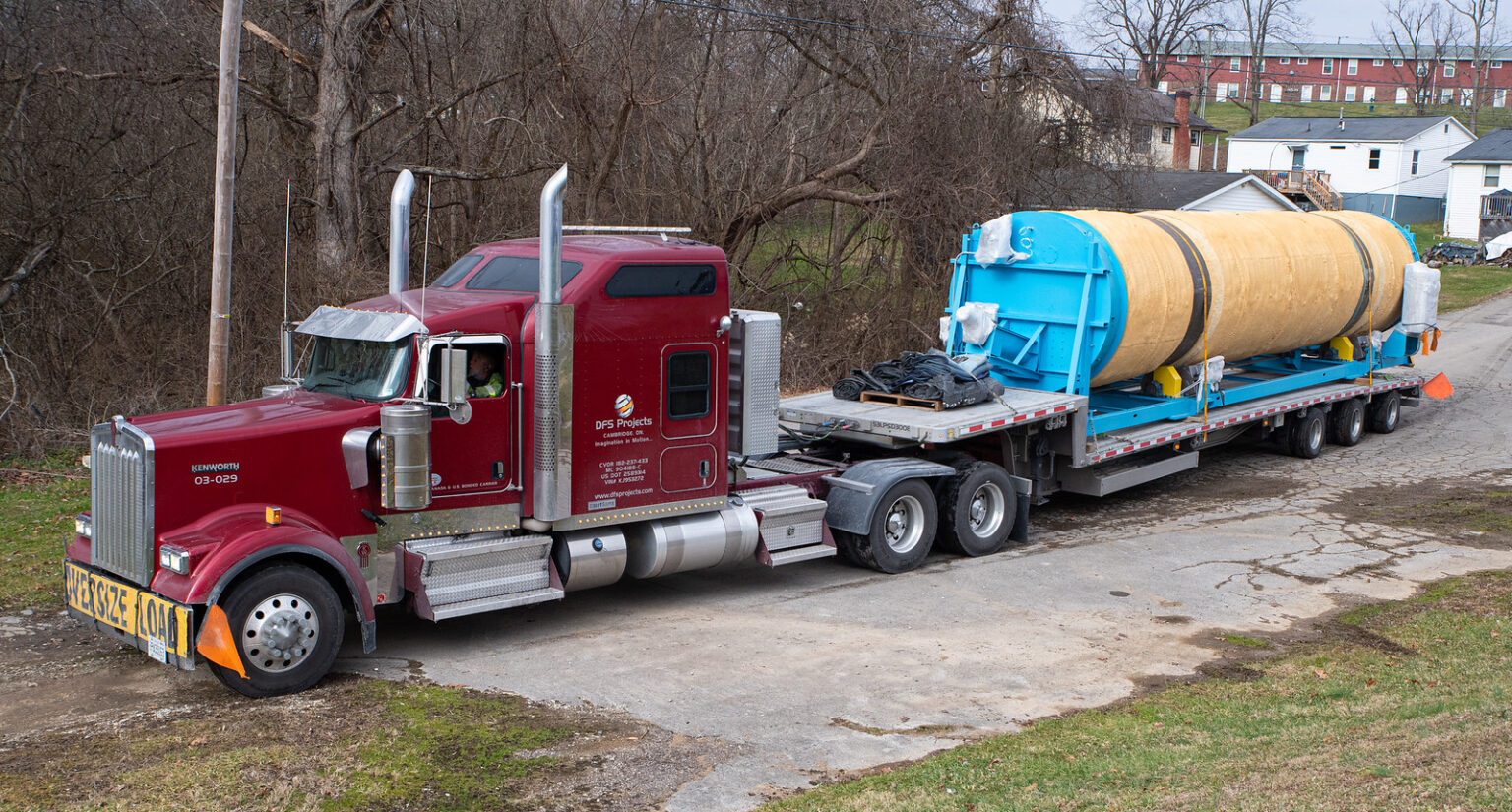 HUNTINGTON, W.Va. — Marshall University is nearing the opening of the first commercial composting facility in West Virginia following the arrival of a large digester Tuesday.

The composting facility located at Marshall’s University Heights location was designed and operated by the university’s Sustainability Department and will be the second-largest university compost facility in the eastern United States.

According to a release, the facility has the capacity to compost eight tons of organic waste per day.

“This will greatly reduce our waste haul to the landfills as well as open up community engagement, allow us to use the compost back on campus as well as sell it to the public,” Amy Parsons-White, the Sustainability Manager at Marshall University told MetroNews.

Parsons-White, who has worked on this project for two years, added that organic waste consists of food waste, lawn waste, white office paper and cardboard. In addition, the university’s carbon footprint will be lowered by reducing waste haul to landfills and thousands of dollars will be saved each year in waste haul fees, a release said.

She said the facility will also bring jobs to the area by hiring to run the compost and using it as an off-campus laboratory for the new specialty agriculture program that is housed in the College of Science. Parsons-White said in the long run, Marshall wants to set up an apprenticeship program and job training for people in the community.

Community engagement is another goal for the Herd with this facility that includes providing compost to local urban gardens in the area of the Fairfield neighborhood.

“I credit Amy Parsons-White for her leadership and vision in putting Marshall at the forefront of sustainability in West Virginia. As someone who has composted organic material on a daily basis for over 20 years, I can tell you that I am very excited about our new composting effort and proud of our new facility. This will be a game-changer for Marshall and the Huntington community.”

Finished compost, branded as Herd Dirt, will be available for sale to the public as early as April. The composting facility is located at 1010 Norway Ave. in Huntington.