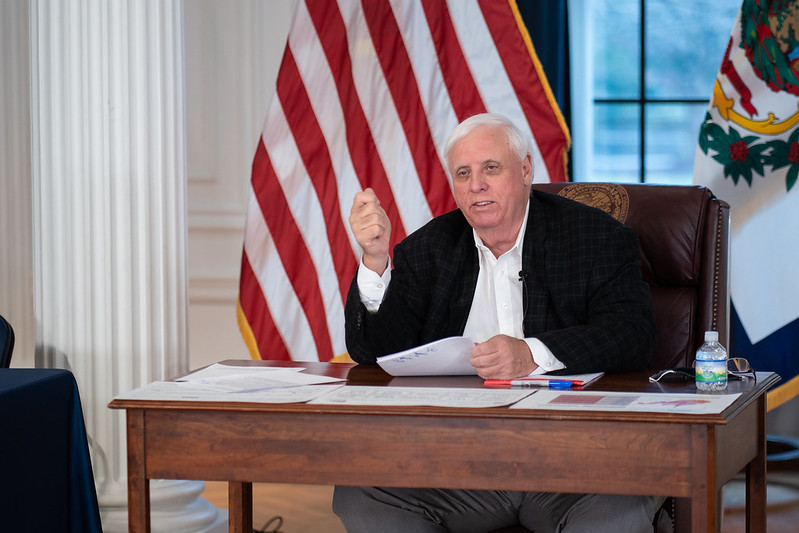 West Virginia officials are pleased by the rollout of an online vaccination pre-registration system and proud of a 106 percent success rate in administering the vaccine supply available to residents.

“If you’re doing 106.4 percent of what you’ve got you’re doing pretty dadgum good,” Gov. Jim Justice said today. “We’re getting more squeals out of the pig than you can imagine.”

West Virginia has been able to achieve that rate by getting more doses out of each available vial.

“We’re getting more doses out of the vials than what they really anticipated,” Justice said.

The only hangup is making sure special syringes are available for the additional doses. West Virginia added a sixth syringe into ancillary kit packs, said James Hoyer, the chief of West Virginia’s multi-agency coronavirus task force,

“It is not every single vial that you get the extra dose, but we are getting enough it’s making a significant impact,” Hoyer said.

Health officials determined in December that six doses could be achieved from Pfizer vials. Originally, those vials were thought to include enough for five doses.

On Jan. 6, Pfizer persuaded the U.S. Food and Drug Administration to change the messaging on its fact sheets to state that each vial contains six doses. The upshot is, Pfizer can fulfill its agreement to provide the nation with 200 million vaccine doses by the end of July with less product.

State officials say West Virginia needs and could administer more vaccines. But it’s unclear when that rate will increase.

Over the past few weeks, state officials have said West Virginia has the capacity to administer about 125,000 doses a week.

But the state has received about 25,000 doses the past few weeks because the national supply has plateaued.

The new director of the U.S. Centers for Disease Control and Prevention on Sunday said the federal government does not know how much coronavirus vaccine the nation has.

West Virginia has continued vaccination eligibility for residents 65 and older, while acknowledging there is not enough supply to meet demand.

Justice said today that he would be talking with the new U.S. coronavirus response coordinator, Jeff Zients.

“I’m in contact with ‘em nonstop. I’m screaming my head off,” Justice said.

State officials were pleased with the debut of an online system to help people pre-register for vaccinations. The system run through a national company called Everbridge was announced last week and debuted at 8 a.m. today.

“To roll this out in a week is quite an experience,” said state Department of Health and Human Resources Secretary Bill Crouch.

By the time of a midday briefing, Crouch said 40,000 people had already been able to successfully use the system.

The hope is to ease the many reports of eligible residents unable to get through on clogged telephone lines.

“I hate that like crazy you’re calling over and over and can’t get through,” Justice said.

“Pour it on West Virginia. Keep doing it,” he said.