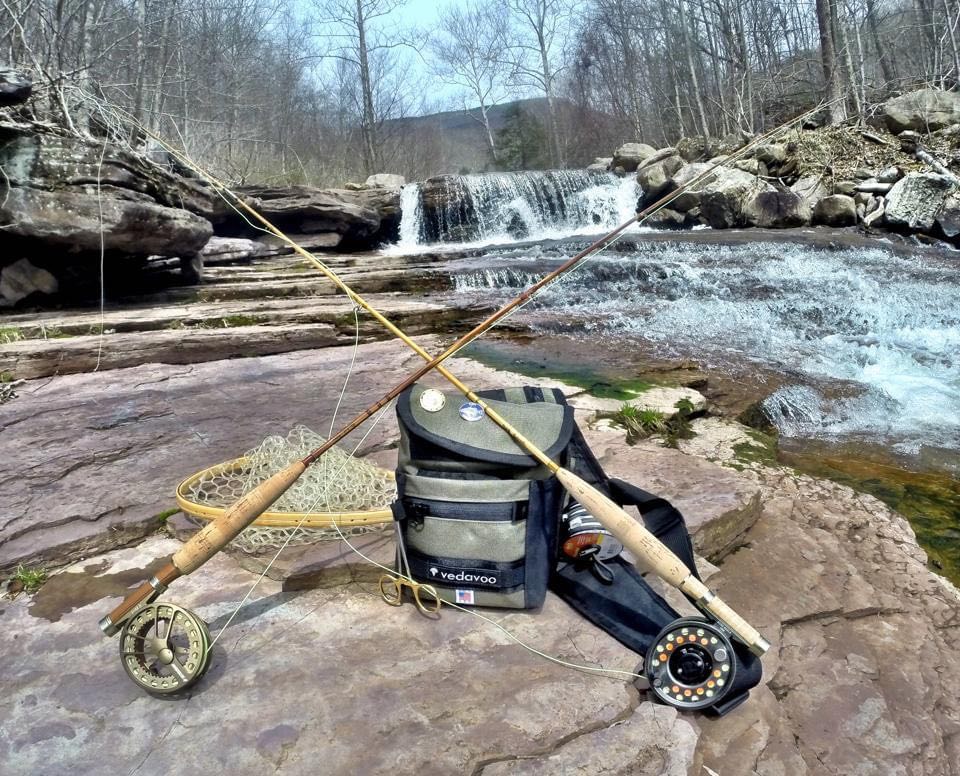 WVAngler.com was born of a shared passion for fly fishing, but has become the go-to site for most fishing in West Virginia.

READER, W.Va. — Zach Pittman laughs he was a little more interested in fly fishing than organic chemistry when he was a student at Fairmont State University. He’s joking…partially. However in between those chemistry classes and fishing trips on the Elk River, he made a lasting contribution to West Virginia fishing he didn’t even realize.

The year 2021 marks the 20th anniversary of the website WVAngler.com. A lot has changed since Zach and a few friends put together an online discussion group to talk about fly fishing in West Virginia.

“Most of it was guys I met on the river. You’d fish all day and at the end of the day, you’d be hanging out at tailgates talking. A few of us thought it would be cool to continue that discussion online. More people got involved and it kind of grew that way,” Pittman explained in a recent appearance on West Virginia Outdoors.

2001 was well before social media had hit its stride. During those days, message boards were the rage in on-line communication and for Pittman that’s how it started. Like most forums, it took some discipline and strict rules to keep it from devolving into chaos.

“We did away with talking politics and filthy language. We made it clear nobody was going to berate other people. We didn’t allow any posts about politics. We kept it directly about fishing and kept it positive,” he said.

Zach and several net savvy buddies were able to keep the grown herd behaved and the online family grew from just a few to dozens, and eventually hundreds. As time and technology evolved they migrated over to Facebook where more and more shares grew the on-line fishing family to more than 5,300.

Listen to “Zach Pittman of WVAngler.com on W.Va. Outdoors” on Spreaker.

“It pretty much grew organically by word of mouth and even meeting people and inviting them to the site when you’d meet on the stream. More and more people got involved,” he explained.

Although largely dedicated to fly fishing, Pittman said they never exclude those who fish with baitcasters or spinning gear. He said they were also careful not to narrow their group to being species specific.

“We’re not really trout oriented, we have a lot of guys who fish for bass or muskie and that’s important because that’s West Virginia. There’s a lot of great fishing for a lot of species in the state and we really want to promote fishing in the whole state,” Zach noted.

The website, message board, and eventually social media site allowed many to make connections and share knowledge of different waters, different techniques, and introduced many to fly fishing. All of it was positive and exactly what Pittman and the original creators wanted.

“The lifelong connections people have made with somebody they didn’t even know and now they have a fishing friend for life. It’s amazing the connections we’ve been able to create and to get information out and get people started in the sport.”

Those connections made for great fishing conversation, but Pittman said another unexpected benefit was conservation and strength in numbers. At one time there was very little public discussion or sharing of information about native brook trout streams. However, the discussions have evolved with conservation in mind.

The online group has used its size and influence on several conservation issues to protect a number of streams in West Virginia when issues have arisen over the years.

As for the future, Pittman thinks the sky is the limit for his site. Who knows how much more on-line conversations will be modified by technology and changing habits downthe road. Regardless, Pittman and his fishing buddies expect to be there, continuing the conversation about tight lines and clean water.

Outdoors
A "lame" elk is holding her own on the Tomblin WMA
DNR biologists say a cow elk with a limp, reluctantly transported from Land Between the Lakes to West Virginia, has made her mark expanding the West Virginia elk herd
By Chris Lawrence
Outdoors
One member pushes back on plan to remake the Natural Resources Commission
Commissioner Pete Cuffaro claims Director's plan is a retaliation for last year's narrow vote on buck limit
By Chris Lawrence
Outdoors
Dog training bill and compromises on coyote hunting on DNR's legislative radar
DNR's legislative agenda tackles dog training issues during the turkey season, a compromise over coyote hunting at night in the fall, and the Directors push to change the representation on the Natural Resources Commission
By Chris Lawrence
Outdoors
Two new trails open on Hatfield-McCoy Trail System
The Ivy Branch and Cabwaylingo Trails will push the Hatfield McCoy Trail system to more than 900 miles, the largest regulated off-road trail system in the world.
By Chris Lawrence
View AllHoppy's Commentary