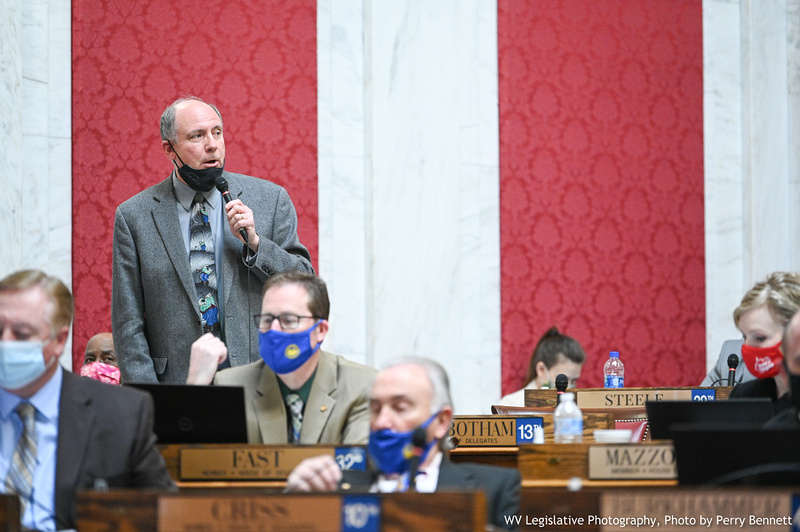 “I would urge that we pass this bill and get this moving,” House Education Chairman Joe Ellington, R-Mercer, said just prior to a 66-32 passage vote.

House Bill 2012 now goes to the state Senate, where the Republican majority has enthusiastically embraced “school choice” measures the past several years.

By comparison, this bill flew toward House passage at the very beginning of the regular session.

The bill would increase the number that could be approved in a three-year period from three to 10. And it would lay the groundwork for charter schools that would operate virtually.

Because Republicans have supermajorities in both chambers of the Legislature, they can push the bill through quickly since they have made it a priority.

With the exception of Ellington, who led discussion and answered questions, Republican delegates made almost no speeches in favor of the bill’s passage today. They just quietly voted in favor of it when the time came.

Democrats, on the other hand, rolled out a litany of questions and concerns about the bill, including its fiscal effects on state and local government, what transportation and food would be available for students, whether the virtual option would be attainable for students with limited internet access and what would happen if concerns are raised about the way a school is operating.

Right before consideration of the bill, the National Association of Charter School Authorizers issued a statement questioning West Virginia’s provisions.

“Pair that with a lack of strong governance measures, including the inability to close schools with severe financial mismanagement or requiring enrollment caps tied to academic performance for virtual schools, this bill will upend the promise of public charter schools in West Virginia.”

West Virginia's House of Delegates is currently debating a bill that could turn its only two-year-old #charterschool law into one of the worst in the nation. @NCSECS @charteralliance https://t.co/WzHvqhKqzo

Delegate Sean Hornbuckle, D-Cabell, warned Republicans that they might regret their haste.

“I’m going to caution you not to be the dog that caught the car,” said Hornbuckle, the lead Democrat on the House Education Committee.

“Not taking the time to enhance the bill, making it the best product for all. I encourage you to slow down. Be a part of that radical middle. That’s where America’s at.”

No charter school has yet been approved in West Virginia. An application was submitted in Monongalia and Preston counties but rejected last fall.

Delegate Cody Thompson, D-Randolph, asked what’s the rush if the concept has yet to take off at all.

“We’re going to increase the amount of charter schools allowed in this state to 10. We currently have 0 with one applicant,” Thompson said. “It makes no sense.”

“How many little Johnnies and Sallies around West Virginia are we going to leave out of this system?” she asked.

Democrats also focused on fiscal questions. Delegate Larry Rowe, D-Kanawha, asked why the bill was moving so quickly without a fiscal note to examine its impacts. And Rowe asked how a funding formula would affect local school systems.

Ellington, in his closing remarks, responded to some of the criticisms. On infrastructure, for example, he said lawmakers have been working for years to improve broadband access — but acknowledged no perfect system is close at hand.

He also acknowledged that not every student would benefit from charter schools. But he endorsed them as an option for families who believe their young students could benefit.

“I guess everyone who wants to go should be able to apply to try to go,” Ellington said.