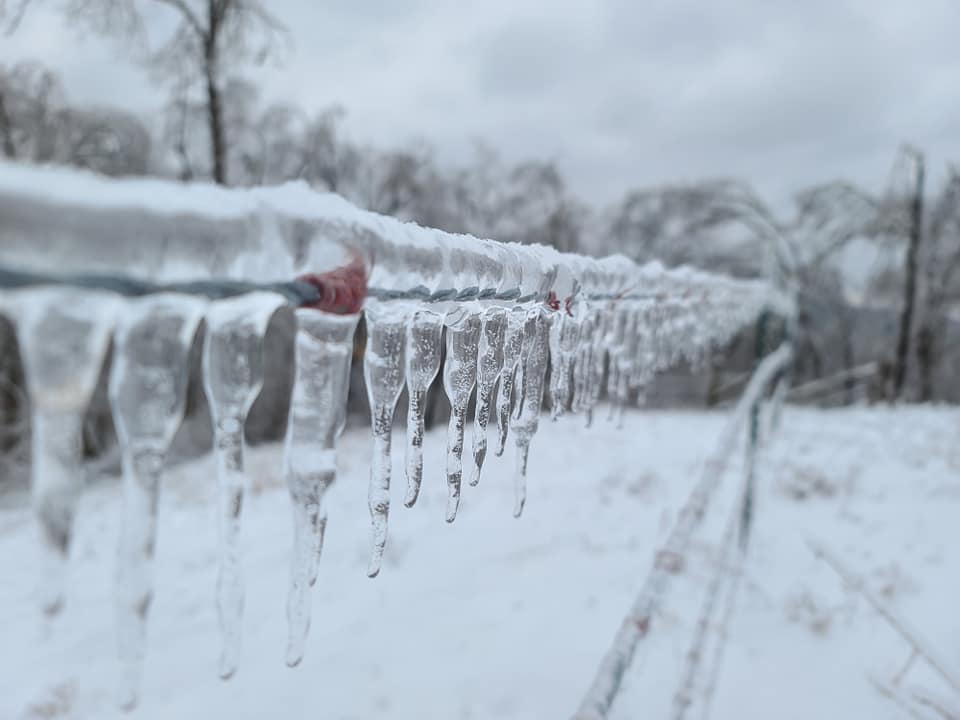 Very little in a six county region is not encased in ice, which is pretty to the eye, but catastrophic at the same time

CHARLESTON, W.Va. — Line crews continued the difficult task of replacing broken poles, downed lines, and in many cases even damaged power substations across a six county area of West Virginia.

Outages remained in the tens of thousands across Appalachian Power’s service territory in West Virginia, but the majority of those were in Cabell and Wayne Counties.

“We were able to get some helicopters up to do some survey from the air with our transmission system and it gave us a much better picture of damage and it’s extensive in some places,” said Phil Moye, spokesman for the company.

Crews on Wednesday and Thursday were forced to deal with yet a third storm, this one packing extremely cold temperatures and moderate to heavy snow. The conditions made the work more miserable, but Moye said fortunately the snow was lighter and drier than anticipated and didn’t create too many additional outages. Although the numbers remained up above 60 thousand, there was progress to report.

“We had 50 distribution circuits out to begin with and now we’re down to 17. We had a dozen substations out and right now, it’s just four. So we’re making good progress in those critical steps,” he explained.

The progress is good news, but Moye and all power company officials were well aware progress means nothing to those who’ve not had power for eight days and counting. Some are frustratingly close to neighbors who have had power restored. Those original outages, which are fewer than 10,000, are a priority.

“Many of those have been without power for about a week and we’re keenly aware of that. Where we can, we are prioritizing getting those folks back on,” Moye explained.