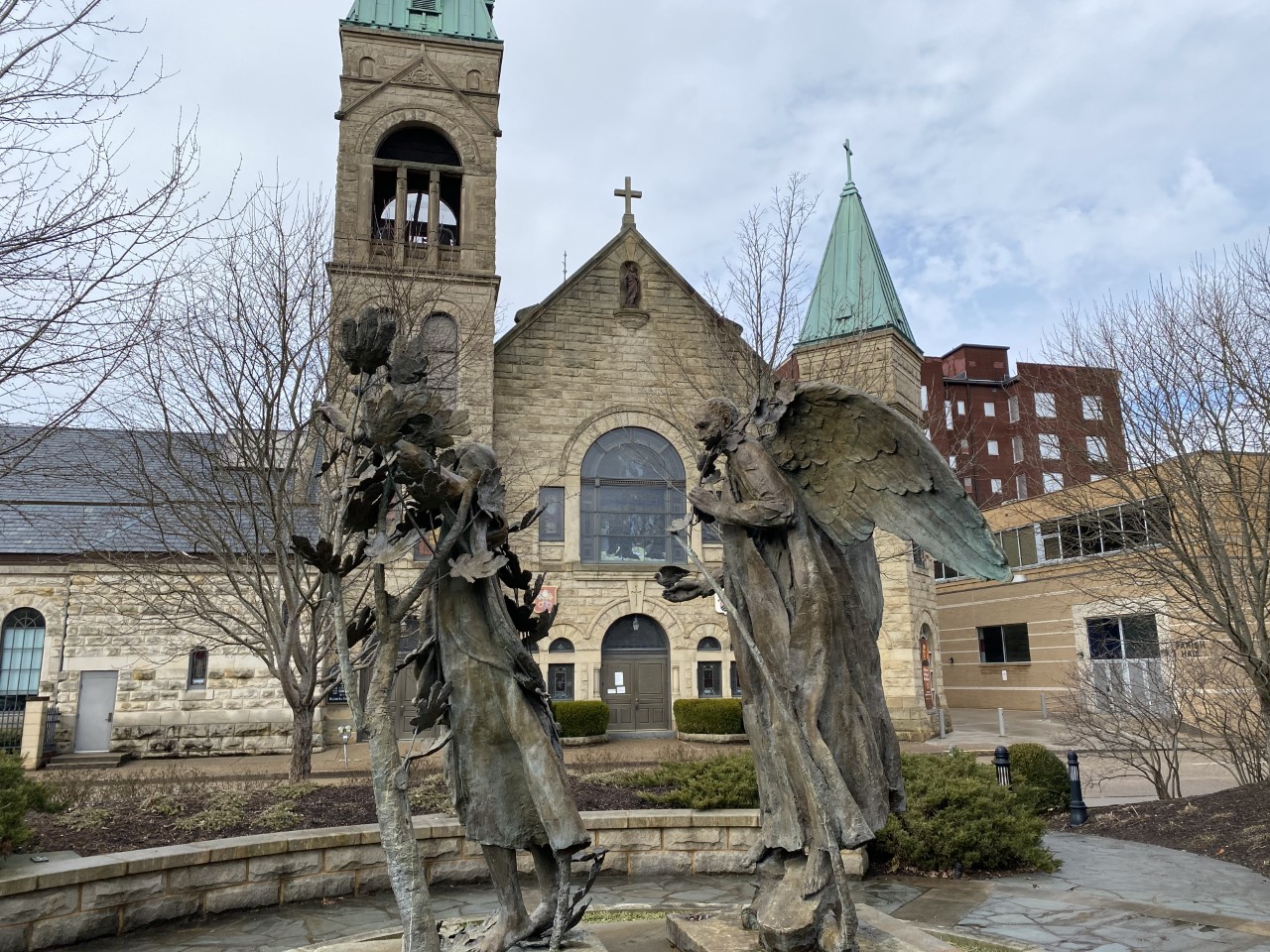 The Basilica of the Co-Cathedral of the Sacred Heart in Charleston. (Photo/MetroNews)

CHARLESTON, W.Va. — Gina Boggess, a parishioner at Sacred Heart Catholic Church in Princeton says her deep faith and respect for Diocese of Wheeling-Charleston Bishop Mark Brennan drew her to the Diocesan Pastoral Council of lay members.

Boggess is a member of Beckley Vicariate on the council which met for the first time Feb. 19 and 20 at the Saint John XXIII Pastoral Center in Charleston.

The council was reestablished by Brennan earlier in the month with hopes of increasing laity and communication in the diocese following the fallout from the scandals of former Bishop Michael Bransfield.

“We are one body and it will take all of us working together,” Boggess told MetroNews.

“It was nice to connect with Bishop (Mark) Brennan but also meet the other members of the diocesan parish council. It was a nicely-planned weekend, a good balance of spiritual elements and administrative elements.”

Joining the 18 lay members are the Diocesan Bishop, the Vicar General, the Chancellor of the Diocese, the Vicar for Clergy, the Chair of the Presbyteral Council, the Delegate for Consecrated Life, and several appointed members.

Boggess said the weekend began with a spiritual element in a Stations of the Cross service for Lent. She said the group also held a prayer service and mass.

She said the administrative elements included orientation-type meetings and getting to know everyone. The lay members learned about the history of the diocese, the geographical layout of it and statistics when it comes to parishes, members and priests.

The group established committees, which were first put forth in a charter for the council. There is an executive committee that will meet on a conference call one month in advance to set a proposed agenda for approval of the bishop.

Standing committees include Lay Life and Ministry, Pastoral Concerns and Justice and Peace. There are also may be Special or Ad Hoc Committees.

The council, which was first established in 1968 and saw a lengthy absence under the leadership of Bransfield, had goals laid out by Brennan on Feb. 4.

– To assist the Bishop, through consultation and cooperation, in developing pastoral priorities, initiatives, and plans to fulfill the mission of Jesus Christ within the Diocese in the light of its existing social, economic, demographic, and cultural circumstances and resources;

– To act as an authentic and reflective voice of the people of God;

– To provide an honest and open forum of dialogue and communication regarding pastoral affairs among the Bishop, laity, religious, and clergy;

– To collaborate with the Presbyteral Council, Parish and Vicariate Pastoral Councils, Vicariate leadership, and Diocesan offices in furthering the mission of the Diocesan Church;

– To be a visible sign of the unity of the people of God in the Church at Wheeling-Charleston. Beginning in 1968, the council served a vital role in the life of the diocese and the spiritual formation of the faithful.

“It’s good for the people to have a voice and be listened to. I feel like our number one goal as a pastoral council is to give guidance and assistance to Bishop Brennan,” Boggess told MetroNews.

There was pressure to reform the church structure after a church investigation examined multiple credible allegations of sexual harassment of adults, as well as millions of dollars of financial improprieties, against Bransfield.

The former bishop, who held the role from 2005 to 2018, apologized in August in a short letter but that did not suffice for lay leaders. Bransfield was supposed to make public apologies as part of a “plan of amends” established in November 2019.

Boggess said she believes Brennan is the right person to lead the diocese in this moment. She called him transparent and approachable.

“He’s repairing a lot of trust and healing in a lot of ways. The people are ready to move forward and do great things in our parish,” she said.

Boggess said if Brennan did not want to heal the diocese, he would have shied away from the idea of bringing back the council. The starting blocks for the council were put together in August 2019 when Brennan was installed.

“It was first put forth by the bishop as a way for him to hear what the people of the diocese are thinking, what their concerns are. He hears that by his representatives listening and bringing that to him,” Boggess said.

She said it is an honor to be part of his solution for a healing process. Each parish held an election and chose two laypersons to form, with those elected from other parishes, a Vicariate (regions) Council. The Vicariate Council then elected three persons from its membership to serve on the Diocesan Pastoral Council making each member an elected member from among the faithful.

The group’s next meeting will remain in Charleston in mid-May.