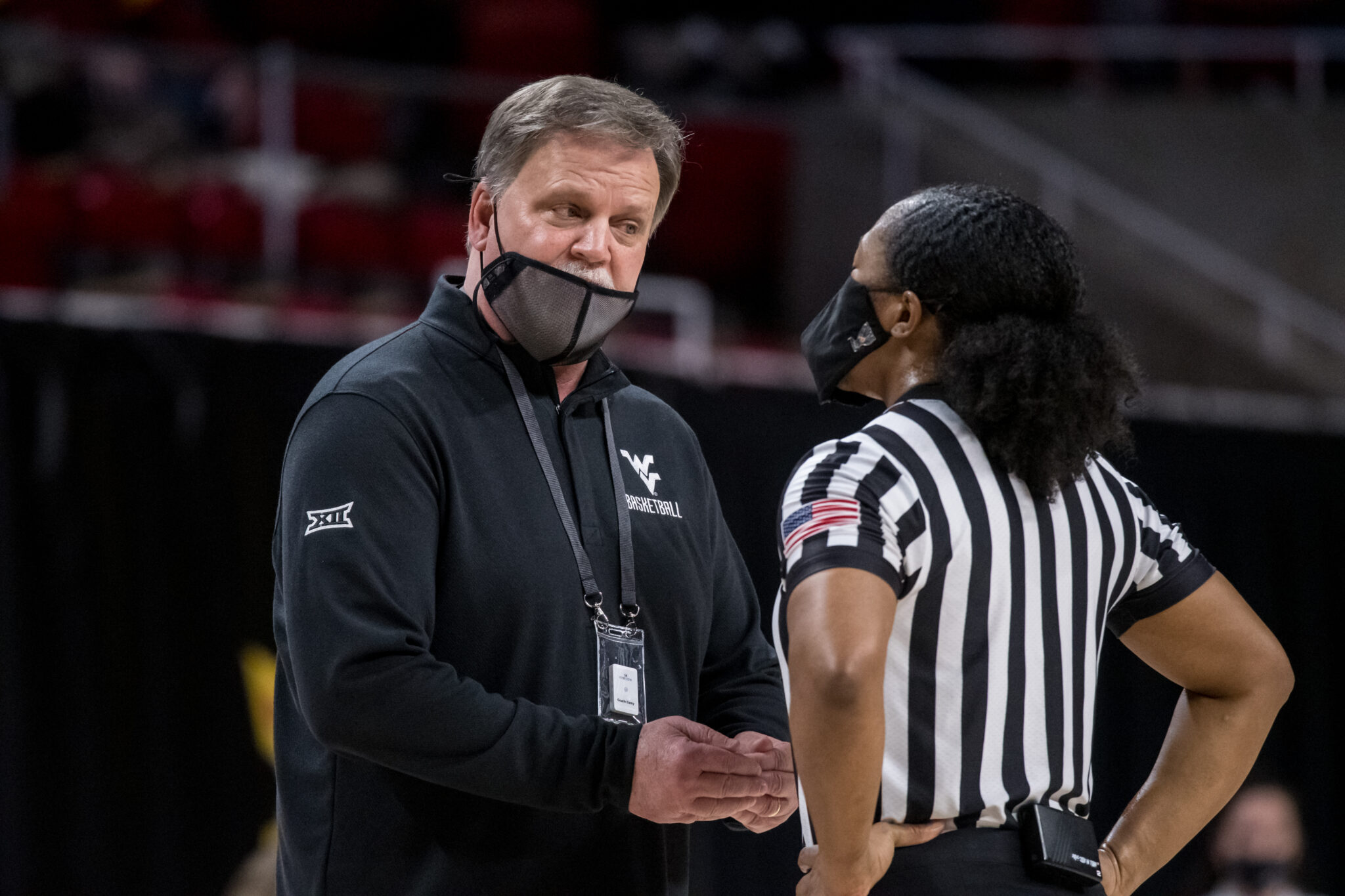 MORGANTOWN, W.Va. — Regardless of what happens over the next two weeks, the WVU women’s basketball team is bound for the NCAA Tournament for the first time since 2017. With an 18-4 record and a dozen wins in Big 12 play, Mike Carey’s club could very well climb into a No. 4 seed or even better in the field of 64 with a solid finish to the season.

West Virginia will play at Kansas State Wednesday night and then visit Big 12 regular season champion Baylor on Monday. The conference tournament will follow next weekend in Kansas City.

In the short term, Carey is trying to make sure his team can be at their best physically prior to the NCAA’s. The Mountaineers used just seven players in Saturday’s win at Kansas. Three players have left the program during the season and starting point guard Madisen Smith has missed the last two games with a groin injury. Carey says Smith will not play until the NCAA Tournament.

“We can go 1-1 the next two games or 0-2 and we will finish second or third in the Big 12,” Carey said. “Seeding-wise in the NCAA, it will affect that some. But we need to win. It is a big game on Wednesday. With that being said, I am not just going to practice them for two hours and work them hard because we have no legs right now. We have some illness and we have some injuries. We are looking ‘big picture’ to the Big 12 Tournament and the NCAA’s right now.”

The Mountaineers were included in the initial NCAA ‘Top 16 reveal’ earlier this month, but fell out of that list after losses to Oklahoma and Iowa State. WVU also fell two spots to No. 20 in this week’s AP poll.

“Those polls don’t win games. You have to go out and win games. That is not our focus, the polls. It is just frustrating once in a while to me.”

In the two games since Smith was injured, WVU’s other two starting guards, Kysre Gondrezick and KK Deans have played 158 of a possible 160 combined minutes. Carey tried to take the temperature of his team on Monday.

“You want them to have legs for the game on Wednesday. We might not execute as well but we still have to have energy and legs. As a coach, you have to make that decision.”

If WVU advances to the championship game of the Big 12 Tournament, they will still likely have a week to rest prior to the NCAA Tournament.

In games decided by six points or less this season, the Mountaineers are 5-2. Last year, they lost five games decided within that margin.

“Our mentality is different this year. This year we expect to win those games. Last year, I think some of them expected to lose those games.”

Sophomore forward Esmery Martinez has climbed into the top ten nationally in rebounds per game. Her 24-rebound performance Saturday at Kansas raised her average to twelve boards per game.

“She anticipates missed shots. Your great rebounders do that. They anticipate a shot and get to the other side.

“She is a great rebounder and she is going to get better. She has a bright future.”

The Mountaineers can sweep the regular season series from Kansas State (8-15, 3-13) Wednesday evening. WVU edged the Wildcats 65-56 last month at the Coliseum. Carey’s club ended the game on a 21-0 run after K-State ran a deliberate offense for most of the game.

“They have pretty much gone back to their regular offense. But there are times within a game that they will go back to that,” Carey said. “They could slow it down. They could go man-to-man, zone, triangle-and-two. They are doing a little bit of everything.”