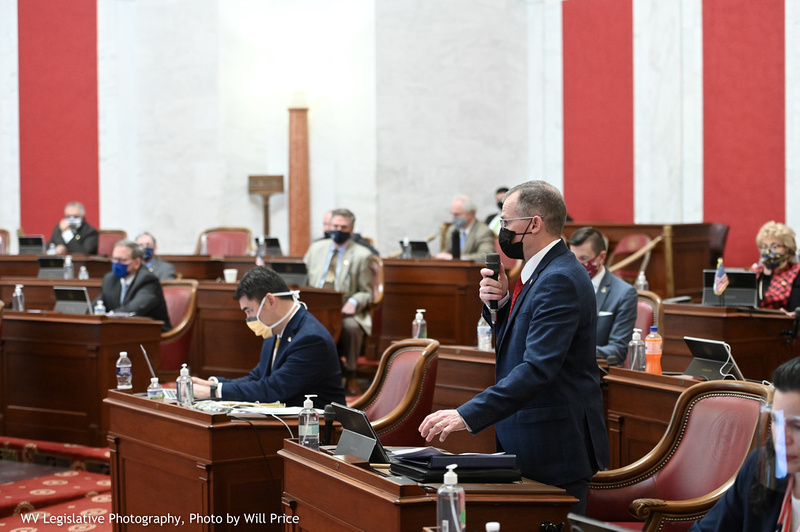 At the same time, citizens in some areas have expressed concern about needles that may be left behind during drug activity.

Senators passed the bill 22-11 after vigorous debate on Tuesday. It now goes to the House of Delegates.

“I hope the House will be a deliberative body and try to fix some of these onerous restrictive mechanisms in this bill,” said Senator Ron Stollings, D-Boone.

The bill would establish a licensing requirement for syringe exchange programs, require a majority of county commissioners to approve a program and require a one-to-one exchange of needles. It would also establish a license revocation process. It was debated about an hour on the Senate floor on Tuesday after two sessions of health committee examination.

Senate Health Chairman Mike Maroney, R-Marshall, expressed relief to conclude dealing with the bill, at least for now. As he spoke in support of passage, Maroney said the policies have been under discussion for a year or more.

“I’ll happy whether it dies or goes across that we won’t be talking about it any more. I’m glad we talked about it as much as we did,” Maroney said.

Some senators questioned whether the bill would be so restrictive that such harm reductions programs would be unable to comply and cease to exist.

“There’s a belief that no one can comply with these stringent obligations and that there will be no syringe exchanges in the state,” said Senator Mike Woelfel, D-Cabell.

“I’m asking you to tell the people of this state that this is not so overreaching and onerous that we would not have needle exchange in West Virginia.”

“I will say I share your concerns,” Maroney told fellow senators.

“The goal is to keep in place all the benefits of these programs and there are many – but at the same time decrease the negativity associated with these programs, which would be crime and litter. We’re trying to keep programs open that are running efficiently and properly.”

Senate Minority Leader Stephen Baldwin asked what resources county health departments would have to comply with the requirements.

Maroney acknowledged there are no additional funds for local health departments in the bill.

“So this is an unfunded mandate on county health departments that have been under funded for decades?” asked Baldwin, D-Greenbrier.

In the end, Maroney responded, there’s no requirement for a health department to have a syringe exchange program. So communities could just opt out.

“I can go out in the parking lot and start distributing needles. There’s nothing that says I can’t,” said Tarr, R-Putnam.

Speaking on MetroNews’ “Talkline,” Tarr said he has personally concluded that more harm than good comes from syringe exchange programs. He said he would like to end them in West Virginia, but doesn’t believe a majority of lawmakers would go that far.

“Going to outlawing is probably too big of a swing,” he said.

So, Tarr said he got behind the restrictions in the bill instead.

On the Senate floor, he proposed an amendment requiring the sheriff of a county establishing a needle exchange to provide a letter of support. He said that would provide greater participation by local law enforcement. The amendment was adopted, although even Maroney wondered if the provision would result in a single authority having a veto power.

Stollings offered an amendment that was essentially a replacement version of the bill, saying it would strike a better balance. He said it would provide money to deal with needle litter while also establishing a pilot program for data collection. The amendment was voted down, though.

Stollings said the legislative approach to the complicated issue should would have benefited from more thought.

“If we had studied this an important issue over the interim process we might have come up with something that balances public sentiment with public health policy,” he said.

Senator Ron Stollings speaks with @HoppyKercheval about his concerns about SB 334 on the amendment stage in the senate today. WATCH: https://t.co/wkudfIRZCB pic.twitter.com/EBGJ1BMJGd