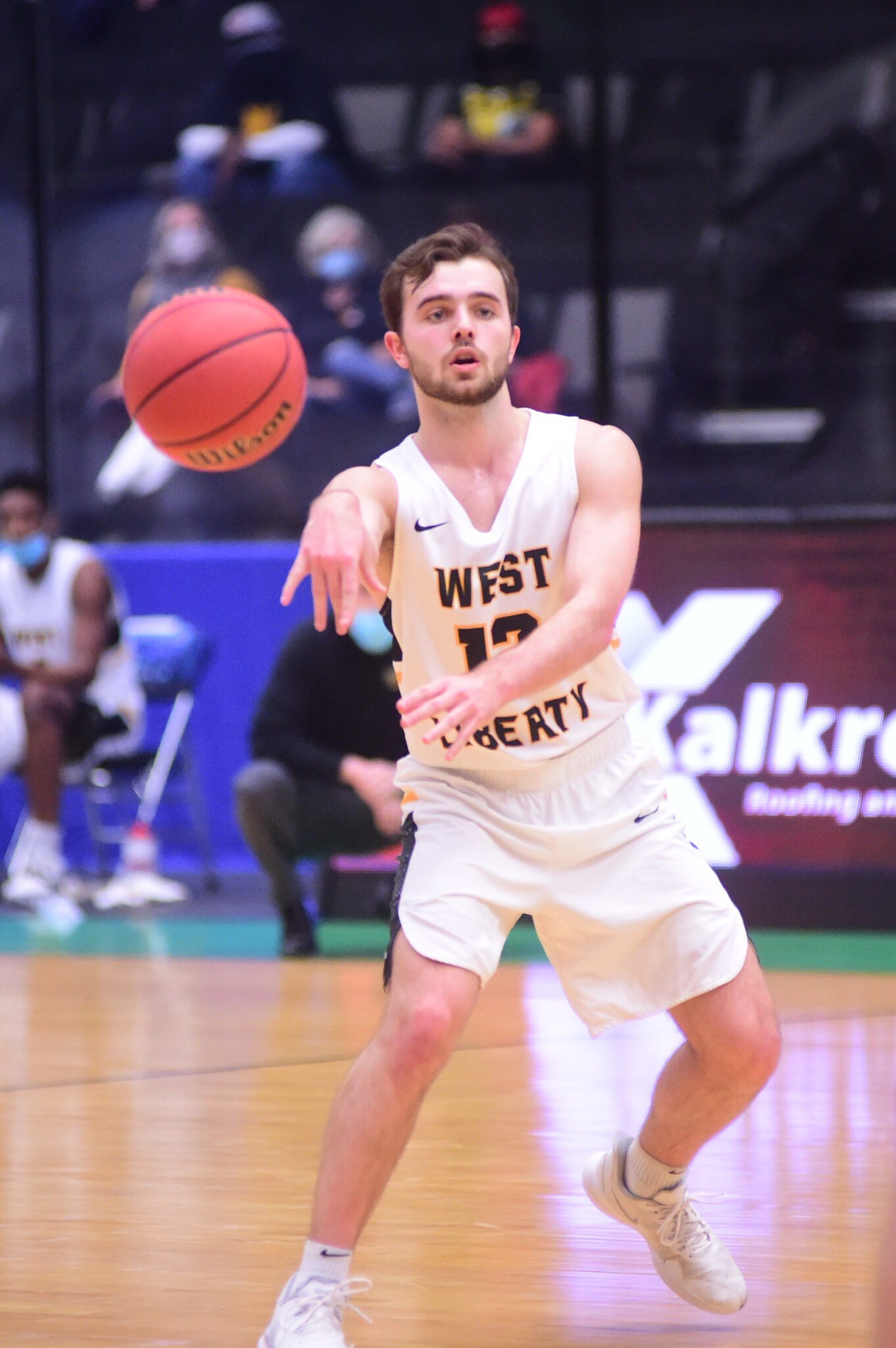 MORGANTOWN, W.Va. — The West Liberty Hilltoppers advanced to the NCAA Division II Elite Eight for the sixth time in a decade Tuesday evening with a win over #9 Hillsdale, 78-61.

“We played well,” said fourth year head coach Ben Howlett. “Our guys were engaged. They were engaged this whole tournament. It was a lot of fun to watch them play. We did things a little different. I thought our half-court defense was good. They were locked in, and we got three key victories out of it.”

With the win over Hillsdale, the Hilltoppers earn a date with the defending DII champion Northwest Missouri State (25-2). The Bearcats have lost by a combined three points in their two losses. Howlett was a guest on the Wednesday edition of the MetroNews Citynet Statewide Sportsline.

“We gotta take it one day at a time,” said Howlett. “We are who we are. We do not change for anyone. Everyone knows that we will play up-tempo. We are going to press. We obviously got our hands full with Northwest Missouri State. They are 66-3 over the last three years with two national championships. The way we are looking at it is that they have to play us too. We are not going to go there and sight see. We are going there to win. We feel well going into it.”

Styles of play may change from either side heading into a game. Coaches will scout on how to approach defeating their opponent whether that be from matchups or personnel. The Bearcats have four guys that are 6-6 and taller on this year’s roster.

“It is kind of the same thing that we just went up against Hillsdale,” stated Howlett on facing NMS. “They started three six-foot eight guys, which is what Northwest Missouri State is going to do. We are going to temp to shoot threes in transition. I think the one thing that we got in our favor is that they play six guys a game. For us, it is important to get our style of play going.”

“They do not beat themselves. They are able to do a little bit of everything. We got our hands full, but we like our chances.”

West Liberty ranked in the top-three in scoring defense, turnover margin, and opponents turnovers per game. The majority of those numbers come from the Hilltoppers high-tempo full-court press defense.

“If we can wear these guys, get them playing guys they do not usually do,” noted Howlett on trying to slow down the Bearcats. “Obviously, we are going to go nine to ten deep, which is what we do every game. We sub four in at a time that keeps us fresh.”

Teams can get remembered for a number of different reasons. Those teams can be defined on their accomplishments, players, or the overall success the group had. Howlett just enjoys the level of competitiveness his players have.

“I still think we are getting better as the year has gone on,” said Howlett. “We lost three games in a row earlier in the season. We were not playing our brand of basketball. We talk about our brand of basketball daily. Guys had to change their game, or we were not going to be good. We were sitting at 4-3, and there was a chance we were not going to make the NCAA tournament unless we changed things. I think the guys bought into the team.”

“I think these guys fight. These guys continue to fight. I feel like whatever the score is or how much time is left, we are still in the game because they never ever quit.”

“He is a guy that has been called Mr. March because he always seems to step up in the conference tournament and regional play,” stated Howlett on the Cleveland native. “He did such a phenomenal job the last three games. He guarded three post players that were all-conference and two of them were all-region, and he shut them down. One of the coaches mentioned in the post game that no one has ever been able to do what Marlon Moore did. He brings great energy.”

Another guy that has worn the Superman cape for West Liberty is Malik McKinney. The junior out of Bowie, Maryland nailed a buzzer beating three pointer against Glenville State to send them to the MEC final.

“He is going to be huge for us,” said Howlett on McKinney’s impact. “He is our best on-ball defender. Obviously playing Northwest Missouri State, they return the national player of the year so he will have his hands full guarding him. We will need him to be good for us.”

The Hilltoppers and Bearcats will square off next Wednesday at 7 p.m. in Evansville, Indiana.