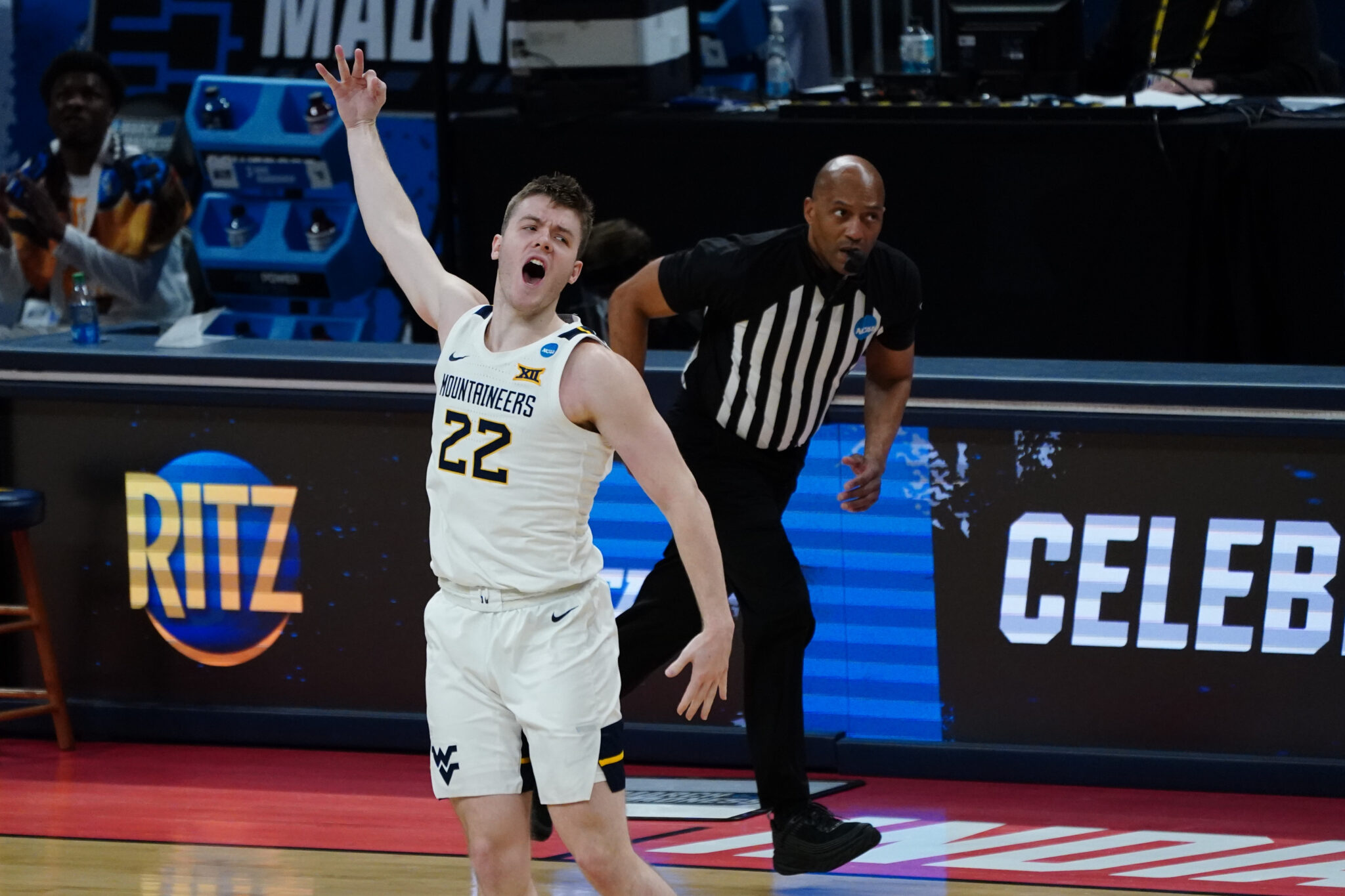 Mar 21, 2021; Indianapolis, Indiana, USA; West Virginia Mountaineers guard Sean McNeil (22) celebrates a play in the second half against the Syracuse Orange in the second round of the 2021 NCAA Tournament at Bankers Life Fieldhouse. Mandatory Credit: Kirby Lee-USA TODAY Sports

MORGANTOWN, W.Va. — WVU junior guard Sean McNeil is entering the NBA Draft process, with the possibility of returning for his senior season. McNeil made the announcement on his twitter site Tuesday afternoon.

McNeil flourished in his second season in a Mountaineer uniform. He started 23 of 29 games, doubling his minutes per game from his sophomore season. The Union, Ky. native averaged 12.2 points per game and drained 69 three-pointers. McNeil led the Mountaineers with 23 points (7-15 from three-point range) in WVU’s NCAA second round loss to Syracuse on Sunday.

McNeil can go through the entire NBA Draft process of team workouts and interviews but could still return to Morgantown. The date for the draft and pre-draft timelines have not yet been finalized.

Forever a Mountaineer. Thank you. pic.twitter.com/q90GMLK9RU