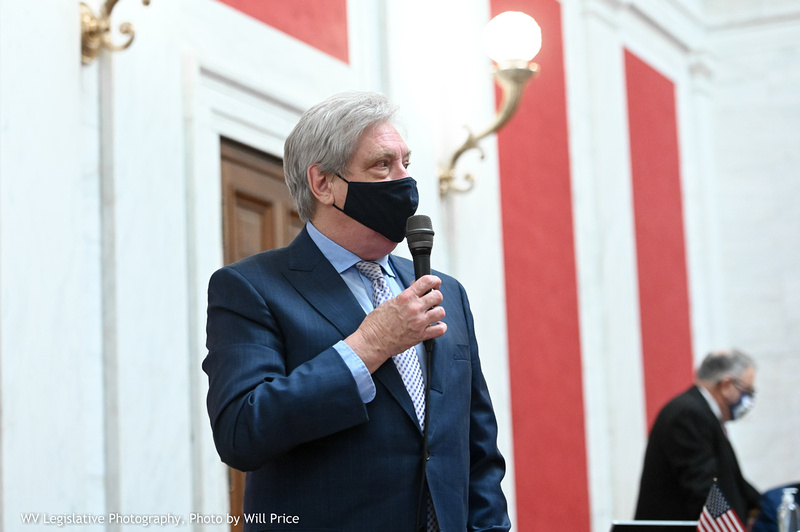 West Virginia first passed legislation allowing the use of marijuana for medical purposes in 2017. It hasn’t been fully implemented though.

Since the law has passed, though, “All this does is allow a different route of entry of the same medicine.” Maroney, a radiologist said, “The goal of this legislation is to help patients who need the help.”

Senator Mike Woelfel, D-Cabell, said he sponsored the bill because of the inspiration of friends who are suffering from cancer. He concluded they would benefit from a way to relieve their pain.

Woelfel described friends suffering from cancer who have said, ‘I can’t eat. I don’t have an appetite.'”

“There are medicinal benefits,” Takubo said.

“In my mind, if there is a regulated, manufactured way of producing that in an edible form that gives them another entry route, that can hopefully alleviate some of their issues, some of their elements, while at the same time allowing them to breathe, not damaging their lung function, there is a balance.”

A provision adopted earlier in committee does prohibit the sale of such edible products in shapes that might be enticing to children, such as humans, animals or fruit.

Senator Robert Karnes, R-Upshur, said that is still not limiting enough. He contended any edible product with a sugary or chocolate flavor could attract children.

“Little kids don’t necessarily know. They grab a bag that has this stuff in it,” Karnes said, citing a list of actual candy products meant to sound disgusting, like “Candy Scabs,” “Underpants” or “Ear Wax.”

Woelfel responded, “Senator, I’m glad to see you’re paying attention to public health issues in your comments. Thank you for that.”

Senator Mike Romano, D-Harrison, said “Fear-mongering is one of the reasons we’ve not moved forward with the rest of the country on this issue.

“We passed medical cannabis in 2017. Here we are still trying to get it up and running for the benefit of our veterans, combat veterans and so many people who would benefit from it.”

Others disagreed about the wisdom of loosening up the law.

Senator Mike Azinger, R-Wood, said he remains concerned that further implementation of medical marijuana is really meant as a way to open the door to recreational marijuana.

“Fundamentally, these marijuana issues, bills, medicinal and so on — I believe are clearly and almost transparently about kicking the door down for recreational marijuana,” Azinger said.

“This is a little piece of this.”