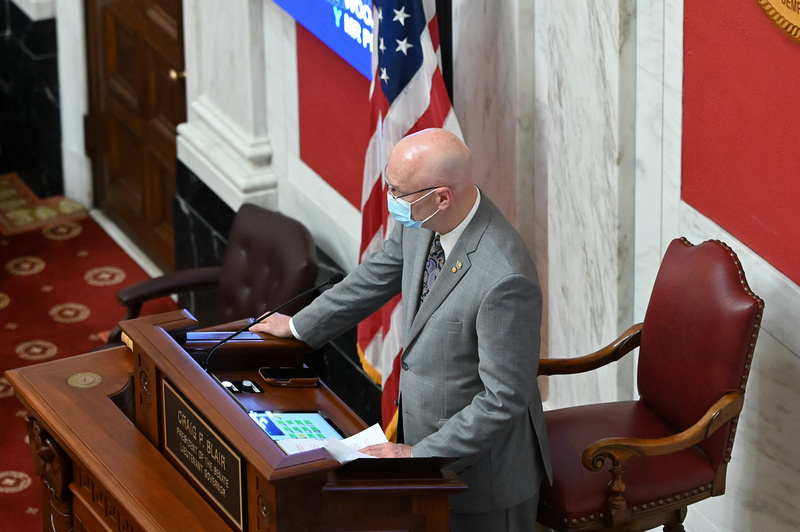 The full Senate will soon consider a resolution that could allow lawmakers to lower personal property taxes, including on vehicles.

The Senate Finance Committee approved the resolution Friday after about an hour of discussion, and it will now be considered by the full chamber. If both houses of the Legislature endorses the resolution, it would be on 2022 General Election ballots as a constitutional amendment to be approved by the public.

“Any time we have an opportunity to let the people say and have a vote, I don’t know why we wouldn’t give them that opportunity,” said Senator Mike Maroney, R-Marshall.

“We need to let the people decide it, and future legislatures can decide how to handle it depending on the economy of those days.”

The House Judiciary Committee plans a virtual public hearing on HJR 3, Property Tax Modernization Amendment, from 8 to 9 a.m.Monday, March 29. It will be streamed on the Legislature’s YouTube page.

The Senate resolution designates the issue as Amendment No. 1 also known as the “Motor Vehicle and Other Personal Property Tax Reduction Amendment.”

If voters approve a constitutional amendment to give the Legislature more flexibility, future legislatures could makes changes to personal property taxes — including machinery and equipment for manufacturers, inventory for businesses or automobiles for average citizens.

Jennifer Piercy, executive director of the county commissions association of West Virginia, said those local governments want to be involved in these decisions. She urged caution.

“We do have major concerns when it comes to the future of the continuity of county governments,” Piercy told senators. “This creates a great cloud of uncertainty for counties.”

The Senate Finance Committee passed another resolution too.

Senate Joint Resolution 1 could lead to the “Protection of the Right to Bear Arms Amendment.”

It would specify in the state Constitution that local governments could not pass gun laws stricter than state code. Again, both chambers of the Legislature would need to pass this by a two-thirds majority, and then the citizens would vote on the possible constitutional amendment.

The proposed amendment is summarized as: “To amend the State Constitution to prohibit the state, counties, municipalities or other political subdivisions of the state from restricting the right to keep and bear arms.“